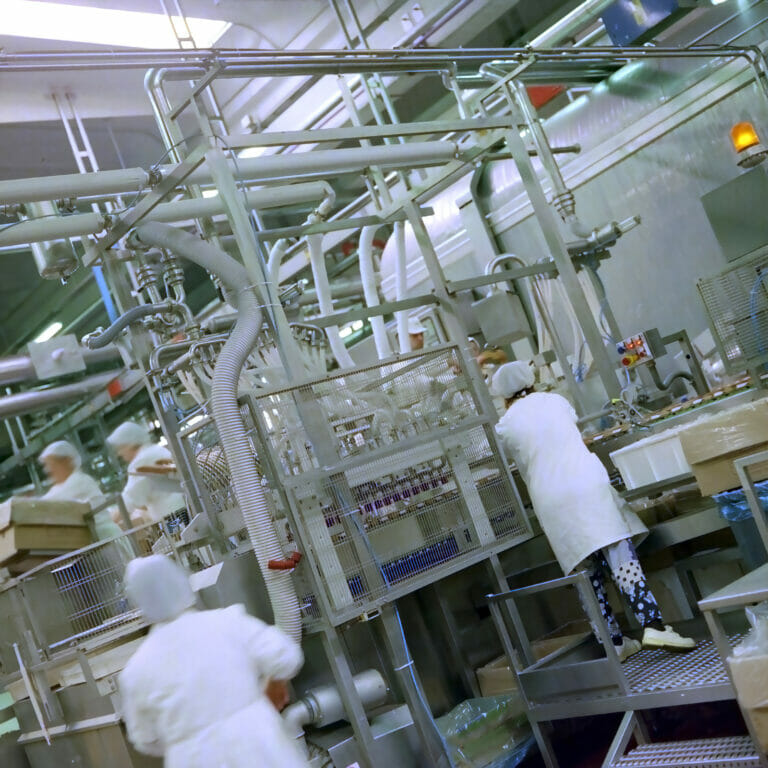 For most of us, when we think of food safety, we think of certain behaviors we need to be diligent about—things like keeping food at a safe temperature, washing our hands after using the bathroom, and throwing out leftovers in the fridge within four days.

But, for some — innovators in the food manufacturing world — facility design with food safety in mind is what they focus on most. These modern-day food safety heroes are saviors behind-the-scenes who make it their mission to design cutting-edge equipment and facilities that make safe food products for us to eat.

The topic of facility design as a critical component of preventing foodborne illness isn’t one most people think too much about. That is, until a deadly adulterated food scandal like the Peanut Corporation America (PCA) Salmonella outbreak hits. Sadly, one of our close friends, Jeff Almer, lost his beloved mother, Shirley Mae Almer, to a Salmonella-laced PCA-produced peanut butter cracker that she was enjoying one morning at her nursing home in Minnesota, where she was recovering from cancer treatment.

During the investigation, officials pinpointed the problem: Moisture from a leaky roof and a broken sprinkler system that caused Salmonella to grow on raw peanuts used in their peanut butter. Since the outbreak, the company has reported it has spent $275 million on facility upgrades and improved testing procedures to screen for contaminants.

Now, let’s take a look at some key considerations when designing a top-of-the-line food manufacturing facility and how culprits of contamination are being tackled.

What are the problems?

One of the biggest challenges food manufacturers face is keeping their equipment and facility sanitary. It’s a complex task.

When designing sanitary and hygienic machinery and the related infrastructure of a facility, along with establishing effective operating procedures for workers to follow, different companies use different approaches depending upon the type of product produced. So, problems around sanitary design do vary. However, some common issues that can cause contaminated food during manufacturing include:

What are the new best practices?

Whether a food production company is building a new facility or upgrading an old one, employing strategies that incorporate up-to-date sanitary design principles is paramount for food safety. And the go-to resource for understanding and executing those principles is the Food Safety Modernization Act (FSMA).

FSMA’s provisions outline a strong focus on preventing the presence of pathogens in food by implementing an effective prevention-based sanitation process. From a building design standpoint, this translates into incorporating things like: