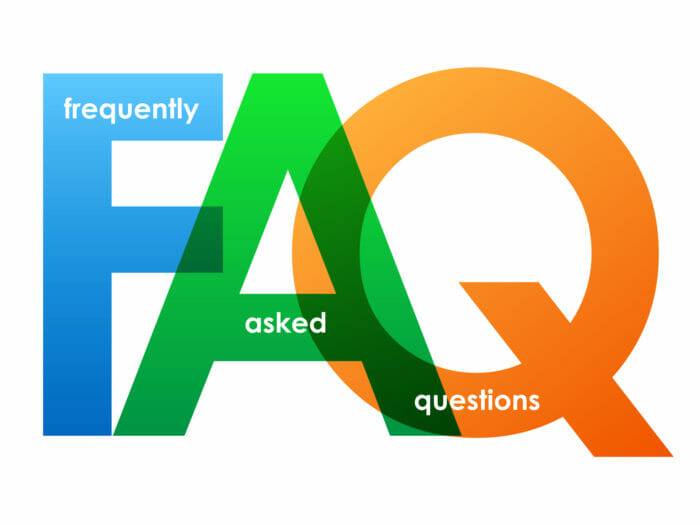 What is the difference between food poisoning, foodborne illness, and foodborne disease?

Most people use the terms “food poisoning”, “foodborne illness” and “foodborne disease” interchangeably.

Foodborne illness or disease, or food poisoning, is an infection or irritation of the gastrointestinal (GI) tract caused by food or beverages that contain harmful pathogens such as bacteria, parasites, or viruses.

In the United States, the Centers for Disease Control and Prevention (CDC) estimate 48 million people experience a foodborne illness annually. Of those 48 million, 128,000 people require hospitalization and about 3,000 illnesses result in death. [i]

When foods are cooked to safe temperatures, the pathogens (or germs) that cause foodborne illness are killed making the food safe to eat. Fresh produce, shellfish and other foods that are eaten raw are more susceptible to contamination.

We should footnote the CDC statistics. [MB1]

Is eating contaminated food the only way to get food poisoning?

Sick people can transfer harmful pathogens (or germs) to healthy people when someone handles or serves food without washing their hands thoroughly after using the bathroom.

This is called  fecal-oral transmission. Harmful bacteria can also be spread when water, contaminated by feces (poop), is used for drinking, cooking, washing produce and/or washing dishes.

Environments that are high-risk for this kind of transmission include: day cares, hospitals, nursing homes, and restaurants. Good hygiene practices must be followed. Sick and recovering people should stay at home to avoid contaminating others.

For people who are ill and have diarrheal accidents in community pools or local ponds, the same kind of high-risk transmission can happen. Petting zoos and fairs with animals are potential points of spread, especially for children, as is contact with reptiles and birds.

What is the "stomach flu"?

The term “stomach flu” is used incorrectly and interchangeably with “the flu”.

The flu, or influenza, is a seasonal respiratory illness and its symptoms are fever, congestion, muscle aches and fatigue.

Gastroenteritis (incorrectly called “stomach flu”) – includes irritation and inflammation of the stomach and intestines and can cause diarrhea, nausea, fever and vomiting.

Gastroenteritis is not associated with any type of influenza virus.

What are the symptoms of food poisoning?

Symptoms can range from mild to serious and can last from a few hours to several days. Sometimes symptoms are dependent on the type of microorganism present.

Most foodborne illnesses are acute, meaning they happen suddenly, are self-limiting in duration and most people recover on their own without treatment. Sometimes, foodborne illness may lead to more serious complications.

Some pathogens, such as Botulism (C. botulinum, which produces botulism toxins) affect the nervous system, causing symptoms such as:

If I get ill from food, is it always the last thing I ate?

Foodborne illness can be caused by food eaten hours ago, a couple of days ago, or even a few weeks ago.

Can I tell if a food is safe by the way it smells or tastes?

Foodborne illnesses are caused by bacteria, viruses and parasites that are too small to see, taste, smell, or change the texture of food.

This type of food contamination can lead to very serious illness. When food smells off or tastes funny our internal spoilage indicator tells us not to eat the food, because it could potentially upset our stomach.

What about the 5-second rule?

The 5-second rule is an urban myth.

Food cannot be dropped on the floor (where everybody walks, including your pets) or on the ground for any amount of time without with the risk of it coming into contact with germs. Even before 5 seconds pass, a piece of food that looks dirt-free may contain harmful pathogens. The kitchen is often the most common source of harmful microbes in your home.

When in doubt, throw it out.

Are some people more susceptible to food poisoning than others?

Every person’s immune system is unique and may react differently even when eating the same contaminated food.

Susceptibility is dependent on many factors including age, general health, and the strength of an individual’s immune system.

While certain populations such as small children, older adults, pregnant women, and those with underlying health issues or a compromised immune system are most at risk for severe foodborne disease, anyone can contract a serious case of foodborne illness.

Click here for more safe food guidelines for kids and older adults. The virulence (strength and impact) of a particular pathogen and the amount or pathogen ingested, as well as the timing and quality of medical care can also determine the severity and occurrence of foodborne illness.

For example, the pathogen Listeria is extremely dangerous for pregnant women.  This bacteria which can cause premature births and miscarriages is found in many ready-to-eat foods, such as hot dogs, cold cuts, soft cheeses and pâtés. Listeria grows in cool temperatures – even in your refrigerator – and can be killed by thoroughly heating foods to 165°F (74°C) before consumption.

Doesn’t the United States have the safest food supply in the world?

It’s impossible to say. Plus, the question kind of misses the point.

There is no statistical evidence to support such a claim, yet many food producers, lobbyists, lawmakers and even government regulators reiterate this statement every time there is a major food recall, foodborne illness outbreak or a call for serious conversation about the production of food in the U.S.

Factors such as cultural differences, severity of illness and varying accessibility to healthcare and insurance affect how many foodborne illnesses are reported and can result in misleading interpretations of data; therefore, governmental agencies develop estimates of how many illnesses may occur annually.

In the United States, there is not one individual person or federal agency that oversees food safety. The Food and Drug Administration (FDA) is responsible for regulation and safety of about 80% of the U.S. food supply, including pet food and imported foods. The USDA Food Safety and Inspection Service (FSIS) is responsible for the other 20% which is primarily meat and poultry.

The USDA, FDA, EPA (Environmental Protection Agency) and other agencies all play a role in overseeing food production and regulating food products in the U.S. and often operate under different rules with separate objectives.

Everybody — government, food producers, consumers — has a role in making food safe.

Is it safe to thaw meat on the counter? No.

The refrigerator is the safest place to thaw meat and poultry.

A fridge keeps meat out of the “temperature danger zone” which is between 40°F – 140°F. When meat is thawed on the kitchen counter the risk of time and temperature abuse increases.

Meat or poultry that is stored at room temperature (an environment between 40°F – 140°F)  allows bacteria – that is already present in the food – to multiply rapidly. If you need to thaw meat quickly, defrost it in the microwave and cook it immediately or defrost as part of cooking.

Should meat be washed prior to cooking? No.

By washing meat and poultry, you risk cross-contaminating the entire kitchen in the process (think splashing).

Does meat have to be cooked well-done in order to make it safe? No.

The only way to know that meat or poultry is cooked to an internal safe temperature (a temperature high enough to kill pathogens) is with a meat thermometer.

*A Note About Cross Contamination

Be sure to wash—with soap and hot water—your hands, utensils, dishes, cutting boards, countertops and anything else after coming into contact with raw meat or raw meat juices.

Should I be concerned about long-term health complications from foodborne illness?

You can find additional information here.

How concerned should I be about Salmonella?

Salmonella is a widespread and diverse pathogen – there are as many as 2,500 different strain or types of Salmonella!

Some strains are found in very specific types of food while others are found  more generally. Most people recover from a Salmonella infection but it can cause very serious complications including a debilitating disease known as Reactive Arthritis.

The very young, older adults, and those who are immune-compromised are most likely to develop serious complications. Cooking poultry and eggs to an internal temperature of 165°F (74°C) will kill bacteria, although, raw eggs and packaging liquid from raw chicken can cause cross-contamination on hands, utensils, counters, cutting boards, sinks, kitchen towels, and anything else they touch.

Make sure you wash your hands thoroughly with soap and water and sanitize any surfaces in the kitchen after handling raw poultry or eggs.

More information on salmonella and poultry.

Did you know that as of July 2020, Salmonella is not classified as an adulterant in poultry?

Basically this means producers are not required to withhold Salmonella-contaminated poultry product from being put into the human food chain. In case you didn’t know, Salmonella is the most frequently reported cause of foodborne illness.

Find out more and help us close that regulatory loophole.

I have a question

Do you have a food safety or foodborne illness-related QUESTION you wonder about? Click the button to the left and Ask a Scientist!