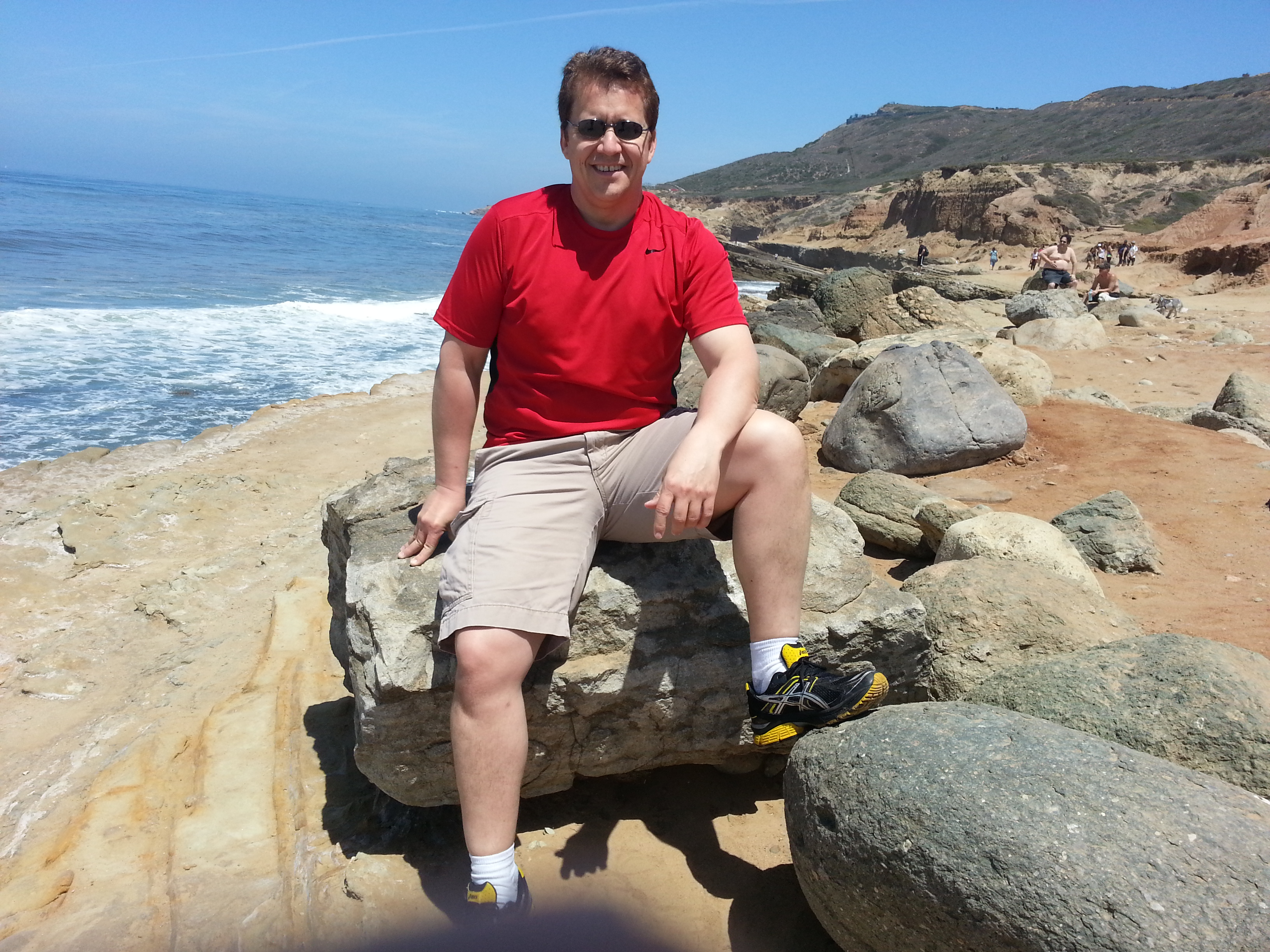 “I’m Very Happy They’re Locked Up, But Nothing Can Bring My Amazing Mom Back”

For Jeff Almer, a grieving and hearbroken son who lost his beloved mother in 2008 after she ate tainted peanut butter made by the Peanut Corporation of America (PCA), the successful conviction and groundbreaking sentencing of PCA executives is bittersweet.

The harsh 28-year sentencing of PCA’s top executive, Stewart Parnell, is very gratifying. It’s essentially a life sentence for this 62 year-old man. And Jeff’s testimony in federal court played a key role in bringing Parnell and other PCA execs to justice.

But Jeff and his tight-knit group of four siblings must still go on without the heart and soul of their family: Their full-of-love and super supportive mother, Shirley Mae, who they all adored (and still do). With his heart still shattered in a million pieces, Stop Foodborne Illness recently caught up with Jeff to get his take on the PCA sentencing and how his advocacy work has been helping others—and him, too.

Q: Jeff, let’s start with your thoughts on the prison terms for the PCA folks—the toughest-ever penalties assigned in a food poisoning outbreak. How does this make you feel?
A: On the one hand, the prison terms are an essential and necessary part of the equation for justice in this case and for us victims to move forward.

That being said, it doesn’t change what happened. It doesn’t change that I’ll never talk or laugh with my mother again. It doesn’t change how extraordinarily painful losing a loved one is for me, my family, and every family affected by the deadly peanut butter PCA sold. I’m very happy they’re locked up, but nothing can bring my amazing mom back to me. I miss her deeply every single day.

I am, however, heartened by this outcome. These stiff penalties have laid down a new gauntlet for other companies’ food safety behaviors and practices. Food industry leaders are sitting up and taking notice. The message is now clear that serious, life-altering repercussions are possible if proper measures aren’t taken to prevent contaminated food from reaching consumers.

Q: Shirley Mae was a very special mother and person. Tell us more about her story.
A: Shirley Mae was the youngest of a large family (11 children) that was raised in a small northern Minnesota town. Her parents were Finnish immigrants who instilled a strong work ethic and love of family attitude in their children. Her father, John, was a blacksmith by trade and her mother, Hilja, raised the children.

One thing that stands out about Mom is that she was a determined person who, once she set her mind to something, she made it happen! And she was very affectionate with us kids, our entire family, and others she cared about.

When Mom was diagnosed with brain cancer, I saw her determination and can-do attitude play out on a daily basis. She amazed her doctors, many of whom gave her grim outlooks on how long she’d live. One day she tired ME out refusing to sit down while I was helping her stand in an effort to regain her strength.

Q: What kind of mother was Shirley Mae to you and your siblings? And how has her death impacted you all and others in your community who knew her?
A: Her love, support, and strength were unmatched. She was the best mom any kid could ever dream of. It was almost unbearable to see her pass away. And from eating peanut butter? She was successful in battling and overcoming two kinds of cancer but then peanut butter ended up taking her down. Just unbelievable to me.

My mom’s funeral was packed full of people who just loved her. Many shared stories on how she had touched their lives and impacted them in some small or big way. The bowling center she owned had many customers remark on how it wouldn’t be the same with her sweet, welcoming presence now gone.

Along the way, my mom never told us kids how to live our lives, and she only offered advice when asked. She was generous with the hugs and kisses, and she really loved to tell humorous stories! She would often embellish the embarrassing or cute ones about me and my siblings while growing up. She loved to laugh and celebrate. One thing she always looked forward to was decorating her house (and her bowling alley) for all of the holidays.

Q: Do you feel your strong involvement in food safety advocacy has helped you move forward in some positive ways after your heart-wrenching loss?
A: Definitely.

Advocacy has been a positive thing for my heart and state of mind. I started as an advocate early on because it kept me busy in those difficult days following her death; but, more importantly, I felt I couldn’t simply stand by idly after reading up on current food safety practices at that time. It was (and still is) my goal to take a bad situation and make something positive out of   it—a value my mom instilled in her kids.

If you’re in a similar situation and feel pulled in the direction of becoming an advocate, I strongly encourage you to go for it. You could do something small or you can go big (there’s so much need for passionate voices who want to fight for positive change). The best place to start is with Stop Foodborne Illness. Reach out to Stanley Rutledge, Community Coordinator, when you’re ready. You can email him with a quick note at srutledge@stopfoodborneillness.org to start a conversation.

Without Stop Foodborne Illness’ help, I wouldn’t have been able to walk the empowering path filled with support from others that I have since my mom’s death. Anyone who has experienced their own food poisoning nightmare or that of a loved one can make a world of difference to help others through advocacy if they’ve got it in their heart.

Q: When it comes to sharing your story and helping people understand more about how to be food safe, what kind of approach do you take in everyday life?
A: Let me start by saying that my advocacy work and outspoken attitude on food safety has changed my persona for the better. I had always been somewhat quiet and only spoke up on rare occasions prior to our family’s tragedy. The circumstances of my mother’s death made me realize I could drive forward positive change and it was a worthy effort. Since then, I’ll bring up or talk about food safety at least once a week, if not daily. It’s become a big part of who I am.

Because I care about them, I like discussing food safety with friends (even though it’s not necessarily a fun topic). I’ve seen it result in my friends being more aware of risks to watch out for and actions they can take to prevent getting sick. As an example, I’ll sometimes help friends learn facts about an imported item such as shrimp. Or I’ll explain why sprouts are more likely to be contaminated than other foods. Sharing little things like that may ultimately help save someone’s life.

For anyone looking to learn more, I recommend starting with two websites I trust for credible information: Stop Foodborne Illness and Food Safety News.

Q: You’ve got a big interview about PCA and the Stewart Parnell saga coming up with producers of the hit TV show, American Greed. Very exciting! Tell us more about it.
A: For anyone not familiar with it, American Greed tells stories about people and companies motivated by greed and the devastating wake greed leaves behind.

I believe Stewart Parnell was absolutely motivated by his love of money. He had little to no regard for the safety of his customers, so this story is a perfect match for the show. The episode of American Greed I’ll be featured in mainly focuses on the victims and how Parnell’s greed has destroyed lives and families.

I’m excited to help tell this story and underscore just how destructive greed can be. It’s also a high profile way to send a clear message to those entrusted to produce food: Make sure it’s safe when it reaches consumers’ plates or face severe consequences that could land you in jail for life. I especially hope people out there cutting corners with food safety watch this show and become moved to change their ways.

This episode will air on American Greed as part of their new season (potentially as early as July 2017). I hope you’ll tune in and be sure to spread the word to your friends and family!

_________________________________________________________________
Jeff Almer is a food safety warrior who never wanted to be one. But, after his beloved mother, Shirley Mae, lost her life to contaminated peanut butter, Jeff became drawn to food safety advocacy to help others prevent food poisoning. Among his many advocacy accomplishments, Jeff worked closely with the U.S. Department of Justice and testified at the successful sentencing of Peanut Corporation of America (PCA) executives who are now locked up in federal prison. Jeff also served on a food safety panel with Senator Amy Klobuchar (MN) to help sign into law the Food Safety & Modernization Act (FSMA) in January 2011. He’s been an active advocate with Stop Foodborne Illness since 2009 during which time Jeff has joined the organization’s staff in Washington D.C. for various advocacy activities along with making several national media appearances and contributing to many publications promoting food safety. Jeff lives in Minnesota where he works in the Finance Department at Best Buy. In his free time, he enjoys golf and travel.