Shirley loved this country but was let down by a broken and ineffective food safety system...

Shirley was a determined and energetic woman who was committed to her Minnesota community and an active life with friends and family. After her husband passed away unexpectedly in 1990, Shirley took over the family’s bowling alley, and assisted with financing a second bowling center in the area. While she retired a few years ago, she continued to be a part of the bowling league and stayed active through gardening, bird-watching, and spending time with her five children and four grandchildren.

After battling two bouts with lung and brain cancer in 2007 and 2008, Shirley was declared cancer-free in October 2008. A few weeks later, she checked in to a short-term rehab care facility for the treatment of a relatively normal urinary tract infection, and was due to be home by Christmas. Two days before her scheduled release, Shirley began to suffer minor breathing difficulties. She had also complained of extreme cramping and diarrhea. Her family was devastated and caught totally off-guard when doctors told them she had just hours to live as she was suffering from what they thought was a severe case of pneumonia. Shirley passed away on December 21, 2008.

Nearly two weeks later, the grieving family was shocked to read an article in the local newspaper that an unidentified northern Minnesota woman had recently died from eating peanut butter contaminated with Salmonella. Her family grew suspicious about the circumstances of Shirley’s death and contacted the Minnesota Department of Health. They were shocked to learn then that their mother was the woman referred to in the newspaper article; she had died not from pneumonia but from Salmonella in peanut butter.

Since Shirley’s untimely death, her family has become advocates for reforming America’s food safety system. Shirley loved this country but was let down by a broken and ineffective food safety system. Cancer couldn’t claim her, but peanut butter did. 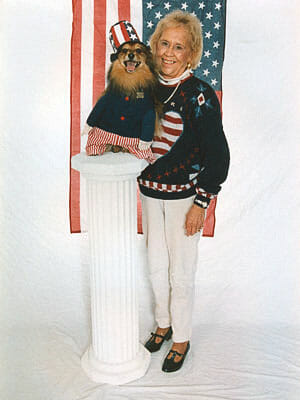 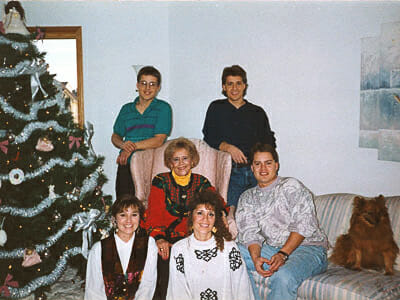 A family photo at Christmas 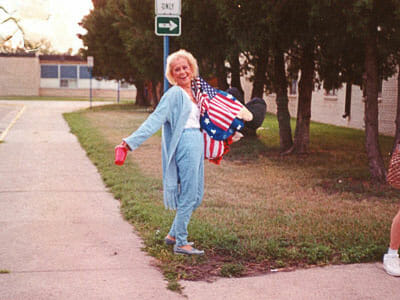 Cancer couldn’t claim her, but peanut butter did.