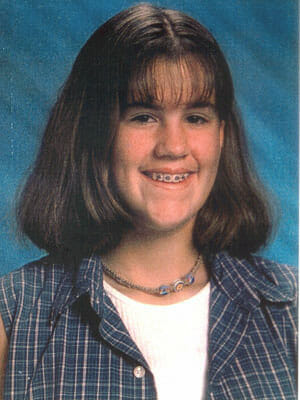 I had done everything right... clearly it wasn't enough to protect us from becoming victims again.

Eight months after my daughter Lindsay was stricken with Hepatitis A, my oldest daughter, Sara, then 14 years-old, was poisoned with E.coli O157:H7. She spent over two weeks in a hospital and went into the life threatening complication Hemolytic Uremic Syndrome (HUS) and went into kidney failure. She was rushed by ambulance to a children’s hospital in another city. There, she endured blood transfusions, endless pain and vomiting, bloody diarrhea, and her pancreas was severely compromised. Again, I had to watch as another child of mine was held down by hospital personnel while needles, tubes, and various equipment was attached to her.

The team of pediatric nephrologists treating Sara were trying to prepare my husband and I for the possibility that our child might die because she was so ill. I remember sitting in the hospital in denial. Still not believing that such a thing could be happening to my family a second time. I had done everything right. I had educated myself about foodborne illness, I had become politically involved in the issue, and I had done everything in my power to protect my children. Clearly, it wasn’t enough and it did nothing to protect us from becoming victims again. Sara now has permanent kidney damage, high blood pressure, and continues to see a pediatric nephrologist on a regular basis. I thank God every day that my daughter is still with us and didn’t lose her life like many victims have.

We were never able to trace the source of Sara’s illness. Because hundreds of people had not become ill, it was never investigated thoroughly by the local health department. Sara could have gotten sick from something I cooked, she could have gotten sick from something she ate in a restaurant, or she could have been poisoned by something served in her school lunch. We will probably never know and that is a difficult thing to live with. Incredibly, she was not important enough to even warrant an investigation. As a mother, I refuse to sit back while industry points their fingers at consumer education and somehow insinuates that I am to blame for my children getting sick, or it wasn’t prevented because of something I didn’t do. My children and I did nothing wrong and we are not to blame.

As a citizen, I expect public health and safety to be the paramount concern of lawmakers. The Lindsays and Saras of this world are not expendable in the pursuit of cheaper, less burdensome regulations. Furthermore, when the government is entering into contracts with food suppliers, the contract should not go to the lowest bidder if they aren’t also the safest bidder. 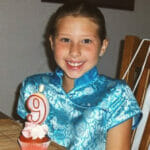 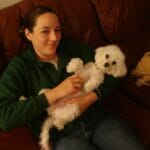