On May 1st, 2001 Nikki became ill with flu-like symptoms. Within 6 hours, we saw blood in her diarrhea. We called the hospital at 11:00pm that night. They suggested that we watch her closely and come in if it worsened. By 11:00am on May 2nd we went to the clinic in our home town. We were told she was dehydrated and they admitted her to a nearby hospital. On May 3rd by 8:00 pm we began the process of transferring her to Fairview Children’s hospital in Minneapolis. We arrived there by midnight and were met by a team of doctors. By 2:00am May 4th, we were told she showed the symptoms of HUS (hemolytic uremic syndrome); a form of E. coli. Commonly caused by undercooked hamburger, tainted water, or other causes, many of which are unknown to the medical field at this time. Due to the fact that Nikki was not a meat eater (she just plain did not like meat) and the fact that our family and her daycare family are extremely clean and cautious with meat handling and other forms of cleanliness, we are still searching to find the cause. The Minnesota Dept. of Health has taken all the steps they can by tracing everywhere we were in the week prior to Nikki’s illness. And, so far, no known cause has been found. This is still under investigation.

We had wonderful doctors who worked in teams at Fairview. They were all very optimistic. Stating that generally most all cases of HUS turn out 100% healthy after about 3 weeks of being sick.

The first plan of action by the doctors was to restore as much strength as they could into Nikki so they could operate. They did that. And on Friday the 4th in the afternoon they put in a central line, a p.d. tube in her stomach and a n.g. tube going from her nose to her stomach. This prepared Nikki’s little body for all that was to come. Surgery went very well. Nikki awoke from it uncomfortable and tried to pull the tubes out, which was a wonderful thing to see, it meant she was well enough to get mad. It was a very good sign to us and the doctors. That Friday night she began showing intense stomach pain. They gave her pain medicine and she then settled into better sleep for the night. All day Saturday the 5th, Nikki was acting lethargic. All that day my mom and I tried to get her to come to… a little bit more than she was.

By 3:30p.m. that afternoon, Nikki had a small seizure. Things were not going well. The doctors then moved her to intensive care. Her hemoglobin was low and from this point on, Nikki had a lot going on. The stomach was not getting better, she had developed pneumonia and a blood infection. Our families were all at the hospital with us from Friday on. Two relatives even flew in from out of state to be with Nikki. Although things were going tough, we still did not think Nikki would die.

By Monday, after being at Nikki’s side 5 nights and 6 days, I was getting somewhat hysterical at times with extreme worry. The doctors told my family that I needed to go home and get some rest. (Nothing that my husband and family didn’t already tell me.) So I agreed to go home to my sister’s and get the rest I needed so I could be better when Nikki got better. My husband Tom stayed with Nikki; he had stayed a few nights himself already but had been going home to be with the other kids. A very good friend of ours took Jessy, our 5-year-old, for the rest of the week. That freed me up to sleep. So we decided that Tom and I would switch off every other night at the hospital until Nikki was well; estimated time: about 3 weeks.

It was Tom’s turn to stay on May 10th. I was at our house that night. I awoke while running to the phone at 3:30a.m. Tom’s voice on the other end was the last thing I wanted to hear at that hour. I knew it was bad. He said, “Hi, Lissy. Your daddy is on his way to pick you up.” I just hit the floor crying. “No, No, No.” Tom said, “It’s okay, she’s just having a little trouble with her heart. She is still fighting.” We stayed on the phone together while I got ready and when we hung up, I went out in the drive way and paced while asking God aloud, “God, please don’t take my baby.” Over and over I begged him.

As my dad and I drove to Minneapolis (about an hour’s drive) I was clinging to hope saying things like, “it’s okay, we’ve just hit another bump in the road.” And, “she will be better when we get there.” Those feelings lasted about 40 minutes of the ride. Then all of the sudden I felt intense heat in my lower back. Very hot. Followed by extreme calmness. I felt flooded with calmness. Calmer than I have ever felt in my life. My legs stopped shaking, my stomach stopped hurting (it had pains from stress in it for about 36 hours prior). I did not think about why this was happening, but I did tell my dad what I was feeling. I found out later that my Dad knew at that time, that Nikki had probably just left us. As we arrived at the hospital and parked right in front, we found that to be true. Tom was the only family member with Nikki at the end. He told Nikki that Mommy’s on her way and that Mommy loves her so much and he told her many other things as well.

That day, May 11th, I believe that when Nikki died, God choose the strongest person (Nikki’s dad) to be the one with her. I also believe that Nikki and God put the strength inside me that they knew I needed. I can find no other explanation. I am the kind of person who was on the floor, crying, feeling helpless, unable to listen to the doctors because I was too afraid of what they would say. And then, all of the sudden, simultaneously to her death, comes extreme strength.

I feel no anger towards God or anyone. I feel like this was God’s plan for Nikki. I have a total of seven different thoughts that lead me to believe that this is all God’s plan. One of those seven is the last one given to me. It was the heat in my back and the flood of calmness. The other six signs were given to me before Nikki ever got sick. Just six different thoughts that came to my mind in the three months prior to Nikki’s illness. This leads me to believe it was God doing his work — We accept God’s plan. Our family now has a family angel watching over us. We know where Nikki is. She is in the best hands.

We feel a very strong connection with God. We miss her dearly, but I feel we have crossed over to the other side. The side of the world that accepts death as God’s way. And does not question it. The side that not only believes in God but the side who feels God’s love.

Although I can only speak for myself, I believe our family and extended families have all learned a great deal about God from our special sweet little Nicole. She is right with us every day, all day.

This story is written in hopes of helping people. Never underestimate God, He is real; that is why He is the only form of comfort at a time like this. It is our human side that is able to sin, it is also our human side that is able to hurt and suffer. If something happens in your life like this, look for the signs God will give you. Accept the strength he gives you. He will help you but only if you let Him. Please remember as you read this, that it was written by someone, who like many people, spent too much time working and not nearly enough time looking at the big picture. Written by someone who believed she could never in a million years handle a loss like this. Well, she knows now that she can handle this. She knows now that Nikki is still here, and always will be. She knows now that God does carry you when you need it. 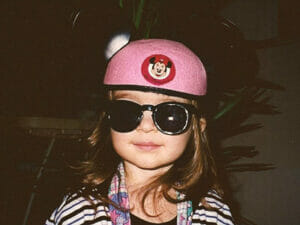 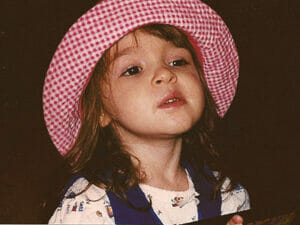 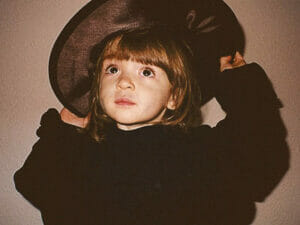 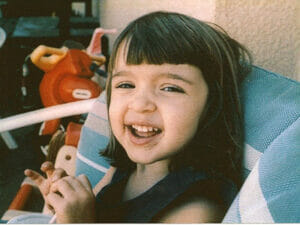