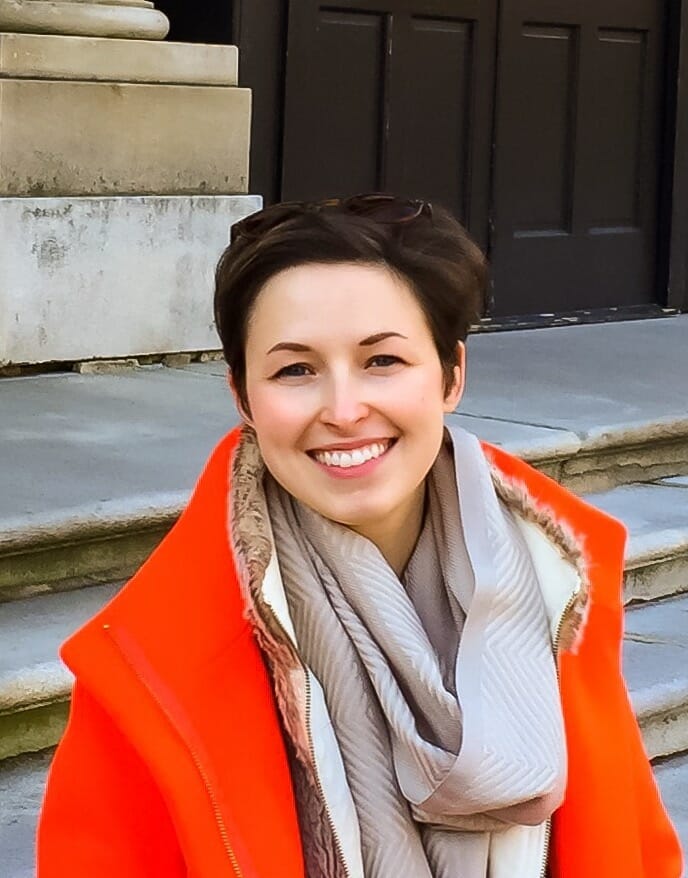 Frustration and fear were the last emotions I ever expected to feel as I began my junior year of college.

Loneliness, frustration, and fear were the last emotions I ever expected to feel as I began my junior year of college. Leaving school, living at home with my parents, and cloudy thoughts of dying were far beyond anything I could have ever imagined. I had never done drugs, drank in excess, or even missed a homework assignment; but within 48 hours of consuming a small spinach salad I found myself in this unfortunate position.

Always an outgoing, involved individual I had earned a place as a Gamma Chi in the fall of 2006. This role served as a leader to the incoming female students who wished to join a sorority on our campus. At the end of this two week long training and leadership position everyone had a couple days before the school year began. I spent much of this time trying to finish moving in to the house I shared with 2 roommates off campus and relishing the last few days of summer. The afternoon of my first day of classes on Wednesday August, 23 I stood in our small kitchen eating a small spinach salad with tomatoes and poppy seed dressing chatting with my new roommates. The next two days of classes continued normally, but that Saturday morning when I awoke I felt strange. The closest illness I knew to identify with my symptoms was the flu because I felt nauseous, with body aches and chills. My first instinct was to call my mother and tell her that I didn’t feel well and ask what she thought about my symptoms. She told me to rest, do the usual sick regimen like drinking plenty of fluids and see how I felt the next morning. Even though it was the middle of the day, I felt so weak I couldn’t do anything but sleep. That night I went to bed hoping that the next morning I would feel better, only to begin the first night of many terrible nights to come.

The pain in my stomach grew and seemed to settle into one burning spot that I couldn’t escape from, no matter which way I twisted or turned throughout the night. Then, the diarrhea began. During that one endless night I was forced to jump from bed and run into the bathroom 11 or 12 times. It may have gone on longer, but I lost count after that point. At age 20 I was so unable to hold it that a few times I didn’t make it to the bathroom before I lost control of my faculties. The next morning, I got up very early and forced myself to dress so that I could drive to the urgent treatment center where I had been in the past. No one I knew was around to take me and I was so blinded by the pain that I just left without remembering my cell phone.

Squirming on the hard plastic chair, counting the seconds until I was called back to the examining room, I had to keep running to the bathroom in the waiting room. When I was finally called back, I was forced to wait again. Unable to sit up, I lay back on the table and fell asleep. I have no idea how long I laid there before the doctor arrived. After a few questions she began pushing on my abdomen and when I cried out in pain, she told me she was almost positive that I had appendicitis and needed to go immediately to the emergency room. I felt like I was dreaming, but I slid off of the table and made my way back to the waiting room. As I stood there paying, I realized with dread that I didn’t have my cell phone and the treatment center didn’t have long distance service, so I wasn’t able to call any of my friends to come get me. So I made my way, slowly and painfully, to my car and drove back to my house where I ran into one of my roommates. When I asked if she could take me to the ER she said that she had to go to work, so I found my cell phone and left, alone. Driving to the ER I called my family and then my boyfriend ﾔwho happened to be out of town that day. Sobbing and in tremendous pain I parked and made my way into my second waiting room that day. I waited for over an hour on another hard plastic chair, with my eyes closed, trying not to breath because of the pain. After what seemed like a lifetime I was finally called to be examined.

The nurse determined that I had a fever and put me in a second waiting room for the doctor. A young, attractive man entered and I had to describe, completely embarrassed, everything that had happened thus far. After 6 hours of laying on a small bed behind a curtain the staff had drawn blood, taken a urine sample, done an MRI and tried to take a stool sample. However, another patient in the ER wouldn’t listen when I told her she couldn’t use the bathroom until my specimen was taken and she dumped it in the trash. Even though I told the nurse what happened, I have no idea to this day why they didn’t ask for another sample or why the other woman acted the way she did.

The ER doctor had given me dicyclomine to slow my stomach cramps, which gave me the first relief I had in 2 days. By this time my parents were driving to be with me, but they lived over 3 hours away, so about the time I was ready to be discharged, they arrived. It was determined at this point that I didn’t have appendicitis and simply a bad stomach virus. Driving me back to my house, my parents slept with me in my room that night, watching over me carefully. At my mother’s advice, I only took one Imodium to make sure that my sickness could run its course unfettered. This advice ultimately proved to be more valuable than any doctor’s advice, because the following afternoon I began hemorrhaging. If I had continued taking Imodium, the results of the next few days would have been incredibly different and probably far more horrific.

During the time that I felt better, I convinced my parents to return home. I was feeling much better and it seemed like the worst was over. After I called my mother to tell her that something was very, very wrong my father returned to find me in too much pain to walk, so he carried me out to his truck. After a long, miserable ride home we met my mother at an urgent treatment clinic. I had never been in a hospital, broken a bone or even had an I.V. started up until this point in my life. I remember being terrified of having an I.V. in my arm, but I needed fluids because I was so dehydrated from all of the diarrhea. Since it was so late, and many of the departments were closed, they administered Demerol and sent me home to return in the morning. The next morning, still hemorrhaging, we returned to the clinic for more tests. I was put in a wheelchair because it hurt so much to walk. I had another MRI, X-rays, blood work, the list goes on. When nothing could be determined, the clinic admitted me to the hospital. I sobbed through the whole conversation with the doctor and through the ride to the hospital. What was wrong with me!?! Was I dying?

After being admitted the staff administered more pain medication and started the real battery of tests: stool samples, many more MRIs, more blood work, enemas, nuclear testing, ultrasounds, pushing and prodding. All food was stopped in an effort to find the real source of the trauma and pain. I am a small person and my veins were unable to withstand so much of so many different drugs. One long, miserable night my I.V. had begun to back up and my vein collapsed, so the nurses began hunting for a new vein. My mother finally made them stop after 13 sticks and the next morning I was wheeled, terrified, to an operating room where a team made an incision in my right arm and inserted a PICC (peripherally inserted central) line, where a catheter is inserted in a vein close to one’s heart so that my veins could rest and the same medicine could be administered.

After 2 days of no developments and a team of doctors and specialists working on my case, a surgeon entered my room in the evening. In my hazy, drug induced state I remember him telling my family and me that he would have to remove my colon in order to stop the hemorrhaging and any further problems if I didn’t improve. I remember being so devastated that I let the drugs push me into a deep sleep, while my parents leaned over me crying. It was by far the scariest moment in my entire young life.

However, through an I.V. barrage of the most powerful drugs available over the next 3 days, I did improve greatly. Then, to our shock and surprise, the news returned to us from the – the culture revealed that I had ingested E. coli O157:H7, the worst strand of E. coli. After a total of 6 days in the hospital, I was released to go home with instructions to continue taking potassium and eat a gentle diet. My family and I hoped that this was the end, but unfortunately it wasn’t. Less than one week later, similar symptoms began occurring and I was again admitted to the hospital. After another week in the hospital, several more tests and another PICC line, it was determined that I had Clostridium difficile from the plethora of antibiotic drugs launched on my system because all of the bacteria, both good and bad, had been expelled from my system. With more medicine and a daily schedule of yogurt to provide good bacteria, I was able to go home and continue recovering.

During my recovery at home none of my sorority sisters and neither of my roommates called to ask how I was doing or the details of what had happened. It felt as though I had vanished from my own life, like I had died, but was granted the ability to watch my funeral and discover that no one came. Many people in my community where I grew up sent flowers or stopped by to say hello, but I was stricken by this feeling of abandonment and while I was still at home I wrote a letter explaining my choice to permanently leave the organization. To make matters worse, even though I still paid the rent, I refused to pay the utilities for a space I was not using, so my roommates and I shared a frosty existence over the next several months after my return until I was able to move out into an apartment of my own.

I ate spinach on August 23rd, 2006. I became violently sick on August 26th. I was in recovery until January, 2007. In many ways, I am still recovering and my life was altered in more ways than anyone could ever understand and this was a small part of my story. 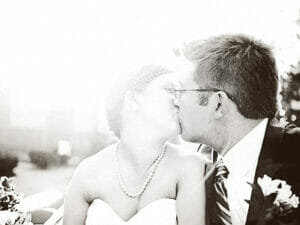 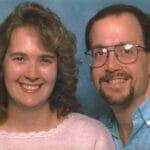 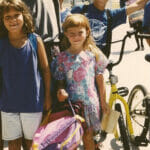