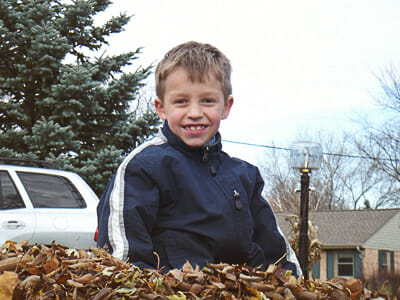 Although I told him he would be okay, in reality I had no idea what was happening to him.

Only after enjoying a Sunday afternoon cookout of burgers on the grill would July 23, 2009 change our lives forever. This is the day my two sons, Josh & Zach, and their father would begin their battle against the E. coli O157:H7 bacteria. It would begin with my youngest son, Josh, age 7, with stomach cramping and then followed with the constant vomiting. Zach, age 11 was about 10 hours behind mirroring all his symptoms. The following day is when the blood filled bowel movements came. It was so terrible to see both of my children in so much pain, crying and curling up into fetal positions holding their tummies. We had buckets and potties being filled multiple times an hour. My boys were sicker than I had ever seen them before.

Our youngest son was being hit the hardest, as he began to lose all his strength, to the point we had to carry him to the bathroom. We took him to our children’s hospital on the weekend and he was released with what they thought to be a stomach bug. Both of my boys were not doing well at this point. Josh had lost 8 lbs from his already small frame. There is nothing more saddening or upsetting than snuggling next to your sick child who quietly asks you, “Mommy, am I going to die?” Although I told him he would be okay, in reality I had no idea what was happening to him. By Monday, we took him into his pediatrician who said he must be admitted immediately to Children’s Hospital. We rushed Josh back to the hospital at which point we found out that he had E. coli O157:H7. Josh was very dehydrated, so he was put on an IV and admitted to his room.

My husband was getting over his stomach cramping and stayed home with our son Zach as he was fighting his own battle with E. coli. We were warned about what could happen with Josh and how this type of bacteria may cause HUS, hemolytic uremic syndrome. And at each point when Josh began to get worse, we were told what might happen next and indeed it would. Everything we were told could happen to our Josh, did happen. Thankfully, our son Zach was feeling better after seven long days of diarrhea and vomiting. Zach tested positive for E. coli but his blood test showed he was not getting HUS.

Josh is being monitored closely by the renal team at Children’s Hospital. He stayed on high blood pressure medication for several months and has had pneumonia twice and several colds following his hospital stay. Today, we have no idea what his future holds and what other health concerns may be in his future. I only know that with every sneeze, sniffle, or tummy ache I get very concerned that we are headed towards this nightmare again.

We can only hope that with the help of S.T.O.P and others that we won’t have to be afraid of what we eat anymore! I know my family has been severely affected by this forever. 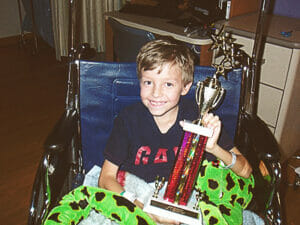 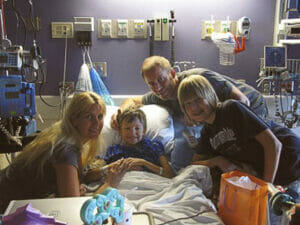 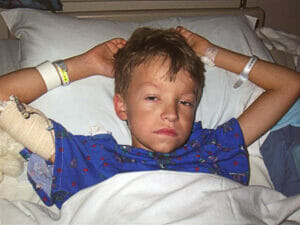 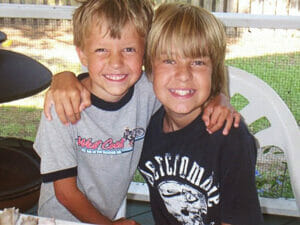 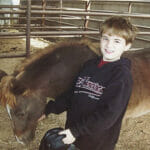 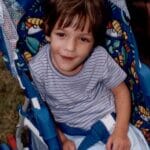