I could see that something was clearly wrong with my son but the doctors didn’t see it. 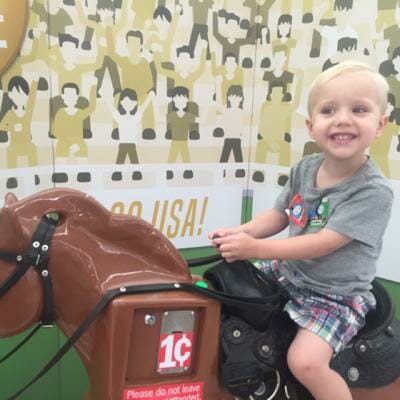 It was the Spring of 2016, and my husband and I had had a wonderful Easter with our family. Jensen, our sweet, blue-eyed little boy was the smallest one at the gathering and, being his bubbly and charming self, enjoyed the attention from all the adults as well as his five-year-old sister. He was a typical toddler – always on the go and curious about everybody and everything, and loving all the holiday treats and being with family, especially grandparents.

Early the next week he had some diarrhea, but we assumed his stomach was just upset from all the goodies over the weekend. It was spring break, so we were already planning on staying home and spending time together as a family. Though he seemed better a couple of days later, on Friday morning he slept in, and even wanted to snuggle in bed with Mommy and Daddy, which was very unusual for our normally active boy. When he finally woke up, he had vomited everywhere, something our remarkably healthy son had never done before. He was acting off … sleepy and lethargic, behaving really differently from his usual cheery and playful self. He’d get angry and yell, which was a far cry from his talkative and laid-back demeanor. Calling the pediatrician, I described all his symptoms, but the doctor assured me it was a stomach bug and nothing to worry about. To me, though, this seemed different than a normal stomach bug. Unfortunately, I didn’t know how right I was.

By Friday afternoon, Jensen was able to keep down some food. He was still very lethargic, back to having diarrhea, and absolutely wouldn’t leave my side. Saturday I called the doctor again and was told the same thing. “You just have to wait out the stomach virus.” On Sunday I noticed that, even with all the fluids he was keeping down and the Pedialyte we were giving him, he was urinating less than normal.

On Monday, I noticed that the pull-ups he wore to bed were completely dry. It was a pretty hard fight, but when I finally got him to go on the potty such a tiny amount of urine came out! I didn’t know it was even humanly possible to urinate such a small amount. I took him to the doctor’s office, where they would finally see him. After the usual questions, Jensen managed to pee a little in a cup for them. I remember overhearing the nurse ask if the doctor wanted to order a stool culture. She answered, “No, just the urine test is fine.” I wish I knew then what I know now, I would have demanded that stool culture. Jensen hadn’t had a fever once during his illness, and I was feeling like a crazy person. I could see that something was clearly wrong with my son but the doctors didn’t see it. He didn’t have the typical profuse and bloody diarrhea, so the doctor did not have reason to suspect anything like E. coli.

I was hopeful that he would perk up after not vomiting or having diarrhea the rest of the day Monday. But on Tuesday, I was still worried because his face was swollen and puffy. And he still wasn’t producing any urine, waking up with another dry diaper. We have a close friend whose husband is one of the doctors at the clinic where I bring my kids. Tuesday was his day off, but I was so filled with worry I phoned and asked if he could come over and check out Jensen. Initially, he looked at my son and said what I’d already heard – he’s sick. But he assured me he would think about what to do next. When he got home, he called and said his wife (a nurse) had convinced him to send us in for labs on Jensen immediately. His wife graciously ran over with the prescription for STAT labs, and we hurried off to the hospital. Getting Jensen’s blood drawn was traumatic in itself. My poor baby was so sick that they couldn’t find a vein, and so ended up having to prick his finger to get blood. It was a horrible two hours for just a few vials of blood.

Getting the results back from the blood work, our pediatrician friend called us as we were driving home and said we needed to turn around and get back to the hospital. I got off the interstate and pulled over so he could talk, and he explained that Jensen had something called hemolytic uremic syndrome or HUS. “He needs to start dialysis right away,” he said. What?! It was overwhelming, and I had no idea what this was that was making my little boy so sick. Especially because just a day ago we’d been told it was “just a normal stomach bug”. Holding back tears, I remember asking, “Will he be okay?” and he told me that Jensen was in the very best hands at Riley Hospital. Our pediatrician friend and his wife, as well as the many amazing doctors, nurses, and staff were an incredible gift to us, as they truly save lives.

Doctors at Riley told us that Jensen’s blood work was ‘impressive’ – though not in a good way. Jensen’s creatinine was nearly ten times what it should have been, his potassium was so high it could have stopped his heart, and his platelet numbers were so much lower than they should have been! What happened next was just a complete whirlwind.

He needed a blood transfusion and also emergency surgery to put in his dialysis catheter and central line, and to then begin peritoneal dialysis 24/7.

Adding to the tension, Jensen was in isolation. Because HUS is associated with harmful strains of E.coli that produce what’s known as a Shiga toxin, which was the suspected cause of his illness, precautions needed to be taken so he wouldn’t spread the bacteria to other children in the hospital. Until two stool cultures came back negative for the pathogenic E. coli, we had to wear gowns and gloves to even interact with our little boy. A negative result was happy news for us! It meant that Jensen could travel around the hospital on his breaks from dialysis, and play trains in the play room with other kids. When he got a little better he was even well enough to bring his wagon outside.

Sadly though, because of that negative result we will never have the positive proof that it was E.coli that caused my son to get HUS. During the first visit to the pediatrician, when the bacteria could have still been present in his stool, there was no culture ordered, and then after seven days in the hospital and not having a bowel movement, the bacteria had done its damage and was gone.

The doctors told my husband and I that HUS in children was often like a roller coaster taking one step forward and then two steps back. Jensen had to endure the better part of a month sick and in the hospital, getting tests done daily to monitor his blood levels, while being attached to monitors and machines. To say it was heart wrenching to see my precious baby suffer, doesn’t even begin to cover it. We are so grateful and fortunate that he quickly started responding to dialysis and medication, and that once he had made progress in the right direction there were no steps back. My husband always said that every time Jensen was given a new goal, he surpassed it, and did better than even the doctors had hoped. In part, we believe, because of the extraordinary efforts of the doctors, nurses, and hospital staff Jensen progressively decreased dialysis over 11 days, and was discharged from the hospital after 15 days.

No one else in our family was sick, so we were puzzled as to its origins. The health department called to do an interview, but we hadn’t eaten any of the foods one might regularly think of being associated with E. coli and, because I cook at home, had barely gone out to eat. It was a big question mark, and no one knew what could have been the cause of Jensen’s illness.

Then, a couple months later, the family member with whom we’d celebrated Easter got a call from their local supermarket saying records indicated that they had purchased some flour that was recalled because of E. coli O121, a strain that produces the Shiga toxin and causes HUS. That flour had only been used in baking for Easter–right before Jensen was sick! Though he didn’t eat anything raw, he was a toddler, and more susceptible. The raw flour could have been somewhere in the kitchen, on the floor, or anywhere, and he was a baby who liked to put his mouth on everything–even his shoes. A few months had passed since the flour was emptied into a container and used, so the bag and the UPC identifying it was gone. It was frustrating. As far as the health department was concerned, there was no proof to link his illness to the recall.

Today, Jensen is fully recovered from his HUS. For a while he was on blood pressure and other medications after his hospital stay, but he’s off them now. He had experienced pancreatitis, acidosis, and the protein in his urine lasted a year. He’s doing really, really well for how sick he was in the hospital. The doctors were great at communicating to us what we needed to know in the moment to deal with his HUS. Now, looking back and knowing what I do, I realize just how close to death he really was. We’re so grateful because we know that lot of kids who are as sick as he was end up much worse off than he is now.

The hardest part for us, as parents, is living with the fear that his damaged kidneys could fail again. I’ve always been a bit of a helicopter mom and germaphobe. This experience has definitely strengthened our faith as a family, and we fight every day to not wake up with fear. It’s a lot like PTSD – every time he even looks like he’s going to get sick I think it’s related to E coli, or that something like that could happen all over again.

As a mom, I did everything in my power to keep my children safe but I’ve realized, and God has shown me through this experience, that I can do everything I want to control things, and crazy stuff still happens. Jensen is so compassionate now for others, especially other children like him, who are hurting and sick. He even says that when he grows up, he wants to help kids with HUS and be a pediatric nephrologist. A pediatric nephrologist…and a train conductor! 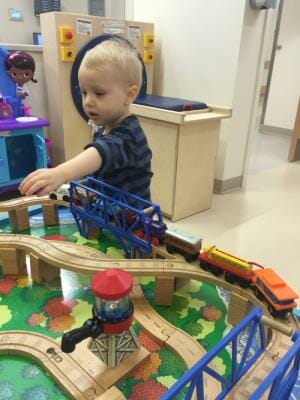 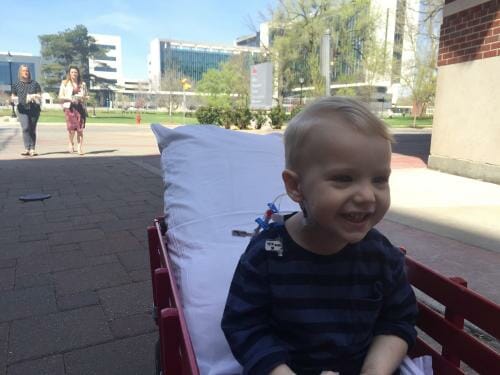 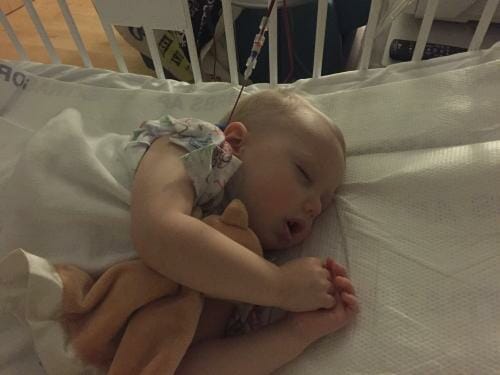