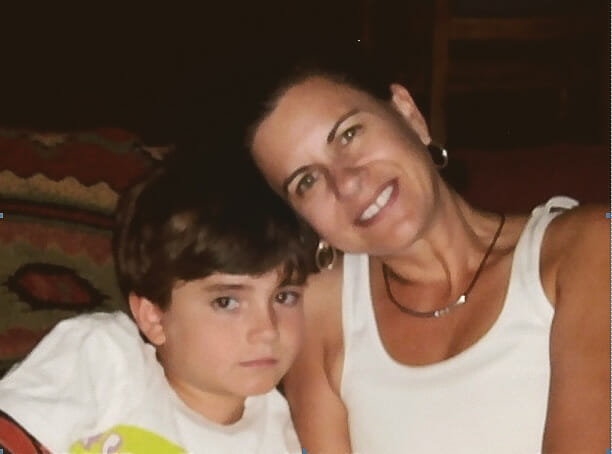 When I was in my ninth month of pregnancy with my first child, I made a mistake...

When I was in my ninth month of pregnancy with my first child, I made a mistake. Until then, I had been an aware and conscientious expectant mother, eating only organic, whole foods and avoiding sushi, deli meats, and soft cheeses; taking pre-natal vitamins and doing pre-natal yoga; and generally living carefully for the wellbeing of the baby growing inside me. By the third trimester, I was glowing and feeling strong and beautiful.

My neighbors gathered together to throw me a baby shower. In the spread on the table were slices of a meat I thought was ham. Would that it were ham, which I don’t eat anyway. But no, it was sliced turkey from a well known ham company. I ate a slice, more to be polite to the hostess, who was watching me load my plate at the buffet, than because I even wanted it.

We went home after the party and both my husband and I had some diarrhea and stomach distress over the next few days, his more severe than mine. We didn’t think anything of it. Both of us have suffered from parasites in the past, and since this incident cleared up, we weren’t very concerned. Then, a couple weeks after the party, I saw a notice in the newspaper, buried below the fold on an inside crease, reporting that the ham company was recalling some turkey meat due to listeria contamination.

A little sleuthing on the block told me that out of the 19 people at the party that night, 14 had gotten ill afterwards. One man with Hepatitis C had to be hospitalized, but the rest had recovered and moved on. The party hostess had long discarded the remains from the party, but was able to locate the receipt and the item numbers for the turkey meat matched those in the recall. I was infected with listeria!

My mistake was in not realizing that the listeria contamination comes from the unsanitary conditions of the spiral slicing machines at the meat processors, rather than from within the meat itself. I had realized the turkey was spiral sliced, but it didn’t fit my definition of “deli meat” in my head, so I ate it.

After researching on the internet and learning that listeria bacteria like to take up residence in the placenta where they cause stillbirth, I called my obstetrician She strongly recommended that I check into the hospital for 4 days where they could infuse me with i.v. antibiotics four times each day. I consulted several other doctors and ob.’s, and they concurred with this treatment and reassured me that this antibiotic was safe and had been used with pregnant women for decades. The objective was to flood the placenta with antibiotics to kill the listeria before they could kill my almost-fully-grown baby. I went willingly, knowing that the devastating alternative could be a stillbirth.

When my baby was born a couple weeks later, I felt relieved that he had made it through the danger and was now safe in my arms. Soon, though, we began to notice that things were not quite right. He projectile vomited constantly, and fluctuated between burning diarrhea and terrible constipation. Strangely, when he cried, he did not make tears. He could not sleep for long before he would awake screaming from burning in his stomach and throat. At one point, he fell off the bottom of the pediatric weight chart because, even though I made all of his organic baby food and he was an enthusiastic eater, he wasn’t keeping enough down.

We visited doctors and specialists, took x-rays and stool samples. We even mapped his DNA, wondering if he had a genetic abnormality because the lack of tears is so unusual and rare. Fortunately, he did not, but we still did not know how to help him.

Finally, when he was six we found a naturopath who suspected unidentified food and chemical sensitivities were causing his distress. A revolutionary new blood test called the Mediator Release Test (MRT) turned up 41 sensitivities, including things we had thought were innocuous and even healthy for him. Some of his favorite foods, like broccoli and lemonade, were not so good for him, it turned out.

At the time of my listeria infection, no one had ever mentioned that one of the side effects of pouring antibiotics into a developing fetus might be chronic distress related to an incomplete/immature digestive tract. The antibiotics had wiped out his entire internal flora and fauna, both the bad and the good that he needed to help digest his food, just before he emerged into the world. Even though I had supplemented him with probiotics since infancy, it wasn’t enough to restore the damage that had already been done.

Within two months of changing his diet using the results of the MRT blood test, he had gained 15 lbs. and grown 2.5 inches. The tantrums ceased and he began sleeping through the night. The transformation was astounding.

In Chinese medicine it is said that a child’s digestive system develops throughout the first six years of life. Because the antibiotics administered during the last weeks of gestation wiped out his digestive system, my son was not able to tolerate many foods and was being developmentally stunted.

Since the sympathetic tear response is one of the last things to develop in a fetus, it is possible that the listeria treatment interrupted this development and is responsible for his alachryma as well.

It is fair to say that being infected with listeria due to unsanitary conditions at the ham company had a tremendous impact on my and my family’s lives. As a third grader, my son chose to investigate synthetic food additives (i.e., food dyes and colors (FD&C)) for his science project. His struggles led me to change my career and become a naturopathic doctor (ND) with a practice that focuses on dietary management therapies.

While both he and I wish I hadn’t ever eaten that piece of spiral-cut turkey, our painful journey has led to a place where we can now help others who are in chronic physical distress lead more comfortable lives while raising awareness about the safety of our food supply.

Inventor and Speaker Elizabeth Yarnell, ND, CLT, is the Director of the Fight MS with Food project. www.ElizabethYarnell.com 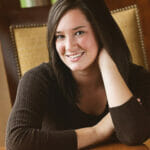 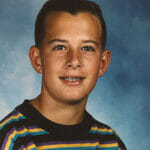