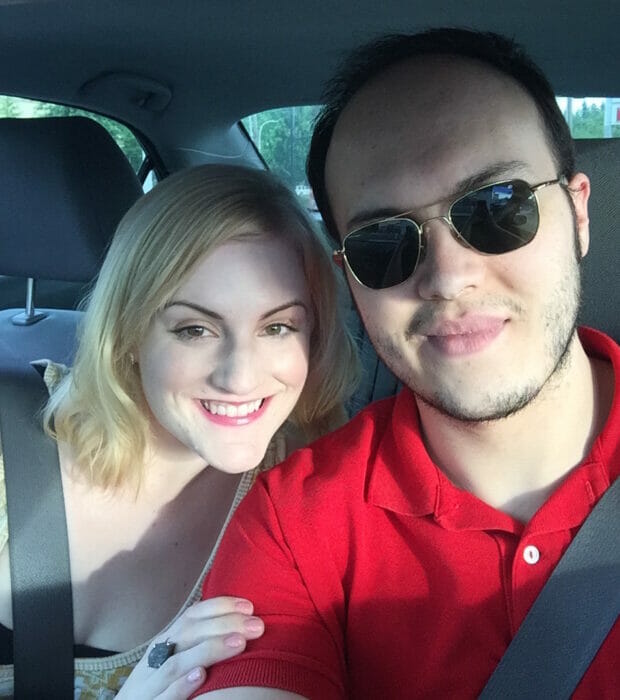 I have been sick before, but nothing like the 10 days I was sick with E. coli poisoning.  I ate at a popular national burrito chain in Lake Oswego on Friday, October 23, 2015.  For several months, I have suffered through a severe physical illness, a slow recovery and the mental anguish and trauma of the events.

I began to feel fatigued with muscle aches, stomach pain and diarrhea early Sunday morning (10/25/15).  My wife had similar symptoms so I thought the illness was a stomach virus or flu.  The symptoms began to worsen with each day.  Fatigue and muscle aches turned into feeling unable to get out of bed, struggling with basic tasks that required effort.  Stomach aches turned to excruciating pain, like my guts were being pushed and pulled upon.  My stomach distended and my diarrhea turned bloody. These symptoms worsened in severity and affect on me over the course of five days.

The absolute worst of the illness was from Wednesday to Friday.  The pains in my stomach were so severe and constant that I could only lay on my back perfectly still, otherwise I would feel an intense cramping and sharp pain throughout my intestines and stomach.  I was unable to eat, and could only drink water and sport’s drinks to give me nutrition.  Partly this was done because eating created even greater cramping and pain as well as the need to go to the bathroom, but also because I hoped that not eating would result in a reduction in my pain.  This was not to be the case, as my bloody diarrhea was constant.  Imagine having the urge to go to the bathroom every 15 minutes to try to reduce severe pain and seeing that your waste was blood and what appeared to be small bits of intestinal lining.  This intensity went on for over 48 hours.  I began experiencing nausea and a fever of 100 degrees.

I was unable to sleep, and just resting was impossible.  I was truly scared for my life as I had never experienced an illness of this magnitude and severity.  It was unrelenting and worsened as time went on.  I thought I might die. My wife, on several occasions, assured me that I would not die and that it would pass.  Eventually I was so exhausted and mentally fatigued that I sought medical treatment at an Urgent Care facility.  Literally within 30 seconds of being seen I was instructed by a nurse that I had to be seen at the emergency room of a hospital.  Saying my skin “looked green” the nurse said the care I required exceeded what the Urgent Care could offer.  This was difficult for me to hear and I broke down emotionally and I could barely walk.  I mustered what strength I had left and my wife took me to the hospital which was several miles away.

I was admitted to the ER and, even with my constant drinking of fluids, I was significantly dehydrated. After receiving a couple bags of fluid to hydrate me, I provided blood and stool samples for testing.  The ER staff were unsure of what was the matter with me and could only provide me care to help decrease the severity of the symptoms.  I received nausea medication and medication for the severe stomach pains I was still having through this whole ordeal.  With no other care they could provide I was sent home after 6 or so hours in the emergency room.  I was so saddened and upset that even after receiving this care I was still in tremendous pain and discomfort.

I then spent the next several days dealing with these symptoms and finding small relief through the pain medication. On Saturday, October 31, I received a call from the ER doctor.  She told me that I had tested positive for E. coli and asked me whether I had eaten at [this particular restaurant] in the past two weeks.  I told her that I had and she informed me of their investigation which was now widely known.  This was the first time I had heard about the problem being E. coli or that it was related to this restaurant.  I was shocked and saddened because I had enjoyed meals there often and considered it my favorite local place to eat.  She also informed me that I needed to watch my condition because this particular form of the bacteria could potentially lead to kidney failure.  Hearing this caused a tremendous amount of anxiety and fear, that after everything I had gone through with the illness, I was going to have kidney failure and be permanently disabled or lose my life.

It was not until Monday, November 2, that my symptoms decreased to the point where I was able to visit my primary care physician for a follow-up. My recovery has been slow and extremely frustrating.  I was not able to work until more than two weeks after I first became sick.  I am self-employed and I feared that I would lose all of my clients and I was too sick to pursue other clients.  My wife is transitioning to a new career and I worried that we would end up with no income at all.

Even with the severe physical symptoms abating, I still felt intense fatigue and, until recently, suffered with stomach discomfort after eating. I still struggle with the mental and emotional effects.  I truly feel that what I had experienced was torture or as close to being tortured as I would ever hope to be. I have had persistent anxiety and panic since the first symptoms.  I feel stress from the physical symptoms, the slow recovery, and the threat that this incident had to my livelihood.  I am still struggling to enjoy a normal life. The intense emotion I feel around my own mortality, makes me wonder whether I will ever feel like myself again or whether I will have long-term effects from this illness.  I recently saw a therapist to try to process this trauma and its outcome.  I honestly feel like there was a Chris before this incident and a Chris after and that they are two different people. I worry about my future, specifically whether I will be healthy, able to earn a living, and regain my sense of self and happiness.

I wish that I could express to another person what this experience has been like for me.  The physical symptoms are so much more severe than a typical stomach flu or food poisoning, but the truly difficult part has been the emotional anguish I have felt.  This illness has been traumatic for me and I still struggle with the effects of it.  I wish it would never happen to another person and I greatly fear having to go through it again when I am older or less healthy – I truly believe it would kill me.  I also wish that others would be able to understand how scary it is to feel your life slipping away through illness like this.  Feeling like your body is out of control.  For it all to occur from eating what I thought was clean and healthy food is sad for me and I hope that no one ever has to feel or experience what I went through.