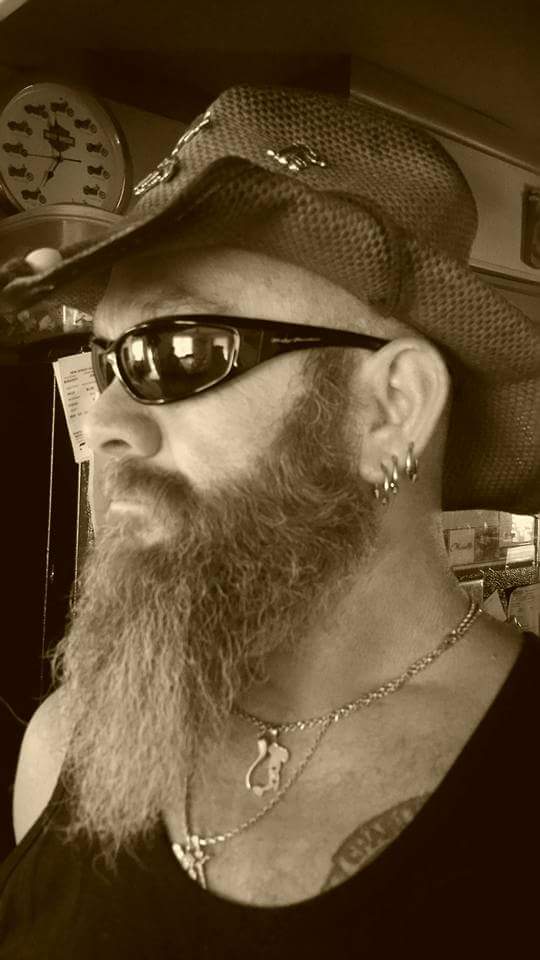 As he helplessly lay there he looked at me and said, “I don’t want to go through this again.”

The evening of June 3rd, 2016, was like any other Friday – after work we headed home and ordered out. My husband Charles, who was 49 at the time, called a favorite pizza place in our hometown of National Park, NJ, for a half sausage Sicilian pizza for pick up. When he came home he said, “The cook forgot the sausage, so when he remembered he put his hand in the container and threw the sausage on half the pizza.” We didn’t think anything about that and went ahead and ate our meal, finishing around 6:30 pm. At about 10 o’clock Charles went to work in his tow truck. I went to bed and tried to sleep, but I had horrible lower stomach cramps and loose bowels. Finally, it passed about midnight.

At 2 am Charles came home in horrible stomach pain, vomiting and with loose stools. I gave him fluids and Tylenol, but as the hours passed he kept vomiting. Throughout the weekend he could not keep water down. Finally, on Sunday about 8:30 pm, I called our family doctor who said to take Charles to the ER in the morning if it doesn’t stop. By this time, he was running fevers from 101° – 103° F.

On Monday, June 6th, I took Charles to the hospital in Woodbury, NJ where he was admitted with dehydration, fever, and kidney problems (including horrible pains in his stomach and right kidney). They took x-rays, CT and ultrasound scans, did blood work, and treated him with saline solution, intravenous antibiotics, and morphine for pain. Two days later he was discharged.

On June 10th, the infectious disease doctor called me at work and said, “I have bad news. Your husband has E. coli and it is life-threatening – you need to get him back to the hospital today.” We were told to go to the 3rd floor for outpatient treatment which involved getting a PICC line. We arrived at the hospital at the 1 pm, like they’d asked. Before we could enter the building they had to notify the CDC to see if it was safe for Charles to enter the hospital. Thankfully, it was. He got the PICC line and started treatment, so for the next ten days he’d have to go to the hospital from one to two hours every day.

June 21st – Father’s Day: It was a happy day. We celebrated his last treatment and thought we had nothing else to ever worry about because he was all clear of E. coli.

Then, on Friday August 12, without any warning, Charles woke up at 6 am to vomiting, and pain in his right kidney and lower stomach, and a fever of 101°F. He stayed home from work, taking Tylenol and fluids.

By Saturday evening all hell broke loose! His fever spiked to 104°F, his body was covered in sweat, he was breathing rapidly, and couldn’t even stand up. He said to me, “I need the hospital now …” I immediately drove him back to Woodbury. “He can’t keep his head up, and he’s passing out,” I said to the front desk. But the attendant made us wait for two very long, interminable hours. When they finally took us into the ER, Charles was incoherent and lifeless. His blood pressure was severely low (70/40) and dropping, and he was becoming septic throughout his whole body. We were suddenly back in this nightmare again – they hooked him up to IV fluids and antibiotics with a central line in his groin giving IV meds to his heart every six minutes. They were trying to raise his blood pressure. The doctors said he could crash at any moment, as they took CTs, x-rays, blood and urine testing. They told me he could die right here, and that he had gas around his right kidney which indicated there was damage and organ failure. His body was shutting down. As he helplessly lay there he looked at me and said, “I don’t want to go through this again.” “Let me go be with my father in heaven, and make sure you keep my tow truck business running.” My mind was racing and my emotions were running in every direction. I knew I had to hold back the tears and be strong for him. I was praying, “God, PLEASE save him!”

I don’t know what others may believe about spirits, but I could smell his dad’s body all over my husband. As Charles lay there, it was as if his dad was laying on him and not letting him go with him.

So, from 9 pm on August 13th, to 6 am on August 14th they got him stabilized and moved to the ICU. Every day the doctor came to make sure his right kidney wasn’t going to have to be removed. The doctor said he would only remove it, if it became a matter of life or death, to save him. Charles was blown up like a balloon and was 15 pounds heavier because of the kidney failure. On Monday, the 15th, his urine came out dark brown, thick and bubbly – it was scary.

The next day he was moved to the seventh floor which was for kidney and heart patients. At first he shared a room, but a short time later was moved to isolation because the blood work came back showing E. coli. Every day he was treated with antibiotics, fluids, pain meds, and tested and scanned. His fever wouldn’t break for over a week. On August 20th, he was allowed to come home with a small fever which still showed signs of infection. They put in a PICC line and every day for 5 days I had to hook up his self-administering antibiotic every 12 hours. Thankfully, a nurse came to our house to show me how to take care of it and hook it up. Finally, the PICC line was removed on Wednesday, the 24th.

For days after that, my husband’s body was so swollen from retaining water that he had a hard time walking. A week later the swelling was gone, he’s lost over 15 pounds, and he was very weak for many days. It looked like the E. coli had eaten his body.

How do I, as a spouse, talk about the emotions and thoughts, and the nonstop crying that I have gone through? I was like a zombie. Every day from 6 am to 10 pm I would sit with my husband at his bedside in the hospital. I would go home to sleep and cry, and get back up and start all over again at 6 am, every morning after.

So many friends and family would call, and ask for updates on Facebook. Though I wanted to, I couldn’t keep up with everyone personally, so I would post about everything that was going on. God give me strength! I still, to this day, will cry a river when I have to talk about it. No family should ever have to face what our family has gone through. I wouldn’t wish this on anybody. More than ever, we know now to appreciate every day we have each other. I thank Jesus each day, and pray my husband is not sick again and that the E. coli will not reoccur. I ask my husband if I sound like a broken record every day, asking, “Are you okay today?” We are so scared, watching everything we eat and more. When death is knocking at your door, it changes you for life.

We are blessed today. 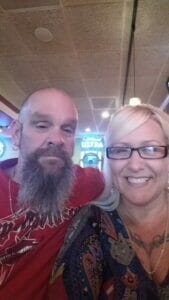 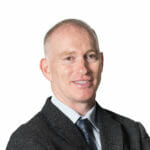 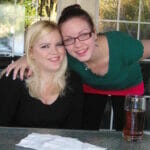