I thought I was good to go. I could not have been more wrong.

I was 38 years old when I suffered reactive arthritis as the result of a foodborne illness. In May 2012 I experienced severe stomach cramps, diarrhea and loss of appetite over the course of several days. I’d dealt with a foodborne illness in the past, but this particular bout was more painful, debilitating and persistent than any other “food poisoning” or “stomach flu” I had ever experienced. I was not myself for about three weeks.

By June, I was back to normal for the most part and had all but forgotten about my illness. On Friday, June 8, however, I was in the restroom at work noticing a strange sensation as I was urinating. I’d never felt this burning, ever. Throughout the day, every time I used the toilet I continued having this sensation. “Did I have a bladder or urinary tract infection?” I wondered, or, more embarrassingly, an STD? Within a day though, this burning sensation went away and I assumed that whatever it was it had resolved itself.

The following Monday was a particularly important day for me at work. I am an attorney and was making a pitch to a prospective client to handle its legal work. It was a potentially lucrative account, and I needed to be on my A game. While I was more than prepared and overall gave a pretty good presentation, I was distracted and paranoid because my left eye was in a lot of pain and was very red and oozing. I wondered if I was coming down with pink eye. When it persisted into the next day, I called my doctor only to find he was booked solid. I explained my eye issues and he agreed it was probably an infection, prescribing eye drops for me. By the following morning, the “eye infection” was gone and I thought I was good to go.

I could not have been more wrong. I soon began experiencing mild pain in my left knee. At first I thought nothing of it since I am very active in recreational sports and had recently tweaked my knee in a softball game. I assumed the pain was related to that. As the days passed my symptoms spread and got worse. Within 3 days both my knees and ankles were severely swollen. Walking was extremely difficult and the pain was unbearable.

When Monday arrived again I was in such pain that I knew I needed to stay home and see a doctor. When I woke that morning I got on the computer and out of curiosity googled something like, “spontaneous knee and ankle pain and swelling”.  It was through my browsing that I came across the term, “reactive arthritis”. Considering my series of symptoms I was certain that’s what I was suffering from. Seeing that it often resulted from a foodborne illness, I was certain the doctor would concur. When I saw him that afternoon, he agreed based on the sequence of my symptoms that I most likely was suffering from reactive arthritis. He referred me to a rheumatologist whose expertise in arthritis would help in combatting this problem.

The next several months were a roller coaster ride. Mostly painful days, some better than others. Frustration with my circumstances led to self-pity which quickly slid into depression. I was on prescribed medication and massive doses of Prednisone to try to reduce my pain and swelling and reverse the adverse autoimmune repercussions of reactive arthritis.

Blood tests had confirmed that I was positive for a genetic marker that indicated greater susceptibility to reactive arthritis. And my rheumatologist’s diagnosis confirmed all the features of the condition. For three weeks nothing was happening and I starting thinking I was given the wrong drugs. Then, finally, something clicked. By early August, after several grueling weeks of staying at home bed-ridden, I was walking normally again and going back at work.

The pain and swelling along with the nearly complete lack of mobility left me very weak. Despite having the appetite of someone on high doses of steroids I lost a lot of weight simply because the muscles in my lower body atrophied. It was several months before I regained my strength. Additionally, I had to wean myself off the steroids. Over the course of several more weeks, being off the drugs had a directly opposite effect to being on them – I gained a lot of weight. Due to the damage the steroids had on my immune system I developed conditions, like thrush, that I had never experienced before.

I have since managed to put my life and body back together. I took up long distance running, mostly to lose weight from the steroids, and found that I enjoyed it. It feels great being able to be active again. In fact, if anything good has come from this, it’s that I am probably in better shape than I’ve been since my twenties. Nevertheless, I do have lingering joint pain. My fight with reactive arthritis aged my body about 5 years. I’m in good shape, but am slower and lack the range of motion I used to have. More frightening than the physical aspect is the mental and emotional challenge that remains. Now that I know that I am particularly susceptible to reactive arthritis I am always thinking about its possible return. I am constantly worried about food and whether it is safe to eat. While I do have my suspicions, I still lack any tangible proof of where my foodborne illness originated, so I find that I am skeptical about every place I eat. I don’t know if that insecurity will ever go away. I support efforts at better oversight and clearer regulation of the food system. I appreciate Stop Foodborne Illness taking action toward ensuring that no one else ever has to suffer the horrible consequences that I faced (and continue to face) because of something I ate. 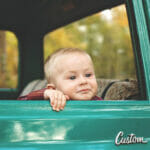 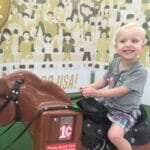