We never imagined that something that seemed so wholesome would make our child so sick. 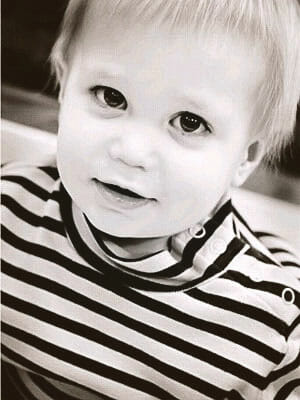 We have always been on the lookout for healthy foods our children enjoy. Our youngest son Beck, just under a year-old at the time, particularly enjoyed puffed corn-and-rice snacks with some vegetable flavoring. We never imagined something that seemed so wholesome would make our child so sick.

When Beck began having diarrhea, we thought it was just the flu. After three days, it became a painful ordeal to change every diaper. We took Beck to our physician for an exam, and doctors, noting the severe diaper rash Beck had developed from blood and mucus in his diaper, soon discovered the presence of Salmonella Wandsworth, an uncommon bacteria that infects mostly children. Beck was sick for ten days, and though we haven’t noticed any ongoing health problems yet, we know we may face problems in the future because the bacteria infected Beck’s ten-month-old digestive system at such a young, developing age.

About four weeks after Beck tested positive for Salmonella, the public health department told us the cause of the illness. Across the country, 55 people had been infected in the same outbreak, with an average victim age of just 16 months. They determined that specifically a vegetable seasoning mix from China was the culprit, after finding nothing when testing more common infant and toddler food.

People assume that if it’s being sold on the shelves, it’s fine and there must be some inspector out there taking care of it, when in reality things are always slipping through the cracks without necessarily being recalled. We were frustrated that something we assumed was healthy ended up being the worst thing we could have given him, and that’s something that no parent should have to face.

We’ve now become activists, because we don’t want another parent to have to go through what we did. 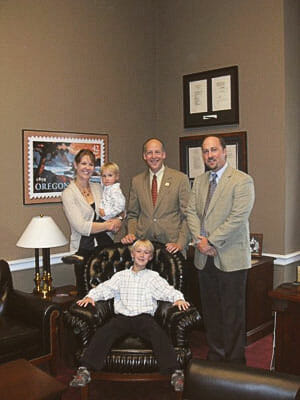