“Why can’t I see my baby!!?” I asked my husband.
I had no idea what was going to happen. 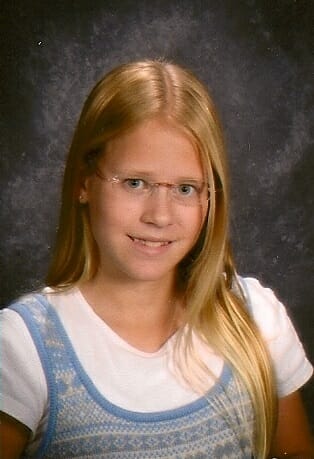 It was our first wedding anniversary, July 26, 1996, when we found out that we were pregnant. She was due on April fifth, her dad’s birthday. It was a planned addition to our family and we couldn’t wait. But we couldn’t foresee what was going to happen.

My pregnancy was hard going from the start. I had morning sickness all day. Eventually that passed and all was well until February.

I had two baby showers that month. There were the usual friends and family, gifts, and food. The last one was February eighth. On Monday, February seventeenth, I knew that something was not right. The baby wasn’t moving as much as usual and the all-day sickness had returned. Upon seeing the doctor, it was determined that I was having contractions, but the baby was doing well. I was put on bed rest and fluids. After spending Tuesday and Wednesday morning in bed, I was still very sick, the baby was still not moving, and I had developed a fever of 102.4 degrees. We called the doctor and met him at Forsyth Memorial Hospital. This was just the beginning.

Wednesday, February nineteenth, we are in the emergency room by eight p.m., very scared and worried. Dr. V. monitors the baby and determines that she is in distress. Her heart rate drops with each contraction. He looks at us and says, “We are having this baby tonight!” I’m moved to a birthing room and Pitocin is given with fluids to start dilation. My fever still has not broken. Now I endure cooling blankets with forty-five degree water circulating through them, and ice packs under my arms. My water is broken and is full of meconium. I still have not dilated enough to keep going. The doctor orders an epidural and gets us ready for an emergency C-section.

Allison Elizabeth is born at 3:13a.m. at four pounds and thirteen ounces and covered with meconium. After a nine on the APGAR test, her dad holds her for about three minutes before she is rushed to the Neonatal Intensive Care Unit. Meanwhile, I’m still on the table getting stitched up with my head reeling. “Why can’t I see my baby!!?” I asked my husband. I had no idea what was going to happen.

After recovery and in my room, the hospital’s pediatrician comes in to give us news on Allison. She has Listeria. We never had heard of this before and truly did not know what to expect. The doctor tells us that we can expect Allison to stay in the NICU for four to six weeks. What can we do but pray?

My husband was able to see Allison very soon after her trip to the NICU. He cries to this day remembering what he saw. Our tiny, new baby was hooked up to everything you could imagine. She was under an oxygen dome. She had a tube going up her nose to her stomach for feeding, a tube running into her belly button, one in her arm for antibiotics. He couldn’t even hold her.

I couldn’t see her for forty-eight hours. When I was healed enough to be wheeled to see her, nothing could have prepared me for what I saw. The tubes, the green-lighted blanket, the monitors beeping endlessly. Was this my baby? I couldn’t hold her for two more days. I actually had to leave her there and go home. How could I leave her now, I have never felt so helpless in my life.

Allison was a fighter. She was off of oxygen in five days and home in two weeks. She was small, but she was strong and healthy. We thank God everyday for our beautiful girl. 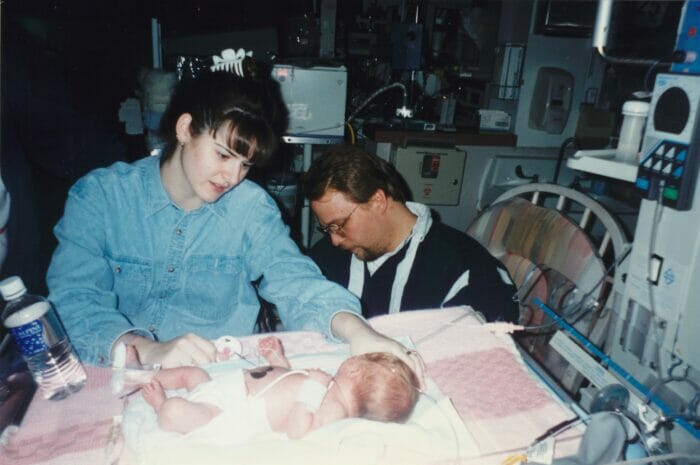 It is very hard for me, or anyone else, to imagine that me, my child, and family had to go through such hell because of piece of cheese. Something so trivial, so taken for granted; we had no idea what could happen. And now we can’t help but think about those families that weren’t as fortunate as us. Their loss is meaningless unless we change the way things are done.

Think of us and the other families whose lives were turned upside down to save a little money.