“God Danced the Day You Were Born”​ 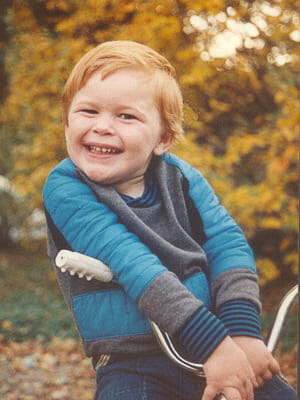 These words are part of a colorful plaque that still hangs on my son’s bedroom wall. I felt truly blessed that cold day in January when my son entered this world. Alex was healthy. He was beautiful. He was perfect. Alexander Thomas weighed over a whopping nine pounds at birth. I scrutinized every inch of him, memorizing every crease, every follicle, every tiny pore of his delicate, perfect pink skin. I marveled at his gorgeous red hair. Where did that come from? Buried deep in familial lineage somewhere. We’d figure it out somewhere along the line. After all, we had a whole long lifetime ahead of us, this wonderful child and me, this miracle from God, my son.

So why, why when my husband Tom went wearily home, when the nurses came and gently carried Alex off to the nursery, why was I so deeply, so thoroughly grief-stricken? It was too early for post-partum blues to set in. Besides, Alex was fine! I was fine! But I buried my head in my pillow and sobbed. From the depths of my very being, cries of pain and grief and agony came pouring out, with only the pillow to hear me. I sounded like a wolf howling at the moon. I felt empty, hollow, lost. My sense of happiness, of security, was stripped away from me and replaced with sheer terror. A crippling sense of dread overwhelmed me. A premonition of something unspeakably horrible was going to happen. I could feel it. It permeated every fiber of my being.

Alex grew to be a beautiful child in every sense of the word. His hair looked as if it had been kissed by strawberries. His grey eyes could be so lively and sparkly or soften with such kindness and love. His little button nose just couldn’t stand up to the task of holding up the eyeglasses he had to wear from about the age of four.

He loved anything with wheels and would play with his cars for hours at a time. He loved to draw incredibly intricate designs and ride his bike and go to garage sales with his dad. Alex was a wonderfully fun-loving, healthy little six-year-old boy.

But Alex had an inner beauty unusual for such a young child. He was always more concerned about others’ feelings than about his own. At only the age of three, Alex befriended the little Downs syndrome child at his preschool and would patiently teach him to play, all the while peppering the little boy’s mother with hundreds of curious questions. At four, when no one else would play with Henry, Alex would. At five, Alex comforted his grandma’s friend with Parkinson’s disease. Putting his chubby little hands on her shaking ones, he told her he loved her, bringing tears to her eyes. And at six, when his kindergarten teacher returned to the class, crying after just learning her aunt had died, it was Alex who ran up to her, hugged her and said, “Don’t cry Miss Cody. She’s in heaven now.”

Six short months after Alex’s kindergarten graduation, that dreadful premonition of the night of Alex’s birth became a reality. I entered every parent’s worse nightmare. I watched my child die a brutal death. The agonizing events, from his first abdominal cramp to his death, occurred over a 4-day period. In an effort to escape the continuous, racking abdominal cramping, Alex curled up into a fetal position and begged me to hold him. I stroked his face, attempting to calm him, to soothe him. I watched in horror his life hemorrhaging away in the hospital bathroom; bowl after bowl of blood and mucus gushed from his little body. Later, I helped change blood-soaked diapers that he had to wear after he could no longer stand or walk. Alex’s screams were followed by silence as the evil toxins attacked his brain causing him to lose neurological control. His eyes crossed and he suffered tremors and delusions.

He no longer knew who I was. 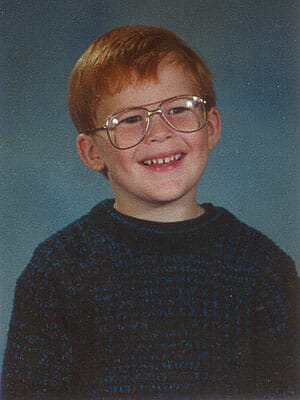 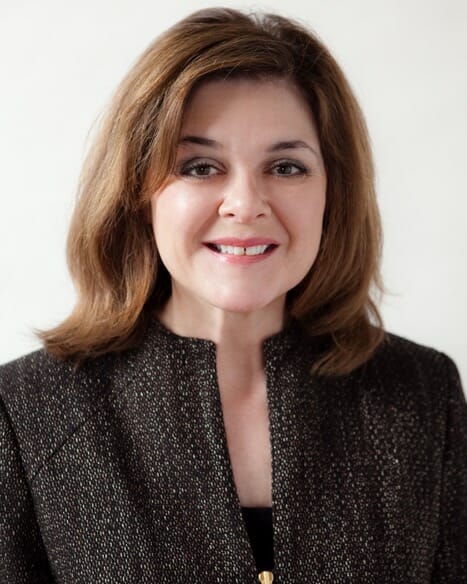 I sat with my only child as the monitors registered organ failure after organ failure. His body swelled uncontrollably as his kidneys shut down. I lost count of the units of blood and platelets being intravenously fed to him. His little body had a hole dug into his side where the doctors frantically shoved a hose to re-inflate his collapsed lung. Holes for brain shunts were drilled into his head to relieve the tremendous pressure. I screamed for the nurses as he suffered a massive seizure that left him on a respirator. I watched his brain waves flatten. My vibrant little boy, with his beautiful red hair and heartwarming smile, was reduced to a shell of a corpse as his father, his doctors and I all stood helplessly by.

Alex’s last words to me were, “Don’t worry Mommy” as I couldn’t stop the tears from silently flowing down my cheeks. His last act before slipping into a coma was to mouth a kiss to his father. Tom and I asked to be alone with Alex after he was pronounced dead. Then, just as we did on the day he was born, we completely undressed him and memorized every detail of him. We forever etched in our memories the tiny freckles scattered across his button nose; the larger freckle buried in his hair above his right ear; his long fingers and surprisingly delicate ears; the little mole at his waist; his sturdy legs that had outgrown the baby creases, now covered with a soft, silky down. For the last time we stroked his perfect skin, burning the sensation into our senses. And we kissed him goodbye, our own hearts forever broken.

From the age of three, Alex wanted to be a paramedic so that he could help people. So when he died, we wanted to donate Alex’s organs, to fulfill his wish of helping others. We were told we couldn’t. The toxins produced by E. coli O157:H7 had destroyed all his internal organs. They had liquefied entire portions of his brain.

My son died, a victim of E. coli O157:H7 poisoning. When I learned that Alex died because contaminated cattle feces lurked in the hamburger he ate, I was shocked, horrified and incredibly angry. I felt betrayed by the meat industry, by the USDA seal of approval and by my God.

In response, I was determined to do whatever possible to ensure that others wouldn’t have to go through the brutal suffering and death that Alex went through, and that other parents wouldn’t have to live in constant grief and pain as Tom and I do. I learned that my goals were the same as S.T.O.P.’s–to prevent unnecessary illness and death from pathogens in food. We prevail on industry and government to put more preventive measures in place to keep harmful pathogens out of our food.

It took me a while to come to terms with my sense of betrayal by God. I realized that God doesn’t cause E. coli O157:H7 to contaminate food. He allows free will in the world. It is ineffective governmental regulations and corporate greed that allows food to be contaminated.

A Mother No More

Most of the time I really don’t feel anything at all.

Numbness doesn’t describe it. It’s more a feeling of lifelessness. But every once in awhile, the incredible horror seeps into my brain.

And all my feelings come crashing to the surface, engulfing me in wave after wave of grief

And pain. And breathtaking sadness.

My thoughts of you are so tortured that I beg to return to lifelessness.

For you see, when you died my son, I died too. Only my mind and my body don’t know it. 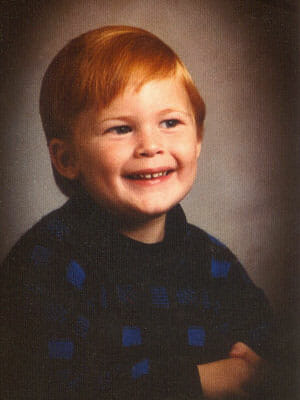