The pain was excruciating. My mind was out of it. My kidneys were failing. 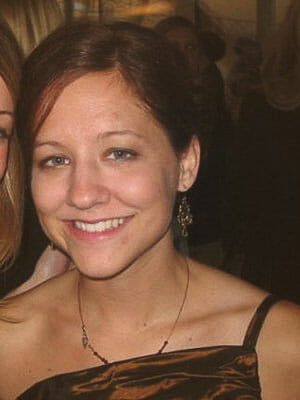 In 2006 I had the life of a busy 24-year-old graduate student. I was taking classes, working two jobs and trying my best to stay healthy. I was running three to four times a week, training for my third marathon; so it was important for my meals to be healthy and to be relatively easy to prepare.

The first Wednesday of school I made myself a large spinach salad using bagged spinach, loving how quick and easy it was to make a healthy salad. The very next day I woke up feeling tired and sluggish, and by Friday I was so worn down I thought I was getting sick. I chalked it up to putting myself through the ringer with training, work, and school, and figured I should probably be getting more sleep. But by Saturday I developed really bad cramps, felt nauseous, and had a low-grade fever. On Sunday the diarrhea began, and by Monday morning I was going to the bathroom every 15 minutes and my stools had turned to nothing but pure, bright red blood.

Somehow I managed to drive myself to the ER. The doctors hooked me up to an IV, told me I probably just had food poisoning and that I was dehydrated–no big deal. They never even checked my stool for what was making me sick. I was given a prescription for pain medication, an antibiotic (which I later found you’re not supposed to take if you have E. coli) and was sent home.

As I walked through the hallway over to the hospital pharmacy, I felt weak and dizzy. While waiting for my prescriptions, I was amazed that I had to go to the bathroom (again!). As I opened the door to leave the bathroom, I had a rush come over me and I blacked out. I was taken back to the ER and admitted to the hospital for observation. After many tests were performed and several days had passed, I was diagnosed with E. coli O157:H7. By this time the E. coli had begun to take its toll on my organs at a rapid pace. My red blood cells and platelets were dropping quickly. The pain was excruciating. My mind was out of it. My kidneys were failing.

I remember being in constant pain. Whenever a doctor asked me what my pain felt like on a scale of 1 to 10, I always said a 10 or higher. I was delusional. My mom told me that I kept thinking she was my 15-year-old cousin, or that I would tell her crazy things. My entire body would go through spasms. My pancreas was starting to fail and the doctors feared my liver would be next. I was constantly vomiting and my legs were so swollen the doctors put cast-like devices on them to attempt to keep the swelling down. I was getting plasmapheresis treatments every day, and dialysis every other day. It was at that point I remember wondering if I was going to die.

My family went through this trauma with me. I spent 17 days in the hospital and nearly died. My Mother slept next to me every night in an uncomfortable chair and the hospital lounge became a temporary home for my Dad and my siblings. They even brought their sleeping bags. All of our lives were thrown into chaos.

While I was suffering a life-threatening illness in the hospital, the media began to report the possibility that there was a spinach outbreak and the health department had begun to record a high number of cases from the same E. coli bacterial strain associated with spinach.

Upon my discharge from the hospital, my kidneys were only functioning at 8 percent of their normal output. A marathon runner a month earlier, I now had trouble walking up a few stairs. I was tired, week and nauseous. It took a lot of internal strength to train for my past marathons and I relied on that strength to help me recover from this traumatic ordeal. One of my doctors reminded me that recovering was like a marathon. It wasn’t going to happen all in one day and I would need to be persistent. I would have to build my endurance slowly, and one mile at a time.

It has been almost two years since I was sick and my illness changed my perspective on life dramatically. The illness affected my health, my life, and scared my family and friends. I’m extremely lucky to have recovered. I will never be the same person I was before this happened. I think of how innocent I used to be when I would buy bagged spinach at the grocery store and not think twice about it. Now, I’m much more hesitant. I shop through the produce section with more skepticism. I no longer assume food is safe. 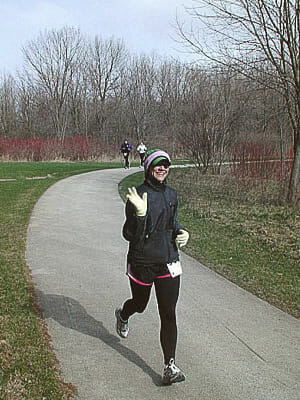 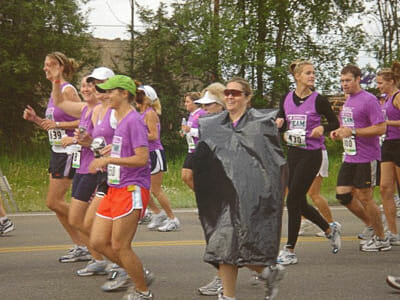