In my head I thought, “I’m going to be okay.
It can’t get any worse than what I just experienced.”
Boy was I wrong. 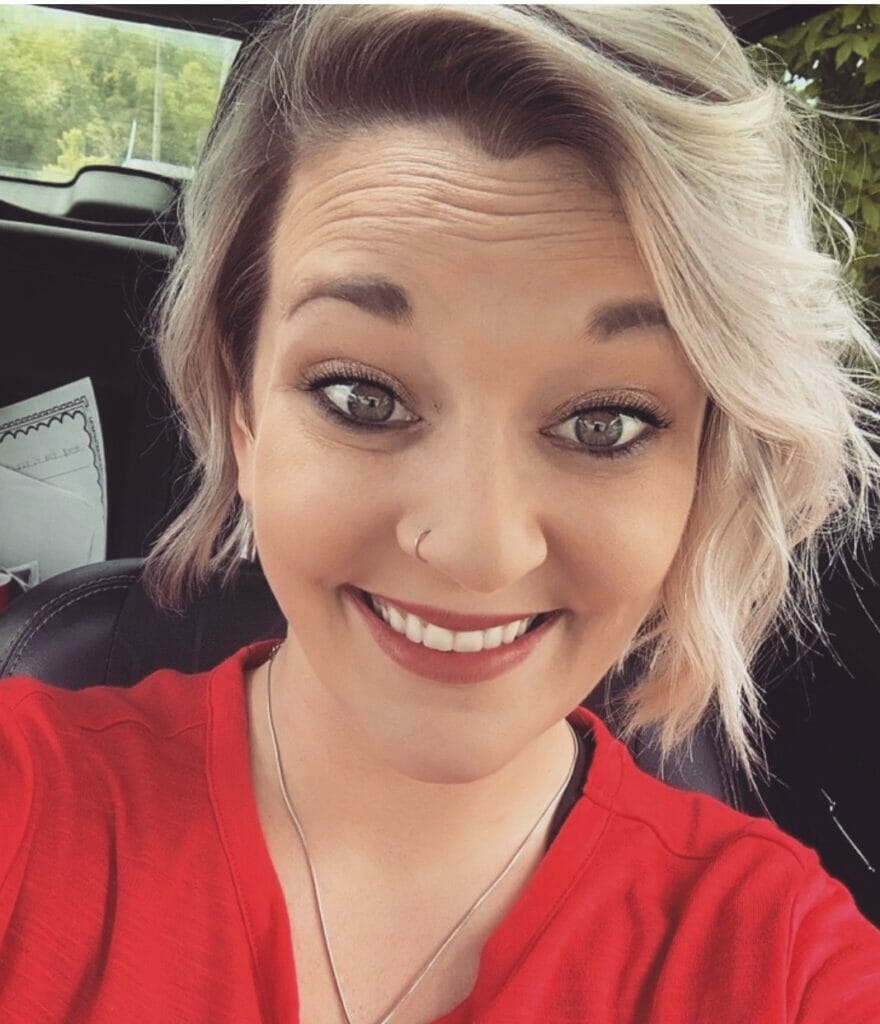 I had been really sick for the past week, and thought maybe getting some fluids and (hopefully) medicine, would be a good idea. It was 2:00 in the afternoon. I distinctly remember the time because my husband was at work, and my 6-year-old was in school and I said to myself, “I’ll just pop over to the ER real quick and be back home before anyone notices.”

An hour after I arrived, things were going according to plan. The ER doctor told me I would receive some fluids and be sent home. Then, at 4:30, that same doctor, along with a new doctor, arrived in my room with a whole battery of questions that seemed to be coming out of nowhere. I was trying to make sense of what they asked as I answered:

The clock ticked on and for minutes at a time, doctors and nurses would pop in and out of my room, and ask questions while scratching their heads or looking like they were contemplating a riddle. It was odd, but I wasn’t panicking. In my mind, there was still no cause for concern.

At approximately 5:30, the hospital’s kidney doctor came into my room. Something about her immediately indicated a significant change. Something wasn’t right. “Ms. Barnes,” she said, “you should call your husband now.” “Tell him to meet you in Columbia” (a nearby city with a bigger hospital) “because you are being taken by ambulance to the University Hospital’s ICU.” “Tell him your kidneys are failing, and we don’t feel we can help you here.”

That my friends, was just day one.

Over the next month, my experience would break down every piece of who I thought I was and scramble it all up. My hospitalization was essentially a walk through hell with my husband, my mom. From that day forward, I would never be the same.

Before I could even comprehend what was happening, they loaded me up in an ambulance, drove me to the University Hospital, and slapped some identification bands on me. Life as I knew it had stopped.

The infection worked fast, attacking my blood first. Transfusions and infusions ensued, and in just a few short days 30+ people donated blood for my body’s use. Unfortunately, the blood didn’t accomplish what they’d hoped, and, the infection grew more important. So important in fact, it got a name that took precedence over mine. They called it Hemolytic Uremic Syndrome, or HUS for short.

The first thing HUS did was took my identity. I watched sobbing as 2 nurses sawed my wedding and engagement rings off my swollen finger. Then, as if that wasn’t enough, I watched it take my kidney function, pack it away and kick it off a cliff.

The following days, full of kidney dialysis and more kidney dialysis, were a blur. Like the others in the room, I spent eight hours at a time hooked to a machine. Except, I was surrounded by people two and three times my age.

After my first round of dialysis, I completely lost my memory. I didn’t recognize my own husband and I didn’t know who my daughter was. They said I didn’t even know my own name. I believe that lasted a couple days, but I really don’t remember.

On that Friday afternoon, just as my husband, daughter and father arrived in my room, I had an allergic reaction to a medication I was given. Not a, “Oh no, this doesn’t agree with me,” kind of reaction. It was more of a, “Look! My dad’s here … wait, I can’t breathe! I’m dying! I’m dying!” reaction. My husband hurriedly removed my daughter, but my dad was still in eye shot as every doctor in the hospital poured into my room. ↗

For me, this is how I pin point what love is: The strength in my dad’s eyes that day when, in the craziness of the moment, our eyes locked on each other. We both knew I was getting ready to die. It was the scariest moment of my life. My dad was eventually pushed out of the room as they called for a crash cart. Teams of doctors and nurses poured into my room as my throat was quickly closing. Looking at a closest nurse I gasped, “Am I going to die?”

Later that afternoon, waking up in the ICU, I was told I was finally stabilized. That evening, I ended up feeling so good that I was actually talking and laughing with my family. In my head I thought, “I’m going to be okay. It can’t get any worse than what I just experienced.”

Boy was I wrong.

My stability was short-lived as Friday night the infection decided to wreak havoc again. Fading quickly, panic set in again. My lungs were rapidly filling up with fluid. In fact, I can actually remember feeling it rising through my body, until it ultimately filled my mouth, to the point of choking. Everything went black.

The doctors would later tell me I essentially drowned in my own bodily fluids that night.
I wonder sometimes, and worry, about what my husband went through during this time, and what my parents went through too. I know it wasn’t good, because while I was in oblivion, they were in the middle of it. I know this because I was in a coma and didn’t wake up until the following Monday morning at 4am. I wish I could’ve saved them from those moments, but I had no idea.
↙

That’s how fast and easy it was for HUS to take things from me. It took and took and took and eventually, it got a permanent spot in my chest – a dialysis port, so that I could go home and spend 4 hours at a time, hooked to a machine that did what my kidneys used to do on their own.

For months, it was impossible to function in my daily life. Time away from my family, and time away from my life – all of it taken from me. Stolen by something I couldn’t see, couldn’t hold, couldn’t understand. All it took was one mistake; a mistake I didn’t know I was making. I ate something somewhere, that wasn’t supposed to be where it was. I got food poisoning.

Unlike some, I survived … I regained my kidney function, and lived to tell the tale. Today I’m at high risk for future kidney failure, and the risk of infection is greater than ever. The struggle with high blood pressure and memory loss continues.

I don’t believe in asking God why things happen. It happened. And now my hope is that because I got this, and I’m speaking out, someone else won’t have to go through the same thing. But just as easily as it happened to me, it can happen to you too. Educate yourself, your family, and community. Help stop foodborne illness.