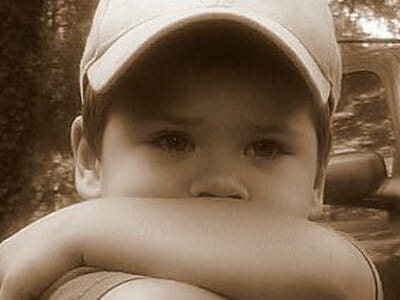 Mom instincts told me not to leave but I thought maybe I was overreacting... 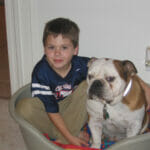 I want to share my story about my son’s illness. I’m not sure if it will help or not, but for my own peace of mind I would like others to know.

First a little background. My name is Shannan and my husband is Jeff, together we have two wonderful children. Our daughter Taylor is now 8 and our son Trace is now 4, we also have guardianship of my 15-year-old sister.

We moved to South Mississippi wanting to raise our kids in a better place. We’re from Houston and didn’t want the kids growing up in a fast-paced lifestyle. Hubby and I fell in love with Mississippi and before we knew it he had quit his job and we moved. Life is good here. We started a company and are able to work from home. We’re enjoying every second of working on this old home, the kids have land to run about on, trees to climb, and clouds to lie under as they pass overhead.

School starts in early August out here, so the beginning of August was very hectic for us. My young daughter was easy with her clothes shopping, but of course we weren’t so lucky with the teenager. We planned to spend the Friday before school at the mall knocking out her shopping, which was August 8th 2003.

That morning we woke early, grabbed Pop-Tarts, and made a mad dash for the mall knowing what the day had in store for us (if you’ve ever shopped with a 15-year-old you know what I mean!). As we expected, she had to try on every outfit and in her mind everything made her either look fat, made her butt look huge, or made her look like she had no rear at all… it was brutal. After several hours of this we needed a break. So, we went to a cafeteria-type restaurant in the mall parking lot, hoping to enjoy a nice sit-down meal before the shopping began again.

We had a nice lunch full of fun, jokes, laughter, and even a few chunks of food tossed across the table. We were able to choose different meals since we were in a cafeteria, which is always a wonderful thing with two small, picky children. The shopping continued after lunch and by the time we crawled back into our home that night, we were thoroughly exhausted. The kids took their showers and we tucked them into bed as always.

During the night my little boy, who was 3 at the time, awoke with cramping and diarrhea. I spent most of the night in the bathroom with him, rubbing his head during the cramps. He slept with me that night as the kids always do when they’re sick.

The next morning his diarrhea was much worse but we were still thinking he had a tummy bug. I spent the day with him in the bathroom again.

By Sunday the diarrhea was still present and his cramping had become much worse. At this point, it was hard to wake him up and he was having trouble getting to the bathroom in time. We moved a bed into the hallway in front of the bathroom for him and started calling the nurses.

Around 1pm that afternoon he passed his first bloody stool while my husband was taking the bathroom shift. When Trace passed the blood, Jeff rushed him to the ER in the next town and made record time. An ambulance chased us the entire way! While Trace was in the ER he had 2 more bloody bouts, but the doctor refused to do anything. Even with the scene I made, the ER doctor refused to take a stool sample or even look in the toilet at what was being passed. The ER nurse was concerned and got a container to get a stool sample, as soon as the doctor noticed this, he sent the nurse away. The doctor basically told me I was overreacting and that Trace had a gastrointestinal bacterium that would pass. He told me if I really insisted, to try to have his pediatrician see him within 48 hours (and wrote this on the discharge papers!).

Mom instincts told me not to leave but I thought maybe I was overreacting. After all… maybe this was a bug that would pass. I took my son home and watched as the bloody diarrhea worsened. The cramps were so bad that my son was falling off the toilet, leaving the white bathroom looking like a murder scene. After a long night of this I started calling the ER again at 4am. I asked them to pull some strings with the pediatrician so that my son was seen quickly. At 11am on Monday August 11th, we saw the pediatrician, and took a gift wrapped stool sample with us. We had never seen this pediatrician before; I thank God every day for this man. He took one look at the stool sample and sent us back to the hospital for a barium enema. The enema showed intussusceptions, which is when one part of the intestines telescopes into another part, basically digesting itself in the process.

At that point, surgery was the only option. Being in small town Mississippi, I was not happy about the surgery being done at that hospital. I asked for my son to be transported to Jackson Children’s Hospital, sadly there was no time and the emergency surgery took place there. Again, I thank God for our pediatrician who stayed with my little boy throughout. We also had a wonderful surgeon.

On our third day post-surgery we were told the intussusceptions was caused by Salmonella Typhi. We also were told that had he been seen earlier, surgery could’ve been avoided (the two surgeons who told us this were not aware he had in fact been seen earlier). I called the hospital administrator to file a complaint. They asked the ER doctor why the standard tests were not performed. He informed them that he was trying to be cost conservative… doesn’t that just make you feel all warm and toasty inside???

My son spent his 4th birthday with a 4-inch surgery wound going up his little tummy. The surgery took place on the first day of school.

Trace still has not recovered fully. He has problems controlling his bowels and has been diagnosed with post-infectious IBS. He also has headaches and seems to get sick if someone even looks at him funny. Just this morning he was back in the doctor’s with a horrible headache, cold symptoms and a small amount of blood being found on toilet tissue. The doctor has him on anti-spasmodic to help his stomach cramps but they’re doing very little good and they do nothing for the problems with bowel control. We see the pediatric GI specialist again next month for a checkup. Hopefully he can tell me why my little boy, who had never had a sick day in his life, now catches every cold and virus around.

As of today this is the up-to-date on what Salmonella Typhi has done to my sweet little boy, it just doesn’t seem to end. 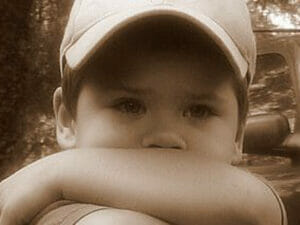 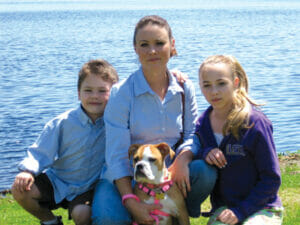 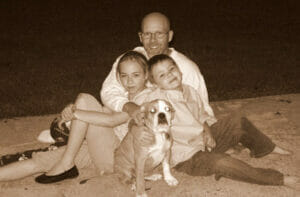 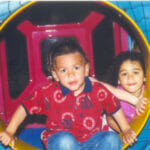