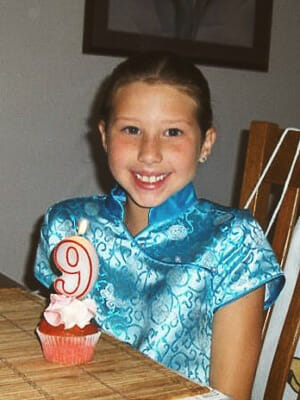 The doctors felt it necessary to prepare for the possibility that she may not pull through ...

To celebrate Rylee’s 9th birthday, our family drove from our home in Southern Nevada to Northern California for a short vacation. We were excited to go to Monterey Bay Aquarium the morning of August 26th, but during breakfast Rylee started to complain of stomach pains and diarrhea. After several trips to the bathroom, we ultimately decided to skip the aquarium and drive on to our hotel in the Bay Area. We had to make bathroom stops every 10 to 15 minutes and Rylee cried doubled over in pain with stomach cramps and told us that there was blood in her diarrhea. In an attempt to calm her fears, we told her it was probably the tomatoes we ate the day before and not to worry. We checked in to our hotel and called our pediatrician back in Las Vegas, who advised us to take her to an urgent care facility.

Within 72 hours of her 9th birthday, Rylee was admitted to UCSF Children’s hospital, her kidneys began to fail and dialysis treatments were started. We were advised that Rylee had Hemolytic Uremic Syndrome resulting from E. coli O157:H7 and associated with a nationwide outbreak. In addition to kidney failure, she experienced hallucinations and temporary loss of vision, developed high blood pressure and diabetes, and had fluid build up in her lungs and around her heart. On the 10th day of hospitalization, Rylee’s condition had deteriorated to a point where the doctors felt it necessary to prepare for the possibility that she may not pull through.

The pain we felt as parents watching our daughter suffer day after day was nothing compared to what Rylee had to endure and will remember for the rest of her life. Rylee spent 35 days in the hospital, 24 of which were in the pediatric ICU. Thankfully, Rylee has fully recovered, although the long-term effects of her illness are currently unknown.

Because of her experience, Rylee is now working with STOP in their efforts to prevent children and others from being subjected to the devastating effects of foodborne illness. 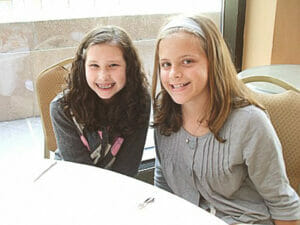 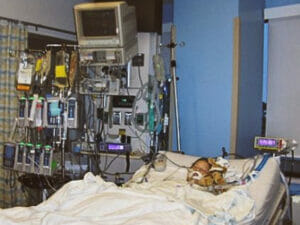 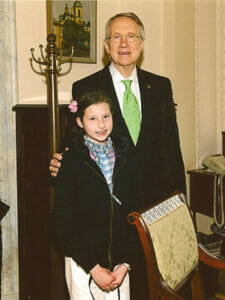 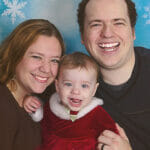 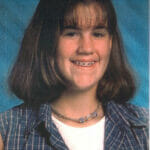