Everything for Richard, it seemed, was “outside of the box” of what was “normal.” 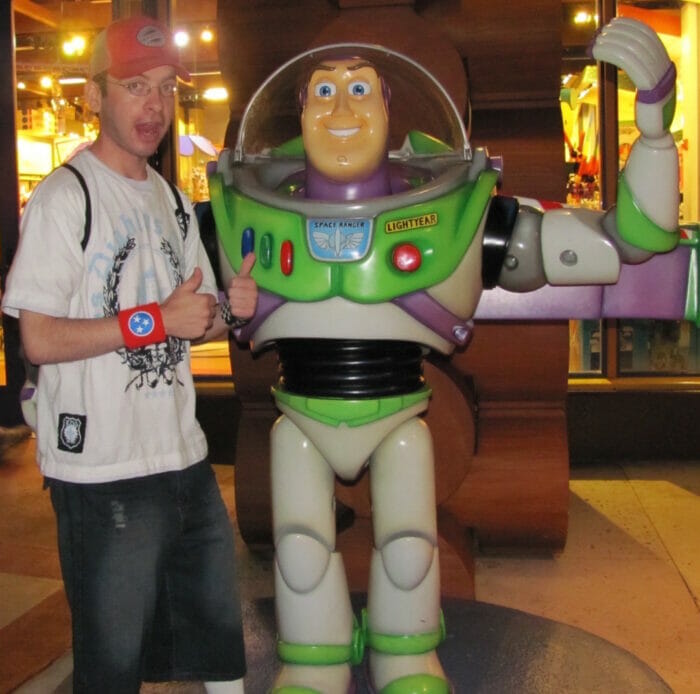 It was the Tuesday night after the Martin Luther King Jr. holiday weekend in 2002 when Richard came flying down the stairs announcing that his urine was black.  Richard was 16 years old. Owasso, Oklahoma was a lot smaller at that time, and since he said he felt okay and his temperature was normal, I waited until the next morning to take him to the doctor.

As soon as Richard said “black urine” the doctor said he knew what it was, and that he’d have to send a sample to the lab. He prescribed medication, before even seeing the test results, and told us Richard had to drink 12 bottles of water a day to keep his kidneys functioning. He also gave a note for Richard’s school stating “E. coli HUS.” Richard had an ultrasound of his kidneys as well as a colonoscopy and penoscopy. On Friday, when the tests came back, they confirmed the doctor’s diagnosis. (I personally think he saved Richard’s life by telling us what to do while we were waiting for results.)

When I asked for the E. coli results I was surprised when the nurse asked “which one?” I repeated the request for the E.coli results and she asked for the name.  I took this to mean that there was more than one E.coli test results in front of her.  Even though my 16-year-old son had been given a life-threatening diagnosis, we were never contacted by the CDC or any government office.

During his senior year, Richard’s high school band was chosen to play in the Rose Bowl Parade. Given his health, this meant some hard preparation was in store.  Richard was having black urine again, so we went back to the doctor who gave him medicine and more instructions. Richard worked hard and finally it was clear again so he marched in the Rose Parade in Pasadena, California, in 2004!   It was a busy year… earning his Eagle Scout and graduating from high school.

Fast forward 3 years and Richard is now 21. We travelled to England to visit my parents and celebrate an 80th Birthday.  Throughout the trip Richard was thirsty all the time, but we put it down to the allergy medicine he was on.

Two weeks after returning home Richard was in a car accident.  Though he didn’t seem to sustain any injuries he did have a constant, ongoing bad headache.  During a regular appointment with his allergy doctor, I received a call from the doctor saying Richard’s blood pressure was too high for his age. They told him to immediately go to the Emergency Department at a nearby hospital.   When I arrived I found out that his BP was 200/120. The ER doctors couldn’t understand how he was still upright, let alone how he had managed to drive there. Four hours later his BP was low enough to send him home, with me monitoring him.  The next Monday he went to his personal doctor for more tests. By Friday, having received results from all the tests, the doctor had Richard admitted into hospital.  An ultrasound of his kidneys showed them functioning at 13%, which meant he went straight on the Transplant List. And so began the many appointments in preparation for dialysis treatment.

December 17th, 2007 was the day he had his peritoneal dialysis (PD) catheter inserted.  To allow for healing, we were told it could not be used for at least 2 weeks.  The anesthesia used (to place the PD catheter) was one that the liver would disperse from the body. I took him home but his body just couldn’t dispel the anesthesia, so two days later Richard was admitted back into the hospital. Because they had no other options they ended up using the PD catheter even though this hospital had never done that before. It worked!  And since Richard improved considerably, he was released to come home for Christmas.

Christmas Day did not go exactly as planned. The catheter got blocked so back to the hospital we went for X-rays and to get the catheter unblocked.  A nurse told us this was quite a rare occurrence. Everything for Richard, it seemed, was “outside of the box” of what was “normal”.

Finally, his dialysis routine was under control so he was able to travel around the country to Game and Comic Book Conventions, as well as music concerts. His dialysis solution would be delivered to the hotel where he was staying, and he could take care of it in his room. He was very lucky with the support of his friends and acquaintances – they never made a big thing of what he was doing, and for that I am eternally grateful because it helped him feel normal.

Richard attended the local college where he was studying for an Associates Degree, in Applied Science for Digital Video, plus he was working 30 hours a week.  He came home from work one day very upset with himself.  His boss had told him he had to work extra hours and when he told her he couldn’t she said that she “was always working extra hours” at which time he said “But I am sick, and on disability”. He had decided he didn’t want to use his illness for pity and he was annoyed that he’d let that slip. She never asked, or told, him to work the extra hours again.

In 2008 there was an outbreak of E. coli in Locust Grove, Oklahoma, and STOP arranged for Richard to be interviewed about his experience. He helped put a face on the illness, and a young face at that.  I was very proud to see how professional he sounded even though he did look as if he would blow away in the Oklahoma wind.

The Call for the transplant came in July 2009, and so off we went to the hospital.  The whole operation went perfectly and when he woke up he was presented with a tray of fluids like juice and broth.  Richard looked at the nurse and with a smile said “I don’t do fluids.” She told him that he had just had “a traumatic operation” so anything heavier would make him ill.  But he told her that if he had just the fluids he would definitely be ill.  She went and found some cereal, milk, and apple juice.  He kept all of it down.

Now we had to deal with quarantine in the hospital and then two weeks more at home. I went through so many cans of Lysol disinfectant! At the end of all that he was chomping at the bit to get out, so he took himself to the movies, ignoring the looks he received because of the surgical mask he had to wear.

The amount of medication required daily to keep him going was huge, and so I ended up buying him a tool box to keep all of the containers in.  That way they were all together in one place and weren’t on display in his room.

In May, 2010, Richard graduated college.  His Godparents came down from Wyoming to attend the ceremonies and a good time was had by all. He made the Dean’s List and the President’s Honor Roll, and it was a very Proud Mother watching him walk across the stage to collect his degree!

While he was still in College he had the chance to apply for an internship at Walt Disney World, in Florida.  He didn’t think he had a chance because of his kidney transplant, but I told him if the doctor would sign that he was strong enough that he should to go for it and to take the chance.  Well … he got the internship and, two weeks after graduation, off he went to Florida.  He was really excited and, as he went through the gate at Tulsa Airport, he was dancing.  I was proud of the young man he had become.

We talked on the phone nearly every day – Richard was having a ball in Florida!  But on September 13th he called saying people were laughing because he was acting drunk without alcohol.  I told him to gather up all his medication and head to the nearest ER.  In between arranging the next flight to Florida I was calling the ER to make sure he had arrived.  Once I knew he was admitted, all I could do was to get there.

Making my way to his room, as the doctors streamed through trying to diagnose what was wrong, my nerves were not at their best.  I had always promised Richard that I would not cry in front of him because of his illness but it was hard to keep that promise because I knew this was the end of his journey.  He was diagnosed with post-transplant non-Hodgkin’s lymphoma. This was caused by the fact that the donor (of his kidney) had been in contact with Epstein- Barr virus, whereas Richard had not.  This wasn’t something they could test for, and only a certain percentage of people get infected. Not many oncologists see this during their career, but ten years previous one of Richard’s doctors had seen it during her Internship.  The treatment was severe so the doctors were trying everything other than chemo. Richard’s immune system was so weak and they knew he had lesions throughout his body (from the HUS) and that any of them could burst.  Richard fought hard all the time, helped by daily visits with an occupational therapist and a physical therapist.

One thing Richard looked forward to every day was a phone call from his Grandma and Granddad in England. They’d called me later to add their support for me. Coming down from Wyoming, his Godparents added their support and helped relieve some of the stress.

STOP contacted me and asked if Senator Durbin (IL) could tell Richard’s story on the Senate floor to help get the Food Safety Modernization Act passed.  Of course I gave my permission.

Richard ended up having to have chemo and although in the end it was killing the cancer, Richard lost the fight on 19 October 2010. He was 24 years old. There were lesions on his liver, spleen, and brain, and he had six aneurysms of the brain.

I’m so grateful that the last thing we said to each other was “I Love You”. 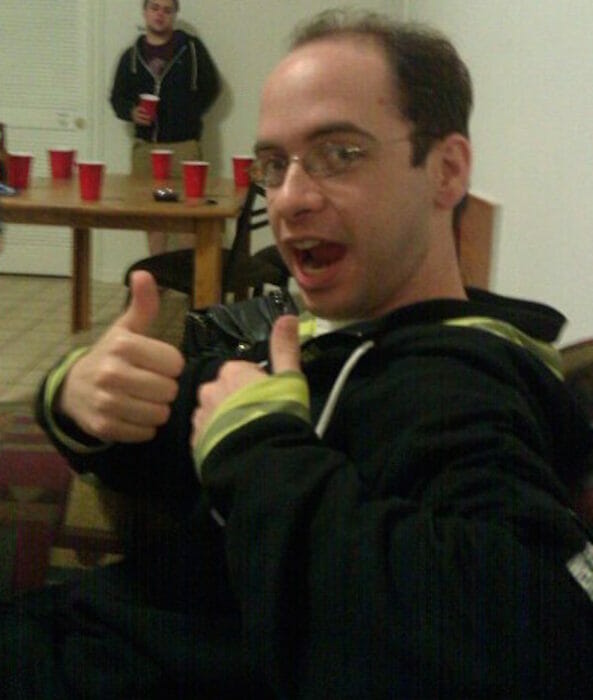