She never opened her eyes for almost an entire week. She is the bravest 4-year-old I know. 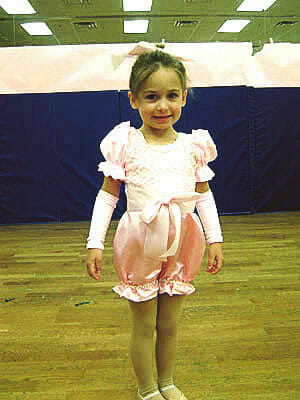 It was a beautiful day on March 16th. We do not get those beautiful spring days very often here in Arizona so we took advantage by meeting some friends from church and having a BBQ at the city park. We all brought something to share, hotdogs, grilled chicken sandwiches, and burgers. We played some volleyball, laughed, ate, and enjoyed each others company.

I remember, the kids were playing and running. I had to keep my eye on Payten the most. She was only 3.5 years old at the time. You know, just making sure she doesn’t get abducted or hurt. She played quietly by herself in the sand from the volleyball court and enjoyed flying kites. Little did I know that an enemy was lurking inside her tiny body.

March 16th was a Sunday. On Monday she had a fever and a little diarrhea. I had brought Payten in to her PA and said she had strep throat. Antibiotics were given. By Tuesday she was still active, but a little worse with her stomach. It was about 1:00 AM that night she woke up with stomach cramps and had to go to the bathroom. That was the first sign of blood, 20 minutes later, and another bloody stool. I contacted the doctor on call.

We brought her in for stool cultures. She was in a lot of pain. This was Wednesday. That night she was active for about 20 minutes. The next two days were miserable. If I even think about her curled up on the floor with severe abdominal cramping, vomiting, and crying that her pee-pee hurts, I cringe. That was the hardest to deal with, because there was absolutely nothing I could do to make her feel better. I was keeping in close phone contact with the Pediatricians’ office, and had her in Friday morning. She was on the verge of severe dehydration and if things did not improve by 6pm that night, I was told to bring her to ER at Thunderbird Samaritan. By 3:00pm, Friday the 21st of March Payten was admitted into Thunderbird ER. Doctors were conversing with doctors at Phoenix Children’s and made the decision to transport her by ambulance. There she would remain in Phoenix Children’s Hospital for the next 25 days.

She was diagnosed with HUS (Hemolytic Uremic Syndrome) caused from E. coli O157:H7, also known as “Hamburger Disease”. Her kidneys had shut down, and was severely anemic. Her body was not processing any fluids. Her eyelashes seem to turn blond and face color very pale. She never opened her eyes for almost an entire week. All this caused from the toxins produced by the E. coli bacteria.

She had surgery Saturday morning. They placed a dialysis tube in her stomach. This tube and fluid that would be pumped in her stomach would act as her kidneys for the next 20 days. She had a total of 5 blood transfusions for the anemia and 2 PICC lines; to administer as many as 6 to 8 bags of IV fluids, medications, and blood.

This was one of the most horrific things that could happen to parents. I remember reading things in the newspaper about food-tainted outbreaks, but thought, it won’t happen to us. We are clean, took special precautions in cooking our food. How could this have happened to us? The doctors said she would be fine, but the road to recovery with HUS is very up hill and bumpy. It was exactly that.

My husband and I watched the numbers of her blood work everyday and slowly you see some improvement. Until finally she is able to blow bubbles, sit up, talk, and be Payten again. The Payten who runs, laughs, fights with her twin sisters, loves candy and cupcakes, and smiles with that one dimple. I thank God everyday that she made it and so far has had no long-term issues, which children sometimes have with HUS. We will keep praying for her every 6 months when she has to go back to Children’s Hospital to be evaluated for kidney function, blood pressure, diabetes, and other complications as well. She is the bravest 4-year-old I know.