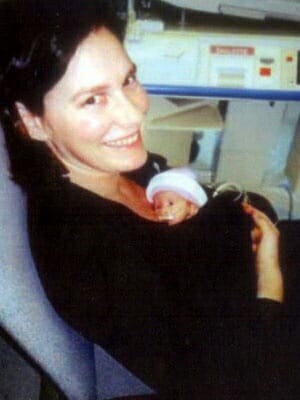 A sandwich can become a time bomb...

When I was six months pregnant, I found myself cold and confused under thin hospital blankets, being wheeled into the O.R. for an emergency C-section.  All that day I had been monitored, but it was not until I was shown the cloudy sonogram, the upside-down galaxy that was my girl, that I realized in a few moments it would be my daughter’s birthday.

Listeriosis.  The first time I heard that word, followed by its flower-like nickname Listeria, was the next day as I was sitting erect, notepad in hand like an eager graduate student in the NICU conference room.  These notes, taken rapidly as I sat across the table from the doctor who had my daughter’s life, our lives, in his hands, marked the vitals.  Now, six years later, I can still feel the quality of light in that room, the fluorescent hum and the fire from my pen, the way the world suddenly had yellow caution tape wrapped around it.  Apgars, 0 and then 4, respiratory distress, medication, pathology, uncertainty.  The doctor looked like a seasoned Senator.  Like an astronaut.  Like the the hero I so desperately wanted him to be.

It turns out that what could have been a benign lunch in the park on an early fall day was the beginning of my education in foodborne illness and food safety as well as the start of the fight that began Louise’s life.  That turkey sandwich turned my placenta from a powerful nutrient-rich disc of life to the rotten pock-marked slab that came out of me, awash in brown fluid.  That sandwich, made with mindless picnic energy started a ripple which took with it this tiny being, herself resembling the translucent poultry that had hurled her from her orbit within me.

I lived the warnings: watch what you eat, whatever you consume, your unborn baby consumes.  So soy shakes, fresh, organic fruit and avoidance of my favorite things such as sushi and wine punctuated this, my first pregnancy.  Looking for a source of low fat protein, I turned to turkey.  Which may have been no big deal but wasn’t.  The bug is a tenacious organism which can travel with its host up from Texas to Brooklyn, I imagine enjoying the ride.  It can go forth and multiply and if it happens to be introduced to you, who happens to be pregnant or elderly or immunocompromised, well that is a party you will have wished you made a polite excuse to avoid.  And know that this, and many other moments far worse can be avoided.  However, they are not, mainly due to the unwillingness of agribusiness and our government to put the regulations in place that would protect the public in the way that we expect.

The organization at the forefront of efforts to protect our food supply with common sense and responsibility is STOP.  I first learned of STOP in the pages of Eric Schlosser’s compelling expose, Fast Food Nation.  I called after Louise was born, in that time of uncertainty, not knowing exactly what I was seeking but knowing that I was now committed to the issue of food safety and wanted to connect with people who were dedicated to it.  What Charles and I now know is that STOP has not only been at the forefront of important change and legislation, but it continues to be an intelligent and effective voice for consumer safety.  STOP is a unique organization that works to effect change and to aid the victims of foodborne illness in countless ways.  STOP has been there for our family as we have moved through crisis and into anger and education.  They have provided information, advocacy and empowerment, and we are dedicated to ensuring that they receive the funding that they need to continue to shine their bright light on the issue of food safety.

We know well how lucky we are, how lucky Louise is, just as we know how disinterested big business is in committing to meaningful change.  Mandatory meat recalls are just one example of an issue that STOP is committed to.  Every single person I have spoken to over the last six years has been shocked that our government does not have this power.  We must ask ourselves why  When a car seat is known to cause risk of death, our government can demand that its makers remove it from the marketplace, a friendly, protective legislative gesture.  Meat, it turns out, is another story.  The companies which produce and process meat and poultry for our kid’s lunches, for our prenatal picnics, they can decide when and if to recall their tainted products.  Sometimes they do and sometimes it seems they don’t.  So a sandwich can become a time bomb.

I am working to raise awareness and to help raise money for STOP so they can continue to do the important work they do in providing emotional support and concrete help to victims of foodborne illness, as well as working to education the public and businesses.  Recalls have not gone away, rather they are in the news more and more.  We are more aware of issues of food safety largely thanks to STOP’s efforts.  Please help me in this important and personal effort by making a contribution to STOP.  Thank you for all of your support from the beginning and now.  We are so lucky and grateful.  All my best, Pam 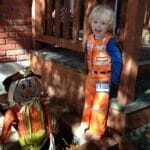