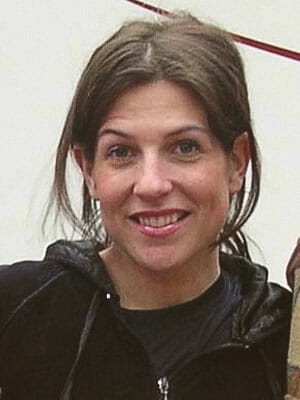 I was a healthy, 8.5 month pregnant mom of a beautiful and VERY active three-year-old daughter when I was infected with Salmonella food poisoning via my favorite and most-craved pregnancy snack: peanut butter and banana sandwiches — peanut butter being the culprit.

I remember waking up in the middle of the night with severe cramping, falsely believing it to be pre-term labor. I was even timing what I thought were “contractions.” My labor worries were dispelled as the cramping morphed into what would be a three-day marathon of diarrhea, vomiting, and fever. I called my OB-GYN on the second day and her nurse told me it was “probably a continuation of morning sickness symptoms.” She couldn’t have been more wrong.

After the third day, I was so weak that I could barely move. I was checked into the hospital for dehydration and given intravenous fluids. We didn’t hear about the peanut butter recall for another month. Not throwing away that jar of peanut butter was a mixed blessing. Thankfully, no one else in my home had consumed any — and the all-telling “2111” code on the lid confirmed there was a rhyme and reason to my illness. I wish I could say it ended there…

Shortly after that I began experiencing severe pain in my back, and again, thought it was the beginning of “back labor” (my worst nightmare as an expectant mom…). Wrong again! The pain was due to a urinary tract infection — the first of eight documented UTIs I would experience over the next six months.

FROM UTIs TO ACHY JOINTS

I was put on several antibiotics over the course of the next six months for UTIs. Fearing my body’s response system to fight subsequent illnesses was being jeopardized by lowering my immunities from the overuse of antibiotics, I treated the last two infections at the onset of symptoms with homeopathic remedies. I wish I could say it ended there…

My joint pain began sometime in June or July of 2007. Initially I believed it to be caused from lack of exercise, as I had always been athletic — even competing in triathlons. I experienced stiffness and swollen, red areas in my fingers (especially my left pinky finger — odd, I know!), ankles, toes, knees, and lower back. I felt like an old lady instead of a 32-year-old healthy, hands-on mom of two beautiful, ACTIVE little girls.

Although these symptoms were not categorically present, they occurred frequently. I began walking, stretching and even incorporated yoga into my exercise regimen. Still, the joint pain did not dissipate. With no relief in sight, I began to worry and scheduled doctors appointments.

While it was recommended I see a rheumatologist, my insurance would not pay for a rheumatologist and the out-of-pocket costs were not in the budget. Trying to figure out what was going on, I paid a visit to my OB-GYN, who discovered cervical dysplasia and recommended a LEEP procedure to biopsy my cervix and rule out cervical cancer. $10,000 later, I was told I didn’t have cervical cancer and no reason was given for my dysplasia.

Living in a small town has its benefits (no traffic) and some downfalls (inadequate medical facilities). The local GP, who I had been seeing for my aches and illnesses, was oblivious until one of his nurses I talked to believed my joint pain (and other symptoms, including the UTIs/off and on blurred vision) was being caused from reactive arthritis.

Due to a previous bout of gastric ulcers, I was unable to take Ibuprofen for the pain and swelling. I was prescribed Darvocet to relieve the debilitating joint pain I was experiencing — a prescription that would be used for the next 18 months. I eventually stopped using the medication, relying on over-the-counter analgesics to temporarily relieve my discomfort. Needless to say, my co-workers could “smell my pain.” Keeping a sense of humor was, and still is, imperative to making it through the bad days.

THE MOST DIFFICULT PART…

Living with semi-constant pain has affected the most important aspect of my life: being a mom. There were many occasions where my fingers were so swollen and the pain in my lower back so intense I couldn’t pick up my daughters. This was especially difficult as I was going through a divorce and as the sole caregiver of these two beautiful and VERY active little girls, I often cannot be the mom they needed and continually need me to be.

When there is no one else around and your child is crying for you to hold her and you can’t do it, it is psychologically tortuous. Explaining, “Mommy can’t hold you right now,” isn’t sufficient as an 18-month-old doesn’t understand the underlying aspects of severe pain. I started wearing a Velcro back-support brace to pick up my children more comfortably — even though it was a fashion eyesore and made me look 15 pounds heavier. Vanity goes right out the door when you are in this much pain. Unable to be the mom you envision and address your infants’/toddlers’ needs has been the most difficult consequence of this seemingly never-ending chronicle of misery.

The Proof is in the Pudding Peanut Butter

While I have proof of the tainted peanut butter — thousands of others aren’t as fortunate. If I wasn’t a researching enthusiast, I wouldn’t know that other victims of foodborne illnesses are suffering similar, long-term effects that have literally changed their lives. Those closest to me have noticed the toll it has taken on both my health and general disposition. I used to be a healthy, happy triathlete and considered by most as the “life of the party.” I am now a fatigued, shell of my former self. I have spent thousands on medical bills, still suffer from ailments and feel the weight of the world on my shoulders — limited by my inability to take off work as mine is a deadline-driven type of occupation.

I wish I could say there was an end to my story. The medical bills alone are a monetary reminder of my sickness. My foremost hope is that my youngest daughter, now two, will stay healthy and not suffer any kind of long-term health problems due to her being in utero at the time of my sickness. I never thought eating a jar of peanut butter would change my life. But knowing I have two little girls who are dependent on me keeps me going. 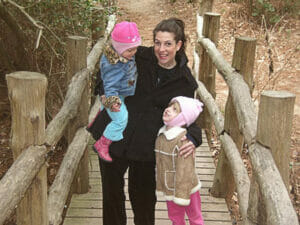 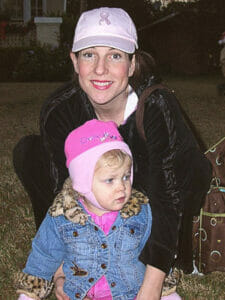 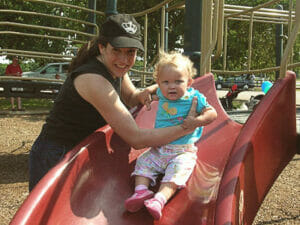 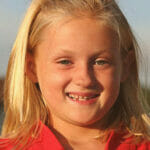 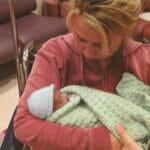