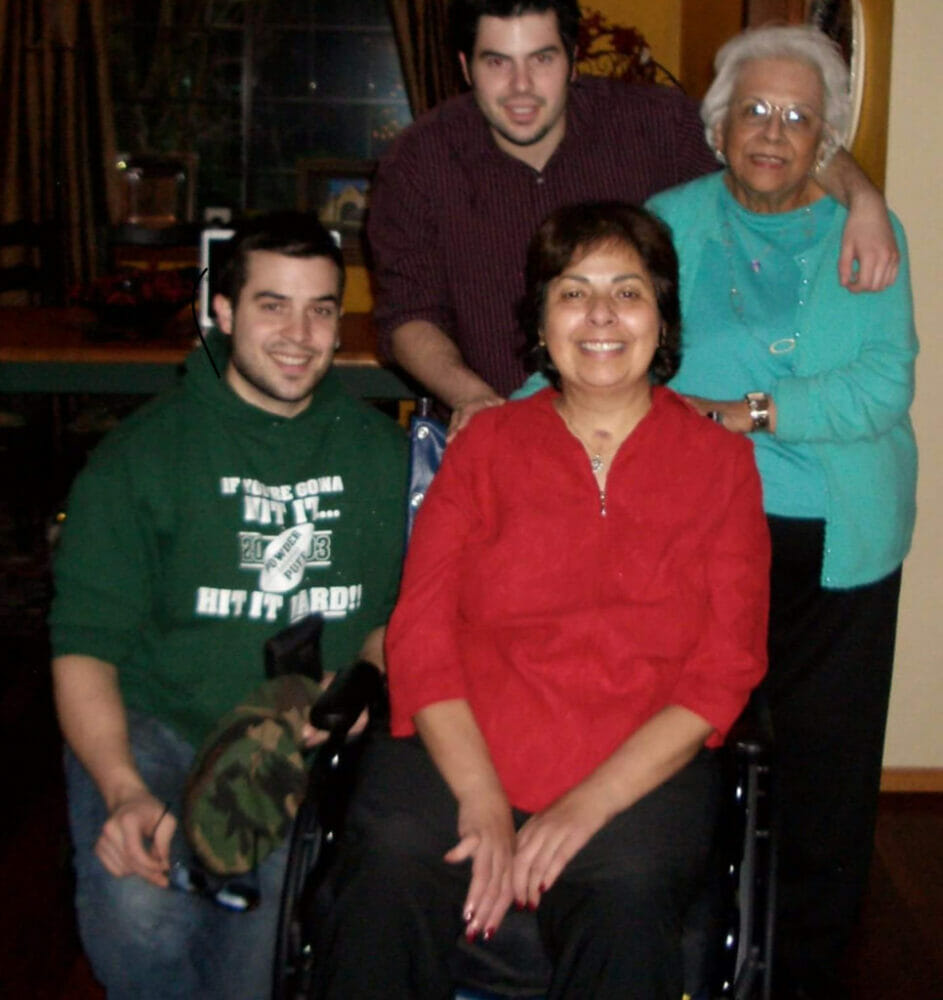 I saw the full length of my body in a mirror for the first time. I didn’t recognize the woman looking back at me.

I am a wife, mother, daughter, sister, best friend and registered nurse. Throughout my life I have enjoyed physical activities in various forms such as jogging, cycling, dancing, hiking, water sports, downhill and cross country skiing to name a few. As a mother I enjoyed cooking for my family. As a nurse, I was fulfilled working in a great profession for over thirty years. I love walking barefoot, especially in the grass, and I adore strappy sandals. 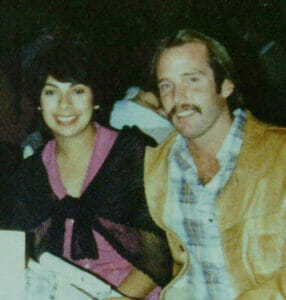 However, the life I knew came to an end in June of 2008 when I drank raw milk from a local Ecodairy that was unknowingly contaminated with Campylobacter bacteria.

The dairy owners were social acquaintances of my husband and I. Since I believe in a balance diet without supplements I was interested in a natural probiotics alternative. Initially I had been skeptical about raw milk but after much persuasion I decided to educate myself. I attended 2 of the 4 classes offered by the dairy based on Weston A. Price teachings. I had been given a booklet to read that included a list of several tests the dairy’s milk would be subjected to for safety. The dairy owner told me that their milk underwent testing above and beyond state standards to guarantee a safe product.

The clincher was when I was reassured that the milk was so safe, the owners of the dairy had given it to all their children starting when they were babies. On June 1st I drove to the dairy and brought the milk home along with raw milk mixed with kefir. My youngest son was home that summer working as a wildlife biologist, he only drank the milk once, but I drank it several times that week. By the weekend my son had experienced 3 days of vomiting and diarrhea. However, I experienced two hours of violent vomiting and diarrhea.

The next week at work, I felt depleted as if I were recovering from the flu. By Thursday I began having severe burning pain in my legs, I went to the ER and underwent numerous tests that were negative. Friday morning I awoke with double vision, the pain had worsened and my strength was diminishing. An MRI was done and that too was negative. That night when I tried to get up I realized I was paralyzed. My husband called for an ambulance and I was transferred to the local hospital.

With my body deteriorating I was put on a medevac flight to a medical center in Oregon. My diagnosis was Acute Motor Axonal Neuropathy a type of Guillain Barré Syndrome associated with campylobacter ingestion. The next day I was intubated and put on a ventilator, I would remain on life support via a tracheostomy for 3 months. I cannot begin to describe the horror I went through during this time. The pain, isolation within my mind not being able to talk or move, the helplessness, as well as the stress my body was going through. My B/P and heart rate would reach dangerous levels since my autonomic nervous system was affected; I was in trouble.

One’s imagination cannot fathom what it is like to be entombed within your body; it is terrifying. The dairy owners came to the hospital and admitted to my family that there had been red flags that were ignored. The dairy owners are not bad people; I feel they were offering the community a product they believed in. However, this is an example that even with the best intentions, raw milk can be contaminated before it reaches your table.

Once again I was transferred via medevac flight to a northern California Rehabilitation hospital to be weaned from the ventilator. I would return to Oregon’s medical center for in-patient physical therapy. This is where I saw the full length of my body in a mirror for the first time. Initially, I didn’t recognize the broken woman pinned within the standing frame looking back at me. This was the moment that I began to spiral into depression, unable to cry because my respiratory system was too weak. The first weekend in November my husband transported me home via a van outfitted for my wheelchair. I was tethered to my wheelchair and I wore a large support belt around my waist for I was unable to sit up without support. I had been in the hospital for 5 months.

At home I slept in a hospital bed in my family room for 14 more months. I was transported to the commode or shower chair by a Hoyer lift. My husband moved our bed downstairs next to me and would wake up every two hours to turn me, attend to my needs and then he would go to work the next day running a busy practice.  I was flabbergasted to read a raw milk blog declaring that I had had chemotherapy for cancer and I was going for a Hail Mary treatment with raw milk. It also read that my husband the veterinarian had left me in a nursing home. Initially, I was deeply hurt, then angry since my husband was meeting all my needs and my physicians made known that my initial strength and good health were significant in my survival.

My recovery has been slow; after nine years of physical therapy I finally stopped at the end of 2017, it was time to accept my disabilities and live life. I have neuropathy in both hands, and both legs from the knees down; it can be very painful. I no longer have the ability of fine motor movement in both hands. With the extensive nerve damage and lack of use my quadriceps atrophied, I have bilateral drop foot and will depend on leg braces for the rest of my life. The collateral damage is overwhelming; I lost my career, my independence, and my husband sold his practice to take care of me.

My life and my family’s lives have changed forever.

I’ve worked with psychologists to help me deal with what happened to me, my family and of course the depression. I moved out of state, it was too stressful to remain in my home and community of 21 years.

We as a society do not make a practice of consuming raw chicken or raw hamburger because we understand the possibility of contamination. Then why do advocates assume it is different for raw milk? We never imagine that anything like this would happen to us; somehow we feel we are above it.  So instead, we blame the person who was stricken ill, there must be something wrong with them.

I will tell you it does happen. It’s been ten years and although the shock has subsided I continue to mourn milestones as my life moves on, most recently having to acknowledge I can never be capable of watching my grandchildren by myself. (Mari, 2012, updated 2018) 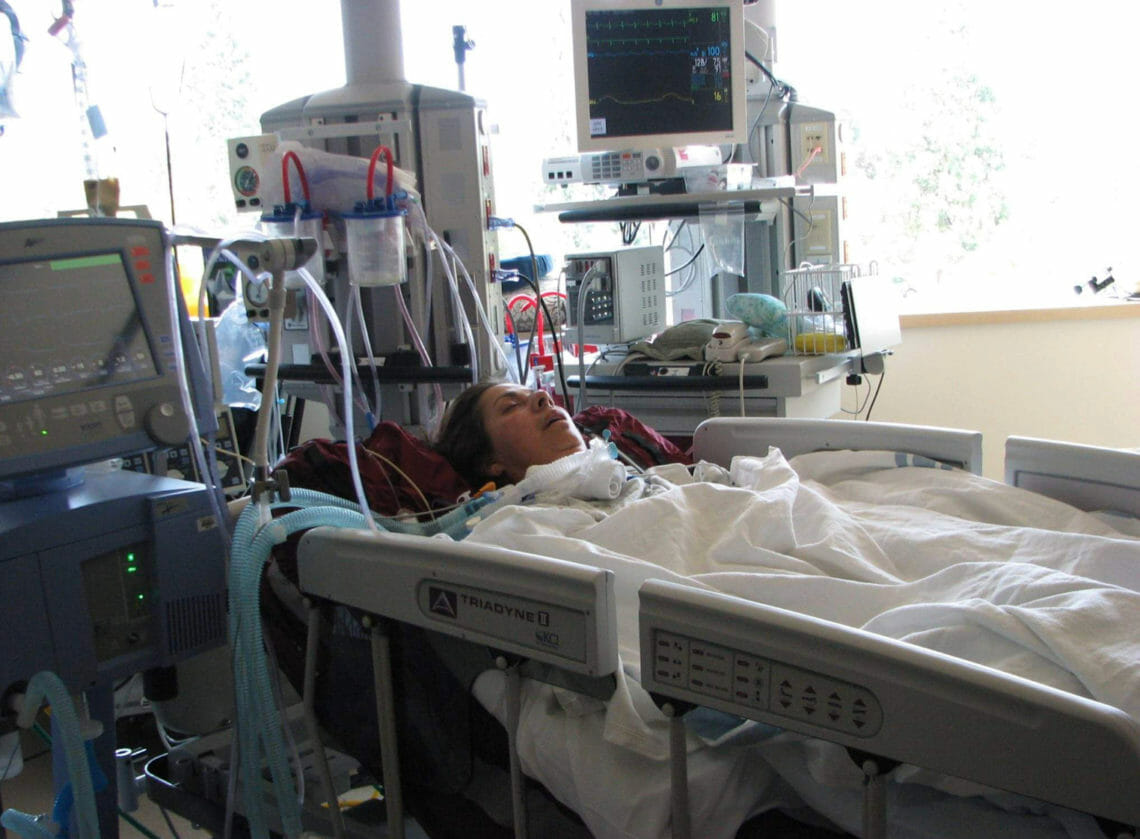 Mari in the ICU, dependent on life support, 2008. (Click to Enlarge) 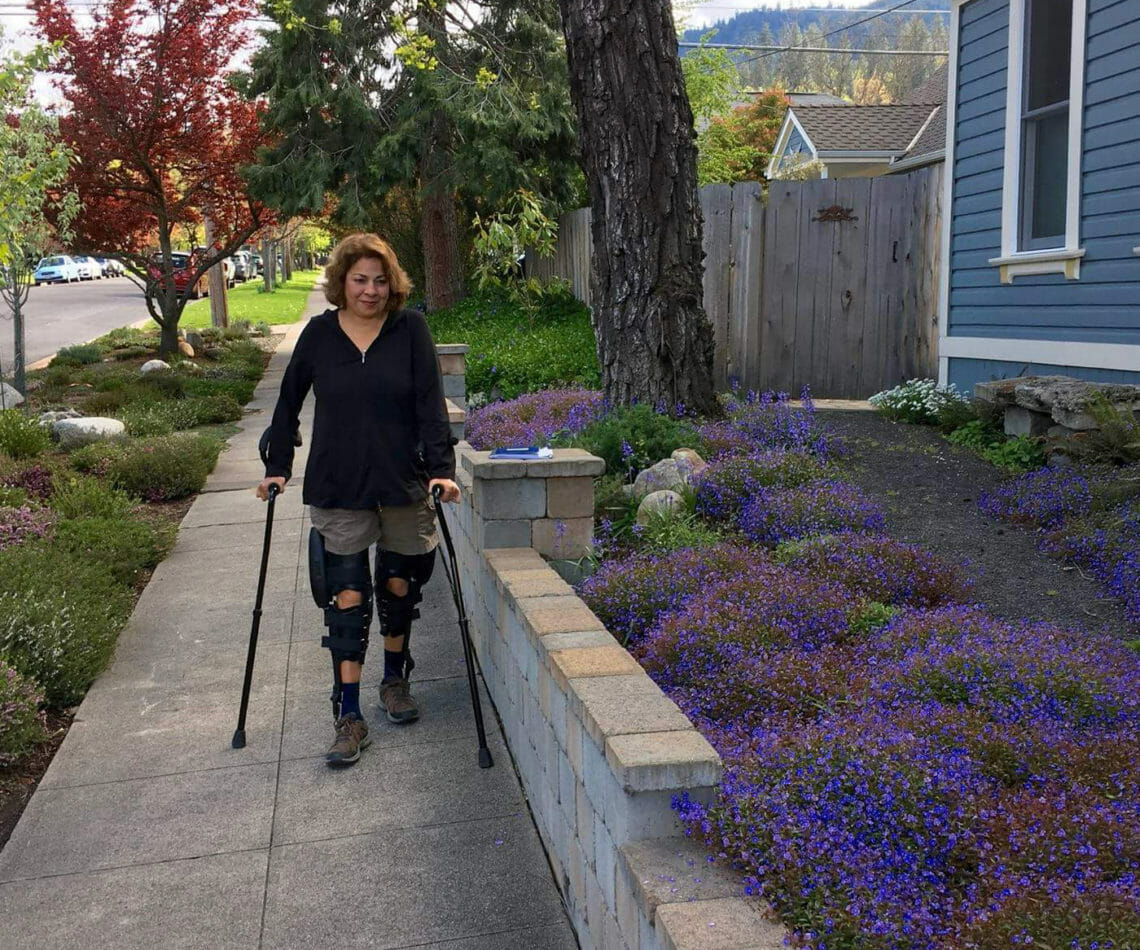 Braces with microprocessors give Mari the ability to walk, 2018. (Click to Enlarge) 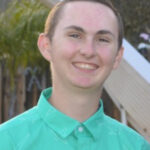 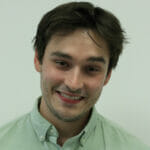