How could she know that this meal would change our lives forever?

In 1990, when I was six years old, my mom took my two-year-old brother and me out to get cheeseburgers for lunch. How could she know that this meal would change our lives forever? Shortly afterward, my brother and I became ill with horrible stomach cramping, diarrhea, and vomiting. My mom assumed it was a virus, and my brother began to recover; I, however, only continued to get worse. I remember my parents carrying me up and down the stairs when I became too weak to climb them on my own. Within days, typical diarrhea became nothing more than bloody mucus. When I had not urinated for over twelve hours, my doctor told my parents my kidneys were failing and to take me to the emergency room. I was diagnosed with hemolytic uremic syndrome (HUS) due to E. coli poisoning, and sent to Seattle Children’s Hospital.

Once admitted, I was given blood transfusions and remained on dialysis for three weeks. My body was swollen from water retention. My mom spent day and night by my side, while my father was forced to work and care for my younger brother, causing him to eventually lose his job. On Halloween, my mom dressed me up as a flower and wheeled me to a hospital party. I remember my aunt bringing me red plastic costume jewelry and putting lipstick on me, attempting to brighten my spirits. My entire first grade class wrote me “get well” cards. I missed two months of first grade, which set me behind in reading for two years.

After several years, my kidneys were functioning at a normal level again and we thought I was out of the woods. Aside from suffering from severe depression from junior high to high school, it seemed I had left my experience with E. coli behind me. However, in my senior year of high school I began getting headaches and my eyes wouldn’t adjust well to changing light conditions. One morning I woke up with Bell’s Palsy, a sudden paralysis of half of the face. I went to the emergency room and they found I had blood pressure of 240/150. My nephrologist explained this was caused by my heart compensating in order to circulate blood through the scar tissue in my kidneys due to the E. coli. I spent another week in the hospital and was diagnosed with chronic kidney failure. My kidneys were functioning at 35% and my doctor estimated that I would need a transplant by the end of my forties.

After a successful first year in art college, I began to feel lethargic and suddenly started to fall behind in my classes. In the spring semester of my sophomore year, I was shocked to discover that I would need a kidney transplant by the time I graduated. This began a year and a half of waiting for my transplant. In this time period, I dealt with guilt over my dropping grades, trips to the emergency room for dangerously-high potassium and a bizarre reaction to one of my anti-nausea medications, and fighting my body’s urge to sleep up to sixteen hours a day. In October of 2006, my mom donated her kidney to me in a pre-emptive transplant surgery.

A year and a half later, I am now two semesters behind in school, and terrified about finding health insurance once I graduate. My parents have always provided my insurance and helped me pay my doctor bills. How will I be able to afford them on my own? Most 23-year-olds worry about where the next party will be, not health insurance. I take twelve different medications a day and get blood drawn once a month, a regimen that will continue for the rest of my life.

I live in fear of becoming ill due to ordinary viruses and bacterial infections. Six months after the transplant, I was back in the hospital for a week due to an ordinary stomach virus, that within four hours of symptoms appearing, left me so dehydrated, I was having trouble breathing, my fingernails were blue, and EMTs had to carry me to the car to get me to the emergency room. A typical transplanted kidney lasts ten to fifteen years, which means when I am between the ages of thirty-two and thirty-seven, I may need another transplant. I am guaranteed to have more health problems in the future due to my kidneys. I also face emotional consequences from my ordeal, including low self-esteem as a result of my new kidney’s bulge on my abdomen, as well as a gnarly ten-inch scar from the incision. I have also had to sacrifice the one job I have ever had that I truly loved. I work at an animal hospital, and because of the risk of infection, I am no longer allowed to handle the animals and am restricted to working in the front office as a secretary.

I have become a vegetarian in part because I do not feel safe eating the meat produced in this country. Ironically, because of my kidney transplant, I am now at a higher risk of getting HUS were I to become ill again with E. coli. I wonder what lasting impact the original E. coli poisoning had on my brother, not only as a victim himself, but also having to witness his older sister’s struggle and hospitalization. I also believe the pressure of my being so sick directly relates to my parents’ divorce two years after my E. coli poisoning. 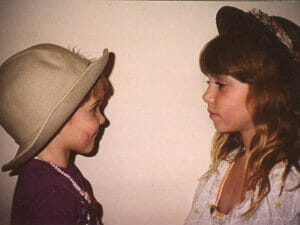 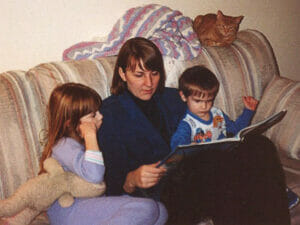 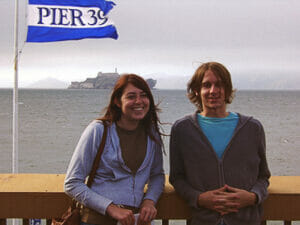 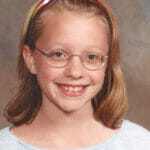 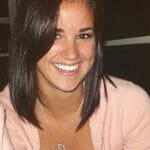