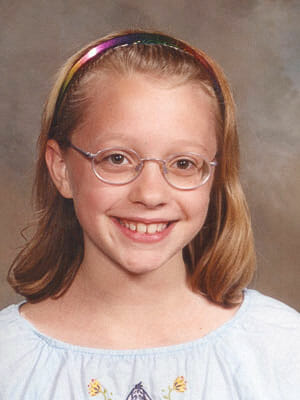 The doctors informed us that we were in for a long ride - that there were no medications or drugs that would help...

I still can’t believe how difficult it is to go back in time and make myself remember. It was May 23, 1997. I picked up my five-year-old from daycare and the daycare provider told me that Libby had complained of a headache and been sick to her stomach. When I got her home she did have a fever. That evening she began having diarrhea every 20 minutes or so. The diarrhea continued for about a day and a half before it turned bloody. The pain began. She would double up in pain about every 20 minutes and my quiet little one would scream when it hit her.

We took her to the emergency room and they pumped her full of fluids and insisted we go home to see if she improved. Before two hours had passed we were right back at the emergency room. We got to the emergency room at 6:00 pm and at 3:00 am we were still waiting for a room. My daughter was hollering out in pain every 15 minutes or so now. We could see her stomach spasm before the pain hit, and her breath had a very strange odor to it. We tried to hold her and help her with the pain. When I would inquire as to a room, I was repeatedly told there were more important patients to be seen than my daughter with a case of the stomach flu. They dismissed me. If only they knew.

The first thing done at the ER was a nurse administered a suppository to my daughter. She had had diarrhea for 36 hours before presenting to the ER. She started screaming at the top of her lungs, “Please help me!” I cried. Nurses stared at us. Everyone stared. No one offered to help.

She finally got admitted to a room. There is no pediatric unit at our small-town hospital. She was on the same floor as all the other patients. An IV of fluids was started. My husband and I stayed with her non-stop; I did not dare leave Libby’s side. The IV machine would beep. No one would come. I remember walking down the hall to the nurse’s station to ask if perhaps they should check her IV. There was no call button in her room and no telephone. They brought me a bell.

The abdominal ultrasound did not reveal anything. A surgeon was consulted and Libby underwent a barium enema. She cried. Her doctor cried. She was five years old, naked in front of strangers having this cold, scary procedure, not knowing why she was hurting. No one came to clean up our daughter after the procedure. My husband and I actually had to take paper towels out of the bathroom and wet them to clean her. I kept asking what was wrong and the doctor kept telling me she didn’t know. I kept asking for her to consult with a GI specialist. But it was Memorial Day weekend and my doctor told me she had been unable to speak with any of the GI doctors at Dartmouth Hitchcock Medical Center. No blood samples or urine samples were taken the first two days she was at the hospital. She was given a morphine drip to help with her pain. She started to hallucinate. We stayed by her side constantly. She was exhausted. Her grandpa came with a present for her but she wasn’t interested. Not even a smile. I kept calling my parents to update them, but all I could say was she was still in pain and still no one could tell us what was wrong.

The third day at the hospital I watched the nurse come into the bathroom. She looked at the “hat” toilet (which was being used to carefully measure her urine and, by this point, almost straight blood). I noticed the nurse come back into the bathroom and simply dump it into the toilet without measuring or writing it down. I was dumbstruck. I told her that I noticed her urine was tea colored, and I said I think Libby now has blood in her urine as well. She told that me was not possible and reached for a medical book of a bookshelf, which she began to read. I panicked. I realized at the moment that these people had no idea what they were doing and that my daughter was going to lay in this bed and die.

Libby’s aunt, a Registered Nurse, came to visit that afternoon. She took one look at Libby, pale and bloated, and told us that she was in renal failure and to get her our of that hospital and admitted to Dartmouth Hitchcock immediately. I demanded an ambulance for transport and was told that it didn’t work that way. I insisted that it was going to work that way and I wanted her transferred.

The ambulance ride was over in an hour and it felt like a lifetime. When we arrived at Dartmouth Hitchcock Medical Center, it was like night and day. My daughter asked if we were at the good hospital and you could almost see the relief in her face. She was immediately put into a colorful, large room. A team of doctors surrounded her bed and asked us a barrage of questions. What did she eat yesterday? The day before? The day before that? My husband remembered Libby ate about half of a very undercooked hamburger at a family cookout. I felt sick. Ironically, I am very overprotective parent who usually would check every single item my children ate, but was tired that weekend and neglected to check. They suspected E. coli and said it appeared that Libby was suffering from a rare complication called hemolytic uremic syndrome, or HUS.

The doctors informed us that we were in for a long ride — that there were no medications or drugs that would help Libby, but that her body had to fight this battle itself.

They started an IV, but this time at a reduced rate, as the fluids were being administered at too fast a rate at the other hospital; which actually flooded her cells, causing her to gain a few pounds in fluid. Her kidneys were starting to shut down and the kidney specialist was called in. I needed to sign the consent form for dialysis. While virtually no labs were done at the other hospital, labs were now drawn every few hours. The few words Libby spoke, she started referring to the lab tech as Dracula, as she would finally drift off when they would come wake her for more blood samples. Her platelets dropped to a low of 14,000. The cramping and crying out in pain gradually increased to every 5 minutes. I remember thinking it was so odd to see the nurses outside her room at the nurses station just going about their work while my child was crying out at the top of her lungs. I admired and loved each and every one of them for taking care of our baby.

Every day was a roller coaster ride. Libby had not eaten or had anything to drink in days. She was allowed ice chips sporadically, but even those could cause a perforation of her intestines. I said a silent prayer and thanked God that Libby had not been interested in the food offered to her at the first hospital (of all things, a hamburger, on the first day of her admission).

One afternoon, when Libby finally appeared to be resting comfortably for a change, I stepped out of her room to a chair out by the nurses’ station. It was then that her doctor came over and asked to speak with us. She told us that Libby’s numbers did not look good, and she wanted us to be prepared that, at any moment, our daughter could suffer a stroke, have a heart attack, seizure, or, that she could die. I couldn’t believe it was all happening.

You feel so hopeless when there is absolutely nothing you can do to help your child when they are hurting, when there is no magic pill you can give them to make them better. We live in a society where if you don’t feel good, you go get an antibiotic. Simple as that. Well, it is not as simple as that.

We did all we could. We prayed. Minutes before Libby was to be wheeled to surgery for dialysis, her kidneys started working again. She had finally turned the corner and her body started showing signs of improvement. On June 1st, 10 days since first being admitted, in one of her first words in days, she asked her father for french fries. After receiving the doctor’s blessing, he made the fastest drive of his life to McDonald’s. On June 2, 1997, Libby was discharged.

We were lucky. So very, very lucky. Our thoughts and prayers are with each and every victim of foodborne illness and their families. 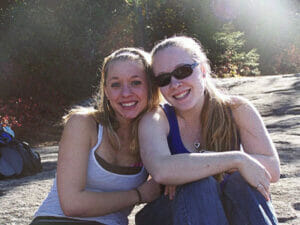 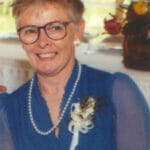 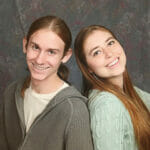