Taking the beef out of the package, forming the patties, putting them on the grill; that was enough ...

I was born and raised on Long Island, spending my formative years partaking in all the blessings of the coastal region. Being on the water and spending time with friends, enjoying fresh food, and cooking for company were common pastimes. I’m a “glass half full” kind of guy and I’ve always had a positive view towards life. One day, my outlook and attitude was significantly challenged by an experience I had with food.

At 46 years of age I was running two recycling companies – so outrageously long 70-hour workweeks had become second nature to me. On the weekends I was getting out on the water with my sailboat, taking in the horizon and the calming effects of the water around me. Long bike rides were also part of my routine. I loved the workout I found along the coastal terrain of Maine. Both water and snow skiing were also passions of mine, no matter what season it was, I would strap them on and go for a spin. Basically, I like staying busy. ‘Like’ might be an understatement, I thrive on being busy. Relaxation to me does not mean sitting on a couch numbing my mind with television. It means getting outside and staying active.

I had the opportunity to sell both my recycling companies, and because of that I was pretty much set for retirement. My retirement did not last long though. I began experiencing weird symptoms such as numbing in my hands and feet so I consulted my doctor who, six months later, figured out I was being affected by MADSAM, a rare sensory, autonomic and motor nerve disease that attacks the autoimmune system. At night I sometimes stopped breathing and my girlfriend would shake me awake in a panic, terrified of what could happen to me. I wound up bedridden and could not even hold a fork or pen. That slowed me down for a long time and the treatment ate up most of my retirement fund.

Eventually, I started to get back on my feet. It felt good to be active again. I volunteered a lot, mentored youth, and was involved in the financial aspect of bike organizations. My old business partner and I were still friends and continued looking into business ventures together. MADSAM still affected me, but I was getting back up to speed. Then one day, a Sunday afternoon in November of 2011, I found myself facing a battle that sent me spiraling backwards.

That Sunday, November 27, I enjoyed a delicious breakfast out with my ex-wife and son, not aware that it would be my last full meal for many weeks! Later that afternoon, after returning home, I began feeling ill, mainly with nausea and an upset stomach. The diarrhea started soon after. By that night, I could not leave the bathroom. I tried taking Alka-Seltzer, but intense vomiting immediately ensued. That night I stayed curled up on the bathroom floor, attempting sleep, frantically searching my mind as to why this was happening to me.

On Monday I still could not leave the bathroom and spent the entire day on the bowl. I called up a friend to bring me Gatorade, hoping that if I just kept myself hydrated everything would be fine. However, I spent another grueling night in absolute agony, trying to seek comfort on the hard tile of my bathroom floor. Early Tuesday morning the diarrhea had turned into significant bleeding. By then I knew I needed more help so I called my doctor who instructed me to immediately go to the emergency room. That day was spent in the ER, trying to restore my fluids with IV solution. I went through three 1 liter bags. The doctors took urine and stool samples to send to the lab to be tested; by then the stool was all blood. Later in the day, I was feeling a little stronger thanks to the IV fluids, so I was sent home.

Wednesday found me still very weak and bedridden. Though the bloody diarrhea was persistent, I was thankful that I could sleep in my bed and was no longer a prisoner to the bathroom. Waiting for answers was hard. It was so unclear what was going on. I had never been that sick before. I was frustrated and scared.

Finally, with Thursday came answers when I received a call from one of the doctors who had treated me in the hospital. The tests from my urine and stool samples came back showing that I had Salmonella-typhimurium. She called in a prescription to my pharmacy for a five-day supply of Cipro.

The next week was filled with phone calls. Vicky from the Maine Center for Disease Control informed me that after further testing my illness was found to be consistent with 13 other cases in 7 states. Because each case had the same distinct genetic marker, the CDC was concerned that they had an outbreak on their hands. Over the next two days, I was on the phone with Vicky for over an hour talking about my illness and answering specific questions. By the second day it was determined that my Salmonella came from a three pound package of ground beef purchased from the local chain grocery store. I told Vicky that when I returned home from the grocery store, I divided the meat into three 1-pound packages. I used one package to make hamburgers and froze the other two. Within minutes, a man from the CDC was at my house to retrieve the left over packages for further testing.

I ate a burger as did my girlfriend’s daughter and she was 100% healthy. I handled the raw meat though.  Taking the beef out of the package, forming the patties, putting them on the grill; that was enough for the bacteria to enter my body and to get me violently ill.

After more phone calls and looking back at my bank statements, I traced the purchase of the suspected meat to a specific date and with Vicky’s help attained a physical copy of the receipt. My last phone call with Vicky was December 15, 2011. She informed me that the first test of my meat screened positive so they had to plate it and try to grow it.

In the three weeks that all these events took place, I lost 15 pounds and did not eat a full meal once. Even today I continue to be fatigued. I no longer eat hamburger and never buy ground beef from the store, though that probably goes without saying. I am tending towards eating more fish, but am even cautious with that. Everything in my life is more cautious. I can’t go as hard on my bike, and my riding is much slower. When I’m invited out places I can’t agree just like that. I need to stop and think, ‘Well, how am I feeling?’ and ‘what do I need to bring, am I up for this?’

I am constantly reminding myself that positivity is key, in fact, that’s what got me through this whole ordeal. That and faith. And of course, a lot of medicine.

I know we’re all here for a limited time, so I was never afraid of dying. My kids have seen me go through a lot. I keep a positive attitude to show them how to keep your balance, even through adversity. I’ve always taught them to live each day the best they can.

That is definitely what I would want anyone reading my story to understand.

Yes, my life has changed, and yes, I am more limited now than I was before the Salmonella. But I am still here, and I still have the opportunity to live and put a smile on people’s faces.  We’re all individuals, but when we come together to help one another- that’s when life is worth living. I believe in helping others. I care about food safety, and would never want anyone to go through the hurting and hardship that I had to go through. I believe in God and believe that anything is possible.

My children are living happy and successful lives. I’d like to think I had a hand in that. I’ve always told them to live life, and not let anything get in the way of your dreams.  I am currently developing my own non-profit, mentoring young people and finding their spark through sailing. 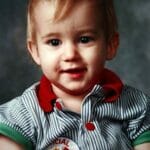 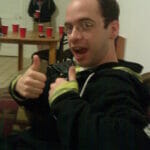