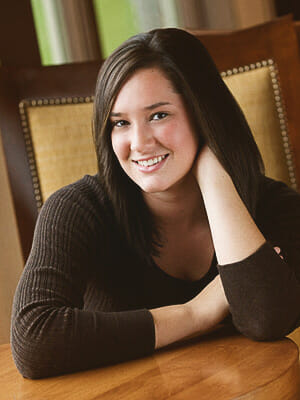 She felt as if she went to sleep she would never wake up again...

Elizabeth’s first 2 weeks in 1st grade went by without a glitch. The 3rd week would prove to be a different story!

In the beginning, Elizabeth experienced flu-like symptoms, which grew steadily worse, until we landed in our doctors’ office 4 days later. I knew we were looking at something much more serious than the flu. I told Elizabeth’s dad, Omar, that I knew of no other reason for bloody diarrhea than having contracted E. coli. I felt that couldn’t be the cause since she hadn’t eaten hamburger in the recent past! I have learned a lot about the disease since then! Sometimes I wonder why it doesn’t happen more often!

We took shifts caring for her. It was hard to sleep through the grunting sound she made while on the commode — I have never seen a child work so hard, physically, in my life. It was as if she were in labor — a labor that was to last 7 days!

Elizabeth’s kidneys shut down. The doctor’s had talked to us briefly about HUS, but it occurred in such a small percentage of cases of E. coli, we didn’t think much about it. The local medical people arranged for us to be flown to Children’s Hospital in Seattle, where doctors have more experience with this disease.

The night they decided to airlift her to Seattle, they came in her room to weigh her. She had gained 9 pounds in 4 days! I must have looked like a deer in headlights! I knew she seemed heavier as I put her on the commode, but I was also exhausted. Common sense told me that with all of the fluid she was losing, she should have weighed LESS not MORE!

We would stay at Children’s Hospital for the next 23 days, where Elizabeth would endure 15 days of dialysis, 5 days in PICU, and 3 blood transfusions. Just as she would overcome what seemed like an impossible obstacle, there would be another waiting for her just around the corner.

The second night we were at Children’s, I was saying goodbye to her before I went to take a quick shower. She looked deep into my eyes and whispered, “Mom am I going to die?” I never imagined I would be asked that question by a child! I tried to tell her that all of the doctors that came to see her had taken care of many kids with the same disease, and they were doing everything possible to help her. I didn’t want to lie to her — that very same question was in my mind! I assume she didn’t believe me because she asked every single person who came into her room! It was rare when her doctors or nurses left with dry eyes. Even a maintenance man, who came to change a light bulb, was asked to respond. His eyes were bright with tears when he left.

That night, I left to take a shower and try to get some sleep. Just as we were dozing off, around 2:00 a.m. the phone range. My stomach knotted — I knew it was bad news. The nurse urged us to return immediately. Elizabeth had been moved to PICU. Her lungs had completely filled with fluid and she was unable to breathe! A tube was placed in her chest, draining a full liter of fluid. The next day, dialysis removed another 8 pounds of fluid from her body.

Elizabeth began to hallucinate, exhibiting what appeared to be seizures or convulsions. She was tied to her bed to keep her from harming herself! Her doctors feared the toxins had gone to her brain. Her fear of dying was so intense, she did not sleep for 9 days! She would doze off and then force herself to awaken. She felt if she went to sleep she would never wake up again. After receiving the results of an EEG and a MRI, her doctors determined that Elizabeth was suffering from severe sleep deprivation. She was given something to help her sleep and that is when she turned the corner. Until then, we all knew she was in a life-and-death crisis. I truly was not prepared for the damage that bacteria could do to the human body and the human soul! Few understand the trauma experienced by my precious 6-year-old.

Elizabeth is 8 now. She plays basketball, soccer, and golfs. She is a very intelligent, athletic, caring, and confident young lady, who because of her experience, wants to make a difference. She has encouraged other E. coli victims in the hospital; was one of the local stories for the Children’s Miracle Network in 1998; dressed up as Santa (her choice of Halloween costumes last year) delivering toys to sick children on Christmas Eve; as well as participating in a major advertising campaign for Children’s Hospital in Seattle.

All of these activities are therapy for her. We feel it is very important to educate the public and to do all we can to prevent this disease from affecting anyone else!

Elizabeth’s health is improving all the time. Her doctors are keeping a close eye on her; her progress will be monitored well into her teen years. SHE IS ONE OF THE LUCKY ONES!

Survivors of tragic events often ask themselves, “Why me?” I found myself asking, “Now what?”

As a 6-year-old, I knew my purpose in life, after fighting E. coli O157:H7. While in ICU, at Seattle’s Children’s Hospital, having the fluid drained from my lungs, while receiving dialysis due to complete kidney failure, I knew I had survived to make a difference.

I went from not sleeping for 9 days, for fear that if I feel asleep I might not ever wake up, to feeling blessed that I had survived an illness that takes so many innocent lives.

In 2003 and 2004 as a member of Safe Tables Our Priority, I traveled to Washington D.C. to lobby for tougher food safety laws. As I stood at the podium in front of members of Congress and the media, reliving my personal battle with E. coli, I knew I was making a difference. I felt empowered, looking around the room seeing the grieving faces of parents who had lost their children to foodborne illness, knowing that I was taking a stand for their children as well.

I used the basketball court to test my physical and mental toughness that I had acquired at such a young age. I excelled in basketball, having dreams of playing in college. Those dreams were cut short by an unfortunate chain of events leading to 4 knee surgeries in 6 months, the last of which, required emergency surgery to repair a damaged nerve that had been stretched during ACL and LCL replacement. “Now what?”, I thought to myself, as my surgeon nervously explained to me that he never meant to hurt me and the reality of drop foot. I told him that I still trusted him and that I needed him on my team as I faced a lengthy recovery and the redefinition of my dreams.

With his honesty and my forgiveness, I forged through recovery and the acceptance of my situation, to find a special interest in Orthopedic Surgery. I have watched many surgeries and have spent time in clinics and I am convinced that I was meant to be an Orthopedic PA. My experiences have left me well-equipped to work with athletes and patients alike. 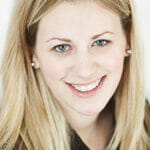 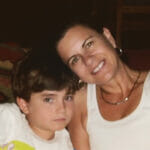