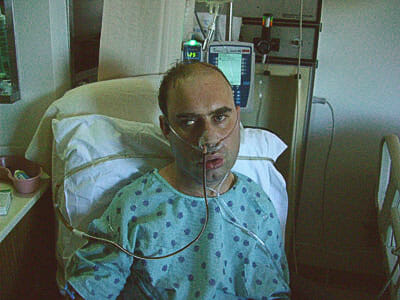 In the summer of 1975 I was eagerly awaiting the birth of our first child...

In the summer of 1975 I was eagerly awaiting the birth of our first child, due at the end of November.

Then, three months before term, I became ill with a high fever and severe back pains. At the hospital emergency room, I was diagnosed with “the flu” and sent home to take aspirin and recuperate. I recovered, but my unborn baby stopped kicking, despite belated antibiotic treatment. On September 11, 1975, our son, Edward, was born extremely prematurely and nearly dead from Listeriosis.

He survived with severe multiple handicaps: mental retardation, cerebral palsy, hydrocephalus, near blindness, autism, and more. Three decades later we still care for him at home.

During the past four years we have spent months at the University of California Medical Center where Edward has required surgery for multiple small bowel obstructions caused by adhesions. The adhesions (scar tissue) were, in turn, caused by previous shunt surgery for hydrocephalus, secondary to Listeria-induced prematurity and septicemia. Last summer, Ed required a shunt revision, which became complicated by ileus and pneumonia requiring ICU care. He is currently home from a hospitalization for pneumonia during which he suffered a heart attack — all the ultimate result of Listeriosis. Ed is 32 years old.

I am outraged that steps to curb the spread of Listeria through our food supply, proposed by President Clinton, have been rendered ineffective by the current administration. I would like to do everything in my power to prevent this serious illness from threatening another child or another family.

Written by Helen, mother of Edward 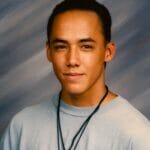 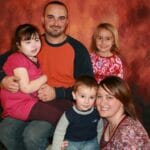