The department head of gastroenterology finally walked up… “This boy is very sick” were her words. 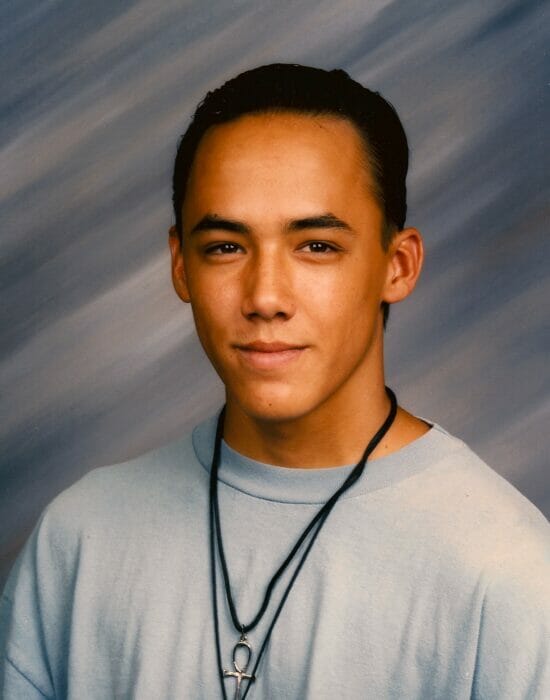 On November 20th, 1992, I got home from work, got my son Draak and we went to a restaurant we had been several times. I ordered a patty melt and he had two hamburgers, with everything to go. By the time we got home his hamburgers were gone. He was 17, food in front of him did not last long.

On Sunday we were in a store, he was behind me, and grabbed his stomach and then grabbed my shoulder and said, “Dang mom, my stomach really, really hurts.” I asked if he had gas or had to go to the bathroom. He said no to both, just a real bad stomach ache, so we headed home. After a while he was okay, then Monday he got up for school, this was the week of Thanksgiving, said he was not great, and he did have a slight fever.

I called school and told them. It was November, flu-season time, he had all the typical symptoms of flu: nausea, fever, feeling blah. That day the diarrhea came on. He was calling me at work and I was telling him what to take and do for himself.

I work for a large, well-known HMO, and am a pharmacy tech of 20 years; he was eating soup and kept light foods down. So I felt safe. Still the fever would not leave, at all. The diarrhea was coming faster. I got a prescription for phenergan, I suppose for nausea, to help him keep more down. I told him I wanted to see the diarrhea when it happened again. I had been alerted to look for blood by a physician assistant from work. He never said the word E. coli.

At 3:30 Thanksgiving evening he woke me. His fever was 103.4 and showed me the diarrhea – there was blood. I called the ER. At my HMO, they told me to bring him in directly. I did so.

Well, after 12 hours in the ER observation, and a million questions of what he ate, where he had been, countries and elsewhere and lots of blood drawn, the department head of gastroenterology finally walked up and told two doctors to admit him immediately. “This boy is very sick,” were her words.

He was put into an isolated room because they had no idea what he had. Infectious disease doctors arrived, again asking all the questions of what type food he ate, when, where, how much. They took more blood tests.

They tested for all foodborne illnesses, except E. coli, you see at that time it was a very expensive test to do, and would not get results back for four days, due to the holiday. So they just tested for all the rest. He also had to have a sigmoid, I went with him, and to talk him through it. He was scared. I saw what I thought looked like bloody scratches on the inside of his intestine. The doctor said he was bleeding inside and she wanted more tests.

She wrote down on his records to rule out E. coli – it never got done. She also suggested a blood transfusion. I said yes, but only family. He kept getting sicker and sicker. By now seven antibiotics were on board, none of them were working. The fever would go down then spike up again. They had him on a cooling mattress to lower the fever. His eyes began to swell. The ENT doctor came in and ordered a CAT SCAN. Found out his ENTIRE SINUS/FACIAL area was totally infected.

She said surgery at 9am Sunday. It was 11:30pm. They gave him a sedative to relax him and to sleep. He was in pain the whole time and no food was ever given to him – only ice chips. I tried and tried to sleep, but was just overly worried. I told him I would go home and get 2 or 3 hrs. sleep and be right back, because that’s what I had been doing.

That day the phone rang at 3:30 a.m., a male nurse told me, “DRAAK wants you to come down, he needs you.” I asked is he alright? He said, “Mary, Draak needs you.” I prayed and prayed all the way down in my car. Hold on, honey. Hold him, Lord. Please….

I got to his room and things were flying every which way. They were bagging him and undoing all the plugs and racing to get him out of the room. I grabbed a nurse and said what is wrong with my son.

His eyes were swollen shut by now. The nurse said, “I do not know. Mary, but we must get him to ICU – STAT!” I ran with them, with the bed, telling him the whole time, “I am here honey. . . I love you. You will be ok.” He just kept squeezing my hand. They got him into the ICU. Before they could get anything into his arms, he went code blue – HEART ATTACK.

I did not at first think the code was for him, but when 10 doctors and 5 nurses went running into the room, I knew then he was in serious trouble. They were trying to do an emergency tracheotomy, and then they put in a chest wall tube, again people everywhere.

A little nurse on top of him was giving him CPR. They used two crash carts on him. Sometime, in all this, I had walked by to see if I could get near him. No way. They would not let me, but as I was walking away, I felt a bolt, a strong surge of something go through me. I saw white and went down like a rock. My niece said it looked like I had been shot from the back. When they woke me up I was on floor. The back of my head bounced off the floor. I had a knot back there. Who cares, I told them. Leave me alone and help him. Please….

Before the doctor walked out the door from the ICU, I knew Draak had lost the battle against this monster. I had said to my son, niece, and sister, he is gone. They said don’t say that Mary, but I knew – deep in my heart. I could feel it.

And he did say those words, “I’M SORRY MARY …WE LOST HIM.” My entire world collapsed. I went to be with him his eyes, nose, mouth, ears, all had dried blood around them, but I held his hand and rubbed his arm. He was still very warm. In the end his temp was 106.4.

Got his last rights, said all the things a mother in shock would say and I kissed and touched his face. Then they shoved Valium in my mouth; someone took me to a car and got me to my sister’s house. I knew something was wrong. Why would a normal healthy 17-year-old young man just up and die so quickly?

Well, a month and half later I found out. I was not so crazy. The Jack in the Box outbreak of E. coli was in full-swing. The San Diego health dept. called me and asked me to come down because there was a report of a mysterious death at my HMO and they needed to talk to me after the autopsy had been done.

Then, in between the time, the infectious disease department head called me at home. They told me that the blood from all the tests and autopsy blood had been lost. I said, “Lost?? What do you mean ‘LOST’?”, and he said, “I AM SORRY THE BLOOD HAS BEEN ACCIDENTALLY LOST.”

Again, even further into shock and despair I sank. My family was asking me a lot of questions I had no answers to. I just knew something was very, very wrong, and I had to find out on my own. Why, and what was this thing that killed my son? …

I had sought out 3 lawyers in l year. They all kept telling me the same thing over and over again: “There is no evidence, no blood evidence.” I only had the San Diego health department, the CDC, and a doctor from Children’s hospital stating he had the symptoms and conditions of E. coli O157:H7.

I researched everything I could get my hands on. To see this thing, I had to vent my hate and anger on something. It was not GOD’S fault what happened, it was the greed of mankind. I had joined STOP in the very beginning in Carlsbad, at Pea Soup Andersen’s Restaurant.

The very first meeting, we met because we had to find out. I lost mentally 2 years of my life after that. I do not remember certain pieces of time from 1992 – 1994. It’s funny how the brain reacts to trauma and shock.

Now 12 years later, I still await his footsteps at the door and to hear him say, “…. hey mom… what’s up?” Or, “I love you….” You see, death does not kill the love you have with your child, it just separates you . . . until we meet again.

Thank you. My heart feels a little better…