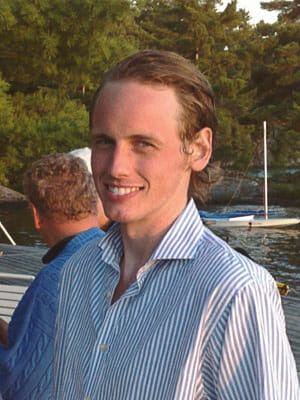 There is no way to fully understand what a child feels as he is being shredded by such a microbe...

This disease is never over.

After some of life’s mishaps you can pick yourself up, dust yourself off, walk away and never look back. Not so with hemolytic uremic syndrome. Years of dealing with the fallout of our son’s bout with E. coli (as one beef industry leader once dismissed HUS in her letter to one), prove that this disease is never over. We are never allowed to thank God for our boy’s reprieve, count our blessings that he is one of the luckiest ones, and walk back into our peaceful lives.

It’s been years since our Damion left to go camping with the Boy Scouts, and came home with a nearly fatal case of HUS. Neither my husband nor I can come to this time of the year without nauseating flashbacks of our six weeks in the Pediatric Intensive Care Unit. As a physician, my husband speaks passionately, albeit abstractly, about how plasmapheresis therapy saved Damion’s life. And one time, he even managed to sit down and read my book cover to cover, although afterward I was sorry I asked him to relive the most painful chapter of our family’s life.

As for Damion, he put in his years of testifying at official hearings and speaking to journalists. It was something to watch: a kid struggling to craft into sound bites what it felt like to suffer through seven surgeries, three weeks on a respirator and dialysis, the stripping away of his heart’s lining, rupturing intestines, the panic of not knowing who his dad and I were anymore. He flinched at certain questions, recoiled from the camera, and eventually I realized it was a cruel and impossible task for him to perform any longer.

There is no way to make the media, government, or a hardened industry can fully understand what a child feels as he is being shredded by such a microbe. It really is too horrible a thing for most people to imagine, and for our family, it became too horrible to say anymore. That’s why I so admire the stamina and the undiminished anger of S.T.O.P. Nothing will change until the public hears from victims what these pathogens can do.

We all try to reconstruct a positive life after the ravages of foodborne disease. Damion’s been forged by his experience to go into medicine. He recently spent a dream-of-a-summer as a volunteer at the Centers for Disease Control and Prevention. He was able to observe investigations of foodborne illness outbreaks, witness the value of FoodNet, learn the methods and the mission of epidemiology. The greatest people in the world’s greatest public health agency inspired him all the more to devote his life to important work.

As parents, we nervously hope he can reach his goals. It’s harder for him than for most pre-medical students. All severe HUS victims go home with one souvenir or another; and Damion’s most problematic complication has been gastrointestinal scarring from all his surgeries. This is an excruciating problem which strikes at the most inconvenient times.

He never knows when another intestinal obstruction will occur. When one does, he goes to bed and stops eating for a few days. He submits assignments to professors by e-mail. If the pain in his belly becomes unbearable, his dormmates carry him to the university medical center, and some of the old familiar equipment is brought back out again to challenge his optimism: the monitor blinking over his bed, the nasogastric tube snaking out his nose, the IV needles, the ominous machinery in Radiology. It’s all so chronic, and so unfair.

While government risk-assessors blithely quantify the medical costs and lost productivity rates for E. coli O157:H7, I know my son will never be finished paying the price for the wrong bite of hamburger.

Copyright Mary, author of E. coli O157, “The True Story of a Mother’s Battle with a Killer Microbe”, and one of the founding members of S.T.O.P. 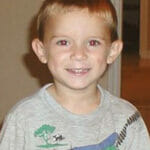 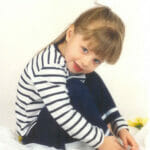