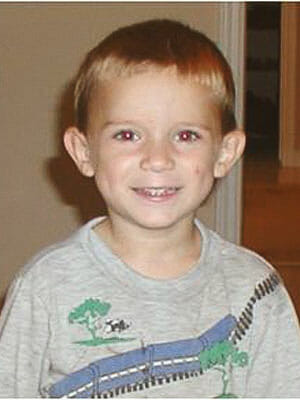 How do you put into words the helplessness you feel, ... as doctors jump over yet another hurdle in his care?

A note from Mom

I have been waiting for over six months for the strength to share Dalton’s story. Every time I reflected on what happened, I would break down & cry. All the memories, everything that my precious Dalton went through, all the obstacles that the doctors had to overcome, and all my fears of the unknown would come flooding back, totally consuming me. I have been praying for the strength & the words…

How can I convey the hand-numbing terror that a mother feels when her happy, healthy two-year-old goes into total kidney failure with bloody diarrhea in just three days? What can I say that would sink into your heart, enable you to feel my deepest fears, shed precious tears and make you want to stand up on behalf of all our children and do something, anything, that would get us (parents) one step closer to keeping what happened to my child and hundreds, possibly thousands of others from ever happening again? How do you put into words the helplessness you feel, sitting by your child’s bedside as the doctors jump over yet another hurdle in his care? What words do you use to describe the deep wailing sound that comes from your child as he vocalizes the pain he feels from the insertion of a urinary catheter? That when you look at that precious face it is unrecognizable because there is so much fluid being built up that his features are distorted? How do you describe the humming of the dialysis machine that is filtering his blood, or the murmur of the drain tub that is inserted into his lung just to keep him alive? Or the color of the blood that is being drained into his vein because his platelets are also being destroyed? How you hold your breath every time that dialysis is performed & hope that they are able to remove the toxins and the fluid that is building up without it affecting his heart? How you can’t leave his bedside out of fear of what might happen while you are gone? How when your child drifts in & out of consciousness, that his words don’t make any sense and he is delusional because his brain is also being affected to the point where full-blown seizures come into play? How your child is so out of it, that he does not even flinch when they have poked at every possible vein that they can get to? How his persistent “tummy ache” is really his insides coming out? Or his fingers being pricked every 4 hours because his pancreas is also taking a hit? And he is complaining that his eyes hurt?

How do you paint a picture in someone’s mind, so that they can visualize the horrifying scene that is being played before you? How there is nothing that the doctors can do but let the bacteria run its course and support whatever organ is failing next? How you drop to your knees, your whole body shaking with fear at the thought that you could possibly lose your child? How you feel suffocated & unable to breathe… and yet it’s your precious child lying there? He’s the one fighting for dear life, holding on to whatever strength is left. How you have to listen to your child begging you for a sip of Gatorade to wet his sore, cracked, and pasty mouth? I will never forget the words spoken by my two-year-old child, as he came out of surgery when they placed the dialysis line in his neck. He whispered with such great effort, “Mommy, there’s danger here!”, only to be taken right back into surgery because his lungs had filled with fluid. I will never forget the dream that he kept telling me — about him climbing a brick wall, reaching for a light & falling and a stranger catching him. There are no words.

How do you describe the support that comes from family, friends, your community, church, the doctors, & total strangers? The look in their eyes, the compassion that is in their faces and the comforting words that they say? The peacefulness that comes over you when you drop to your knees and say, “Dear God, I give to you my child to do as you will”, and beg Him for the strength to accept the outcome? There are no words.

How do you Thank God enough for placing His hand over your precious child and healing him? For giving Dalton a second chance, for giving the doctors the knowledge & ability to stay on top of his condition and giving me the strength to get through it and not stand alone?

Dalton & I spent a solid month at the hospital. Every organ in his body (kidneys, heart, lungs, liver, pancreas, intestines, brain & eyes) was affected by the toxins released from E. coli turned into HUS. He had no urine output for 14 days and received dialysis for 13 days. He was released with strict dietary restriction, having to watch his sodium, potassium, & phosphorus intake. He received Epogen shots twice a week for 2 weeks to get his bone marrow to produce more red blood cells. His white blood count was low & we were restricted to keeping him at home until that resolved. He is on Myralax, a natural diuretic that keeps his bowels moving on a regular basis. He initially had labs done twice a week & we have progressed to once a month. He is making progress and by God’s grace continuing to heal.

Six months later, he is off the food restrictions and is back to being an active, happy child who will forever be a kidney & GI patient. The only signs of that terrible nightmare are the scars on his neck from the dialysis, the scar on his side from his lung needing to be drained, the one on his groin area from the PICC line that needed to be inserted and a small one on the inside of his wrist where they put in an arterial line that monitored his blood pressure. I am thanking God everyday for healing my son and giving us another chance.

I never did find out how Dalton contracted E. coli and probably never will. But I now live in fear of feeding my children contaminated foods. And I’m extremely vigilant when it comes to food-related bacteria. After all, he could’ve picked it up by touching something contaminated & putting his fingers in his mouth. Maybe it was at a local restaurant. Maybe it happened in the grocery store. Shopping carts are breeding grounds for bacteria, causing far too many childhood illnesses. All too often, juices from raw meats drip onto these carts and NO ONE wipes them off. Our children’s health and safety are threatened. Someone must be responsible!

There is an underlying level of trust that is placed in our food industry; and it has been shattered. It’s hard for me to understand why there are not more regulations & guidelines that slaughterhouses, meat packing plants, restaurants, supermarkets, and school cafeterias have to follow. When I think about everything that happened and everyone that is, has been, and will be affected, I am amazed at how little government intervention there is. How can known contaminated food items that we feed our small children be allowed to remain on the shelves? How can these industries be more concerned about monetary value rather than precious young lives? It’s beyond my comprehension, especially since E. coli – HUS kills! It kills in the most gruesome & painful way and if it does not kill you it leaves you with permanent & life-long scars & complications. I cannot think of a single, more deadly childhood illness that is preventable, if only our government, food industry, & retailers would wake up & see how their politics, greed, & apathy are affecting our small children. 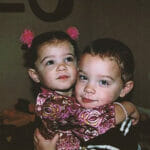 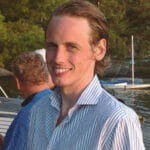