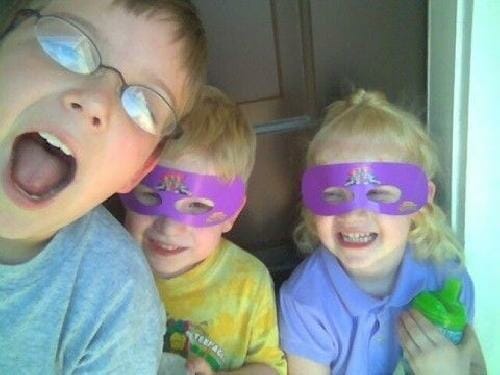 On October 28th, 2005 our oldest child, Austin, (then 9) was admitted to the hospital. He had what we thought were “flu-like” symptoms. He had bloody diarrhea and was vomiting. On October 29th, 2005 our daughter Ashley Rose, 4, started to feel ill with the same symptoms. The next day we took our daughter to the ER, only to be pushed aside and sent home. The following day Ashley Rose joined her brother in the hospital. At this point we were told that Austin had E. coli O157:H7 and that Ashley probably had it too.

Austin was released from the hospital. However, Ashley was worse and her condition had progressed to HUS (Hemolytic Uremic Syndrome). She was transferred to the Children’s Hospital by ambulance. This was the last day she spoke to us and also the last day she looked like the Ashley we knew. She developed an infection and had swollen up so much that the doctors had to put tubes into her. She had to be put on kidney dialysis. She began having seizures and her doctors had to remove her entire colon, and part of her small intestine. Her kidneys and pancreas had also ceased to function. On November 10th, 2005 Ashley Rose lost her battle with E. coli.

While Ashley and Austin were in the hospital, we did take their brother Daniel (then 5) to ER. His symptoms were not as severe. His blood work came out fine but his stool sample later confirmed he had E. coli as well.

All three of our children had E. coli O157:H7 and to this day we are not sure, and we probably will never know, where they contracted it. E. coli is an evil disease that affects those who are full of life and innocence. We never thought our only daughter would die from something as basic as eating. Something needs to be done.

We found out last December that we were pregnant with our 4th child. We were filled with all sorts of emotions ranging from excitement to sadness. Ashley was the first to know about the new baby, even before her father or brothers. We knew she would be so happy. She loved babies. Daniel wanted to make sure we didn’t name the baby Ashley or Rose and that we weren’t “replacing” Ashley. We didn’t want it to seem that we were either. We were wondering how Ashley would feel about this. Then a song came on which had these lyrics “I need a sign to let me know you’re there” and “I need to know that things are going to look up.” Then came the chorus and the name of the song, “Calling all Angels.” There was our sign. We knew things were going to be okay, but we can’t help but get sad when we think that the baby will never know Ashley or Ashley will never know the baby.

We know in our hearts that this is the way for our family to move forward. It is a way to heal and to give our family back some happiness. It is a chance for our kids to realize that not everything in a hospital or every doctor is bad. That good things, like a new birth, can happen at a hospital too. And like the song says,

“We need to know that things are going to look up.”

Please take a moment and join S.T.O.P. today. This organization works hard so that other children won’t ever have to suffer.

With all of our hearts,
Andrea and Steve 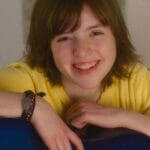 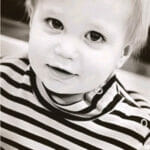