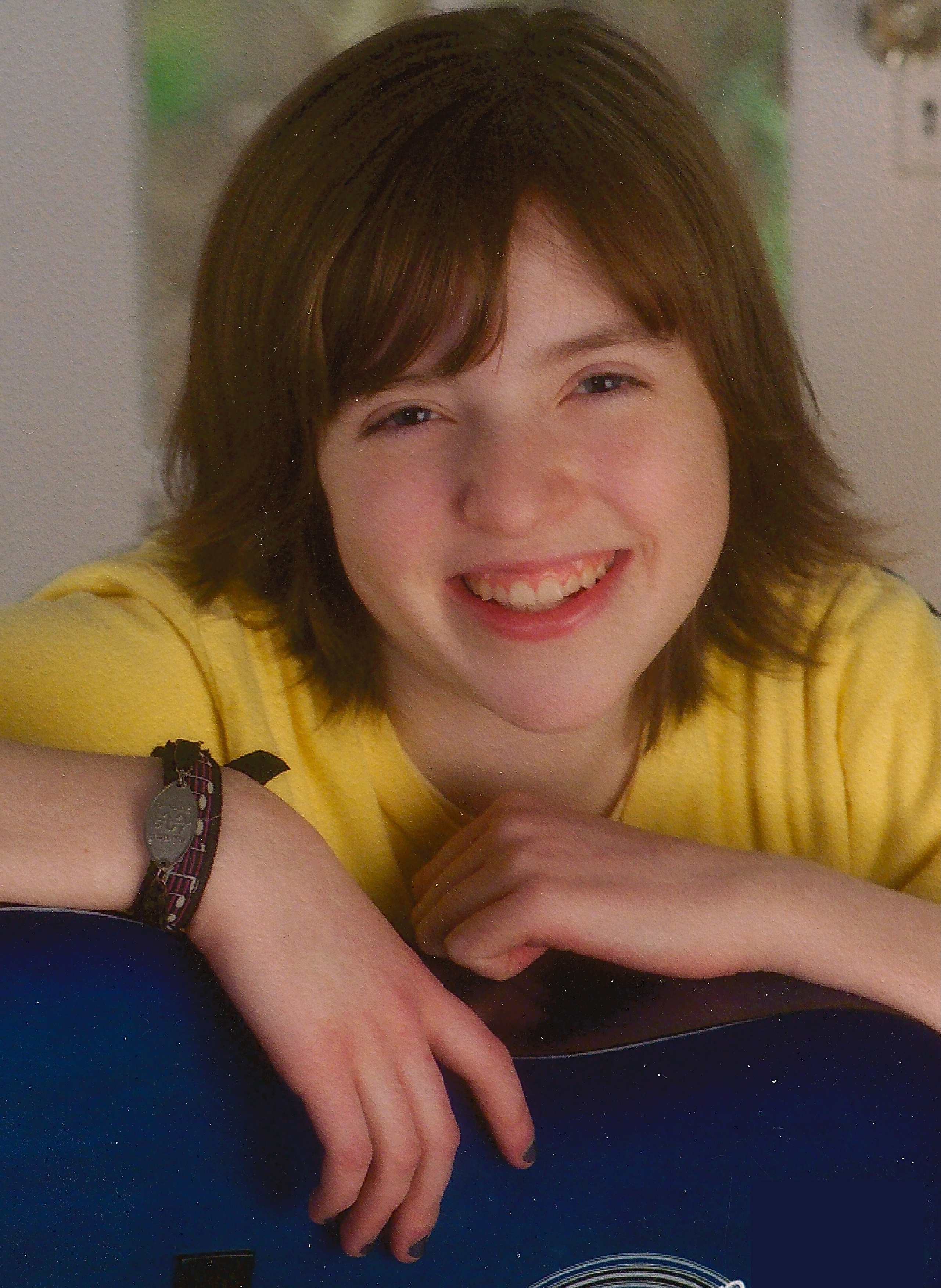 My kidneys were beginning to shut down...

My name is Ashley. When I was 8 years old, my family was living in Central North Dakota. I was a healthy, normal 3rd grader until September 10, 1993. I started to feel ill during the night, so I ended up spending most of it in our bathroom, suffering with vomiting and diarrhea. My mom knew that I was sick, so she stayed with me. We thought that it was just the flu, so that’s how we treated it. My dad and brother were both sleeping and Mom didn’t want them disturbed so as we moved around the house, we did so in the dark.

By the light of morning, we noticed that when I used the bathroom, the toilet was filled with blood. So my mom and dad decided to keep me home from school and called my doctor who was in a nearby town. He told us that we needed to come in to his office immediately. After he checked me out, did a stool culture and urinalysis, he sent me over to the hospital. He knew that it wasn’t the flu, but he wasn’t sure what it was.

Once my IV was in place, the continuous testing, poking and prodding began. The doctor found that I had E. coli O157:H7 and Giardia, a single-celled parasite that I had apparently picked up while I was on vacation with my family during the summer. The doctor treated the Giardia and cleared that from my system quite quickly. However, the E. coli was hanging on, causing me tons of diarrhea, pain, and sleeplessness. My family doctor sat up nightly, searching through medical volumes, trying to figure out why this E. coli continued to ravage my small body. He even had a surgeon come in to check to see if I had problems with my appendix, spleen, or gall bladder, etc. The surgeon found no concerns along those lines.

By Tuesday, I began to feel better and to get a little energy back. The nurse let me take an actual bath, instead of the sponge bathing I had had up until this point. I was elated. As I walked down the hallway to the room with the bathtub, my mom supported me as I walked. When I got to the door of the room, I realized that from the end of the hallway, I could look out the window and see my school. The kids were all outside playing. I wished I could be there with them. They were having fun. Mom encouraged me that soon I would be back with them. I took my bath and felt even better. Sadly, that was not to last. By Tuesday afternoon, I was getting increasingly tired and the pain was returning, only worse than before. Mom suggested that maybe I had just overdone it, walking through the hallways, taking a bath and sitting up more in the morning. I tried to sleep but it took a while. The pain just wouldn’t leave me alone. I did finally sleep but when I awoke, things were definitely not getting better. My dad came to join us right after he got off work, as he had done each day since my hospitalization. When he arrived, the doctor came in to say that he didn’t know what was going on, why my body was continuing to weaken. He asked me to choose anything at all that I wanted to eat because I needed the calories. I chose chili, to which the doctor laughed but said that I may want to try something a little less spicy. He talked me into ordering a grilled cheese sandwich but I just couldn’t eat it. I was way too sick. He checked more lab work and called some other doctors. Then, around 8 PM he talked to Mom, Dad and me about having me transferred to Minot or Bismarck to doctors who specialized in kidney and intestinal care. We agreed and told him that we trusted him to send us wherever was needed to get the best care for this medical problem. He transferred me to Trinity Hospital in Minot, ND.

After a few days, I still wasn’t getting better, but I was getting quite a bit worse. They were giving me immune globulin, convinced that it would make me better. It, in fact, made me much worse. From the treatments, I suffered splitting headaches to the point of holding my head together because it felt as though it would split in half. I also felt extremely hot one moment and was freezing cold the next. The diarrhea continued but I was passing less stool and urine all the time. My kidneys were beginning to shut down. I was a very tiny 8-year-old, so the weight that I was losing worried the doctors quite a bit. After 3 days in Minot, the doctors made the decision to transfer me via air ambulance to Mayo Hospital in Rochester, Minnesota. At Mayo they could do peritoneal dialysis if needed. My mom and I went to the airport via ambulance. There we boarded an air ambulance in the middle of the night. Dad had already left for Mayo by car. He had to arrange funds to pay for the air ambulance, arrange for my grandparents to take care of my older brother and then drive the 12+ hours to Rochester, Minnesota to meet us.

In the air ambulance I started having brain seizures and hallucinations. Due to those hallucinations, I started yelling things at my mom and started to kick and scream. It took about 4 people to hold my tiny body down. I was sedated and I slept the rest of the flight.

When I awoke, I was in intensive care at St. Mary’s Hospital/Mayo Clinic with doctors and student doctors as well as nurses all around me. I was screaming for my mom. She was at the end of my bed, also being bombarded by people. While I was being poked and prodded, Mom was being asked a ton of questions about my health history, my disposition, my home and family, all kinds of information. I know they were doing what they needed to help me get better but Mom and I both just wanted them to leave us alone so that she could hold me and tell me things would be okay. Because of a huge delay in our flight, Dad got to us about an hour or so after we arrived at the hospital. He had driven until 3 AM. He was tired. We all were. The medical team asked Dad a lot of questions too. Then they told us that because I was in intensive care, there wasn’t space for Mom to sleep in the room with me. We had been together ever since this whole thing started and now she was going to have to sleep away from me. Mom said she would wait to sleep until Dad was rested. The medical team said that they would be busy with me anyway and that she and Dad needed to rest so that they could be a help to me so they had to leave for a while. Thankfully, in just a few hours they were back in the room with me. I was scared.

Later in the morning, the doctors talked to Mom and Dad about prepping me for dialysis. Then they called my parents out of the room to another area. I learned later that they had told my parents that there is no cure for HUS and that it was up to me whether I lived or died. All they could do was to treat the symptoms. My dad asked if they could give me something for the pain but they said they had to know what was happening in my body and that they were counting on me telling them about my pain as their way of knowing what to do next. My mom cried a lot that day. I didn’t know why until later. For about 18 hours, my kidneys had shut down. The doctors started to set up kidney dialysis and were preparing my parents and me for the whole procedure. My parents and others from all over the country and even abroad were praying that my kidneys would decide to work again on their own and that I would live.

As they were setting me up for dialysis, my kidneys started to function. The only way the doctors could describe it to my parents was that my family had just received a miracle. I remained in intensive care for several more days and was even asked to talk with another patient who had just come in with HUS. She got well faster than I did. Though she came into the hospital after I did, she left before me. I was happy when I finally got to be moved to the main part of the ward I was in. I was in enteric isolation for another day and a half and then I got moved in with a roommate. Even my roommate got to go home before me but she and I became friends in the short time we were together. I was in Mayo for a total of 10 days when they decided that I was well enough to release me to go home.

I have many problems with my colon, stomach and trouble digesting food. I also have numerous trips to the doctors and stays in the hospital, but I am so grateful and blessed to have survived. I don’t remember very much that happened to me while in the hospital, so I rely on my family to tell me what happened.

I am very grateful to S.T.O.P. for their support and for helping to make people aware of food safety so E. coli doesn’t happen to anyone else. My parents were able to go to a S.T.O.P. conference in Seattle 3 years ago and were given great information to take home. They were also able to speak with other parents of E. coli survivors. This information is so valuable to my whole family and we are so grateful for it. 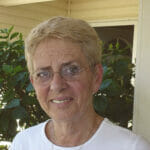 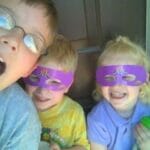