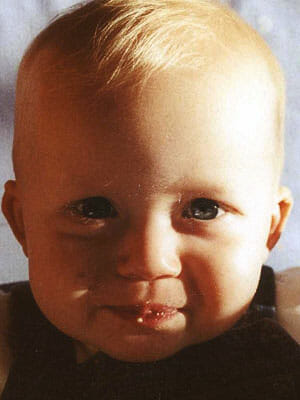 She came into this world an as an unexpected gift to our family.

Ana Leigh was the light of our lives. She came into this world an as an unexpected gift to our family. Her life ended just as unexpectedly, taken by a terrible foodborne illness.

It was the summer of 2002 and our family was busy planning a camping vacation, taking trips to the pool and enjoying the Midwestern summer days. On Tuesday, July 9th, we noticed that our toddler was not acting like herself. She tired easily and had diarrhea that became increasingly worse. The next day, after finding streaks of blood in her stool, we took her to a local pediatric office. We were reassured that it was a virus and would pass in a few weeks. The pediatrician told us that he had seen many cases like Ana’s that week and felt that it was nothing out of the ordinary. The doctor did not look in her diaper, he did not take a blood sample, and he did not seem to take notice when our answer to, “Has she urinated lately?” was “We really don’t know because her stools are so watery.” We vividly remember leaving the office feeling relieved by the diagnosis. That Thursday, Ana’s condition worsened. She began vomiting and was listless. After three, four, five phone calls to the doctor’s office, the nurse on the other end was clearly irritated. She finally conceded with, “If it would make you feel better, bring her in.” When we arrived at the clinic, the doctor on call looked at her briefly and said she was dehydrated. He sent us to Children’s Hospital in Minnesota only because it was 15 miles away and felt that we should take advantage of the facility being so close. He told us not to be alarmed and thought we should be home within eight hours.

Arriving at Children’s we waited in the midst of other sick children looking to their parents for comfort. Ana’s lips were so dry and she cried endlessly for more and more water. Thinking that was soothing for her, we gave in to her requests for the drink. We did not know that this was causing her more pain. After blood draws and several examinations, the doctor presented us with three words that forever will be embedded in our minds: Hemolytic Uremic Syndrome. Unaware of the true impact of this disease, we had faith in the statistics. Although it was to be a long road, she was given a 98% chance of recovering without any long-term effects. Ana was checked into a room and we stayed by her side as she struggled through her pain. In the morning hours of July 12, Ana suffered what we thought at the time was a seizure from a spike in her temperature. In reality it was a stroke caused by the ramifications of a deadly bacterium. After this stroke, Ana never regained consciousness and succumbed to Hemolytic Uremic Syndrome on Saturday, July 13, 2002. Ana was 19 months and 3 days old when she died.

The bug that entered through her little mouth, traveling on a piece of her food, was E. coli. Never in our worst nightmares did we think that our child who appeared to be healthy on Monday would die by Saturday. One of the hardest facts to live with is that Ana did not eat meat frequently. Ana loved strawberries, crackers, raisins, and a glass of cold juice. We don’t know exactly where the source of Ana’s infection came from, although it is our daily quest to find out.

After Ana’s death, we received little or no assistance from our local or state health officials in finding the source of her illness. In fact, we were told by the hospital that she tested negative for E. coli. We were introduced to S.T.O.P. days later when Todd’s Uncle Arne put us in touch with the organization. Arne had been on the hospital Chaplin staff when Alex, past S.T.O.P. President Nancy’s son, passed away. We were in contact with S.T.O.P. within a week of Ana’s death. Within three weeks, through private testing facilitated by S.T.O.P., we were able to confirm that Ana was indeed infected by E. coli O121H:19. It was only then that the state health departments started to take notice and the true cause of her death was discovered.

We continue to live our lives everyday in honor of our Little Angel, Ana Leigh. Through our efforts assisting S.T.O.P. we are able to let Ana’s story work towards saving the lives of many other children and prevent the unnecessary suffering that we see all too often in this world. 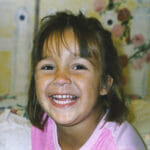 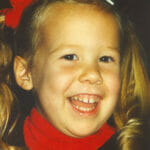