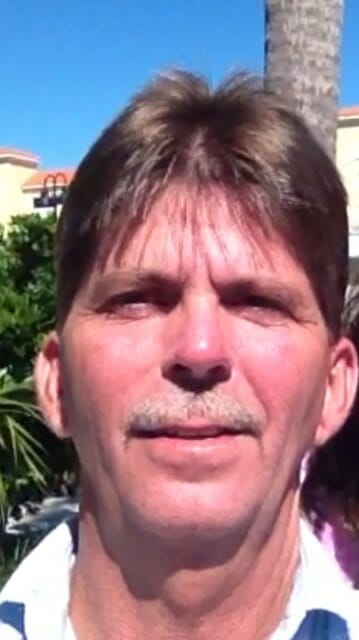 Spend a Moment with Mike Ayers

By Stanley Rutledge
Posted May 16, 2016
In Person of Influence
1

What do you remember about your illness?
I was a 46-year-old, self-employed man who’d never really ever been sick. Whether it was aches or more serious pains, I was always able to “tough it out” – I had a wife and 3 kids who depended on me. In August 2006, I became deathly ill. At first I thought I’d just overworked myself, but within minutes I was light headed and vomiting. I went outside to get some fresh air, but it wasn’t enough. Being self-employed and an hour away from home, I went back in and tried to finish the job but was unable to do so. With my stomach cramping, I started having diarrhea before I could make it home – it was a miserable drive. Being me, it didn’t really even cross my mind to go see a doctor. All I wanted to do was get home and lie down because I had more work to do the following day.

Talk about a time when a consequence of your illness caught you by surprise.
It wasn’t the illness, per se, that caught me by surprise. It was the fact that I was sick for months and months. Even after seeing a doctor I was still sick. There was a peanut butter recall happening (due to salmonella) and I ate A LOT of that brand of peanut butter – so I was fairly certain that what I had was salmonella. The doctor checked my stool once and gave me Cipro. He said that if I’d consumed the salmonella bacteria in August, there was no way I’d be walking in (to his office) the next February. After doing some research, I learned that some people can be carriers of salmonella. I also learned from the CDC website that to isolate the pathogen sometimes requires that a stool sample be taken for several consecutive days. The doctor tested me for AIDS and other bacterial infections, and gave me other antibiotics, but the salmonella question was off the table as far as he was concerned.

Talk about a time when something you did made you proud.
Every time I have an opportunity to talk to people about my experience with foodborne illness, I do. At a time when I wasn’t finding much help, the CDC gave me the number for STOP. It was STOP Foodborne Illness who cared enough to take time to listen. Like many Americans, I was surprised at what people don’t know about food safety, or what kind of assumptions they make about the food we eat. If I can help one person learn about the symptoms of an infection like salmonella, or how important it is to wash your hands, I feel very proud.