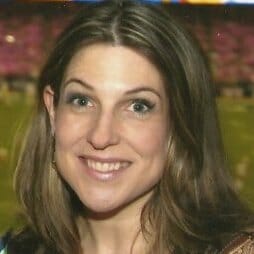 Spend a Moment with Mary Varvel

By Stanley Rutledge
Posted August 31, 2015
In Person of Influence
2

In regards to your foodborne illness, what is your greatest struggle currently?

My health took a nose-dive shortly after my illness.  I dealt with my first of many MRSA staph infections and several arthritic/joint degeneration issues-mainly cervical/lumbar arthritis so severe, one doctor said my “neck could be compared to one of a 56-year old woman” while he performed Radio Frequency Ablation – I would go on to require over 12 medical procedures to help with the pain.

It was only recently when I tested positive for the HLA-B27 gene, that my love for all things ‘research driven’ came in handy; there appears to be a link between certain food-borne illnesses—namely Salmonella—and long term joint/arthritic conditions—including Spondylitis (with which I was diagnosed last year).

Because I’m HLA-B27 positive, I am susceptible to getting spondylitis and other auto-immune driven illnesses.  If I am around a large group of people, I laughingly use the analogy, ‘I’m like a toddler entering her first year in the daycare germ-storm’ because 60% of the time I’ll inevitably pick ‘something’ up.

It made me feel empowered to know that some of these ailments could have a rhyme and reason.

That being said, it’s important to keep yourself up-to-date on both short- and long-term effects from food-borne illnesses from websites like:

When in doubt, Google is your friend.

Talk about a time you asserted your independence, or point of view. Or a time you stood up for yourself.
After getting involved with STOP Foodborne Illness, I was always checking online for food recalls or food-borne illness outbreaks.  In 2010, I was working full-time and also raising two small children as a single-mom—so most of my food consumption was based on what my children were eating.

I remember seeing a recall for nearly 15 million pounds of canned SpaghettiOs with meatballs because of possible under-processing.  I came across the news a few months after the recall was made—and immediately placed the recall info on my phone.

While shopping at a local store where I was living in Texas, (mind you—the same state where the contamination error occurred!) I came across the “tainted SpaghettiOs!’

Even though it was after work and both of my little ones were in tantrum mode—I took my children and our small basket of food up to the customer service department—where it took an additional 10 minutes for the store manager to arrive after he was paged.

I felt like Norma Rae by the time he arrived.  I grabbed the SpaghettiOs while I held my daughter in the other arm, and informed him of the outbreak and how dangerous it could be if a child ingested this.  I told him about my story, while keeping an eye on my mischievous six-year-old who had walked around to pick up the store’s intercom as I finished informing the dumbfounded manager.  I felt so proud of myself; until my daughter announced via the hand-held intercom she “was eating pizza tonight” and “NO M’sgettios”.   Classic.

Talk about a time when something you did made you proud.
Deciding to become a Christian at the ripe old age of 37 (three years ago).  I had only taken my “leap of faith” after meeting my husband and getting involved in his church. It was the first time my children had been exposed to such a positive, upbeat atmosphere on any given Sunday.

Seeing my daughters, now ages eight and eleven, independently choose to become Christians was another life-changer.  Watching the Lord work in all our lives has been an amazing experience and watching this life-changing effect on how my children interpret the fast-paced world around them is equally pride-invoking.

My resilience in my faith helps me to ‘Stay Calm and Carry On’.