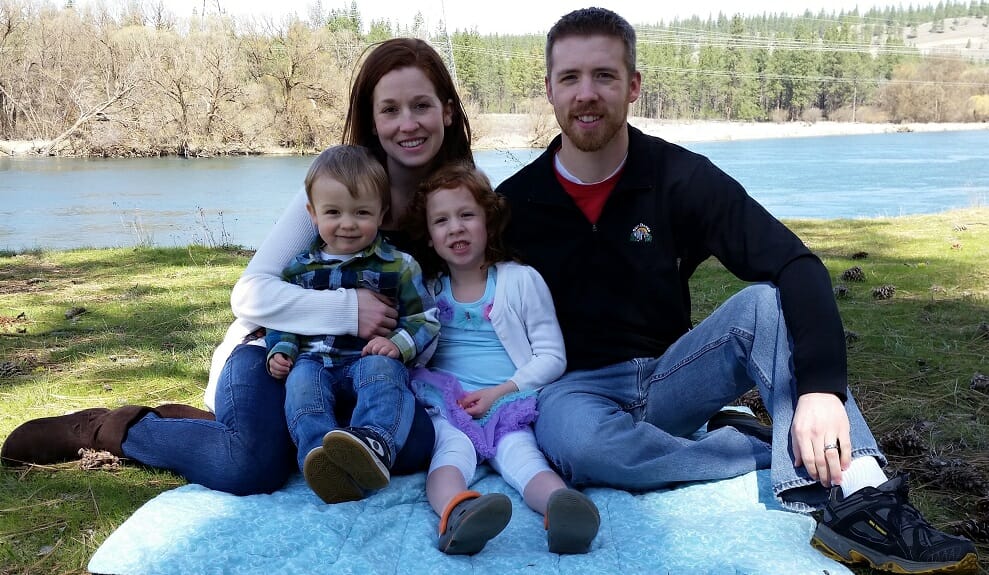 Meet Angela Price: A Mom Who Battled a Frightening Foodborne Illness and Fights to Protect Her Family Everyday

By STOP
Posted April 29, 2015
In Out and About with Stop Foodborne Illness
0

Kidney failure, constant pain and nausea, extreme weakness, and weeks layed up in a hospital bed.>

Not the kind of life you’d normally describe for a typical, active 15-year-old girl looking forward to celebrating her sweet 16 birthday, is it?

But that’s exactly the kind of harrowing, hellish ordeal Angela Price went through back in her high school years. In today’s special Q & A with Angela, you’ll learn about one of STOP Foodborne Illness’ staunch supporters and what she’s doing to make sure her family and others don’t fall victim to the ravages of tainted food.

Q: In summer 2002, you were just 15 when you were struck with a serious foodborne illness. How did it impact your life as a teenager?
A: When I returned home from dance camp that summer, I was very sick and ended up in the Emergency Department. They treated and released me. But then, a day later, my parents took me back. Because my condition was pretty severe at that point, I was admitted to the hospital. Luckily, while at the ED, I overheard another young girl’s mother say her daughter had been exposed to E. coli at the same dance camp. With this tip, I was tested and it came back positive for E. coli 0157:H7.

A day after being released from my second ED visit, I was back again. My condition had worsened. This time, my urine sample looked like coffee! Not good.

I was admitted and tests revealed I had developed hemolytic uremic syndrome (HUS), a condition that occurs when an infectious agent (like E. coli) enters the digestive system and produces toxic substances that destroy red blood cells causing kidney blockage and varying degrees of kidney injury. That started my month-long hospitalization, which, sadly, included my 16th birthday.

And I vividly remember how painful it was.

Soon after being admitted, I had an IV line placed in my arm and a central line put in my chest for blood draws, medications, dialysis, TPN (intravenous nutrition), and fluids. When it comes to the number of needles that pricked my body over and over, I lost count after 100.

HUS, by far, made me the sickest. It caused acute renal failure requiring several rounds of hemodialysis to cleanse my blood of toxins that were unable to get excreted due to the compromised state of my kidneys.

The kidney dialysis was scary and exhausting. I remember laying in my bed in the dialysis center, surrounded by elderly people (all on dialysis) and watching the two tubes in my central line. One was taking all the blood out of my body into a machine that cycled and cleaned it through a filter. The other tube brought the clean blood back into my body. It was alarming to see all of my blood going out of me like that. The first time I had dialysis, there was such a drastic change in my blood from toxic to clean that it caused me to have bad body shakes. This was very frightening for me and my parents.

The bloody noses I had were awful, too. They lasted for hours and required platelet transfusions to stop the bleeding. All the while, I was terribly nauseous, throwing up everything I ate for four weeks, which is why I needed TPN. I was so weak I couldn’t walk from the bed to the bathroom without falling. I was constantly in excruciating pain.

One day, I remember my mom put her foot on the wheel well of the hospital bed and that slight bump in the bed was so painful it awoke me screaming from my sleep. Near the end of my hospitalization, as I started improving, I remember telling my mom one morning: “I’m awake and nothing hurts. I don’t want to move!”

After 4 weeks in the hospital, I finally went home. We later found out they traced the source of the E. coli to lettuce in a Caesar salad from dance camp.

When I returned to school that fall, my endurance was so low I had to take a period off around lunch to go home and nap before returning to finish my school day. I was a dancer, but I couldn’t go full on like I had in the past. It made me so sad that I couldn’t participate with my team, doing something I absolutely loved, because I wasn’t healthy enough.

Another thing that bothered me was all the attention poured on me. I’m not one for all of that, so I was frustrated by the seemingly constant stream of questions regarding how I was feeling and what happened. Although I knew people were simply showing concern and care for me, I really only wanted one thing: To be normal again.

I wanted to move past that terrible experience.

I didn’t want to be reminded several times a day of my horrible ordeal.

I didn’t realize then that I’d still have people ask me about what I went through over a decade later.

I didn’t have a clue that this tragic event would alter my life forever.

Q: How are you doing today?
A: Thankfully, I’m finally feeling strong and healthy.

Thirteen years later, I’m healthy and happily married with two beautiful and perfect children. My husband and kids are incredible blessings in my life.

I will say, though, that I still fight nausea on a regular basis. And I’ve got to be very diligent about staying well-hydrated, more so than before my illness.

Q: After you became so sick, how did your family’s attitude and actions toward food safety change?
A: It was a long time before we ate out again.

For at least a year, I think, we prepared all our meals at home. We were also much more conscious of where our food came from and how it was manufactured. But, the contaminated lettuce I ate was packaged and marketed as “pre-washed and ready to eat.” This made us realize there are some things we just don’t have control over.

Q: As a mom today, how has your foodborne illness experience shaped your personal food safety views and practices?
A: As a victim of food poisoning, I became “germophobic.” And I have some strict routines/practices that help me feel more assured that the food we eat at my home is safe.

Here are some of them:

From an advocacy perspective, I went to Washington, D.C. with Safe Tables Our Priority (now STOP Foodborne Illness) several years ago to urge positive change with food safety legislation. I shared my story there and helped lawmakers understand the harsh, horrible reality of foodborne illness and its devastating effects on people they serve. I’m open and willing to do more advocacy work like this anytime STOP has an opportunity.

Q: What wisdom would you like to share with other moms on how they can best protect their children from food poisoning?
A: Although there are some things completely out of our control, there are many things we CAN do.

If you can, grow the majority of your own produce in a garden. You still need to maintain effective food safety practices, of course. But, you’ll gain much greater peace of mind knowing where your fruits and veggies come from and how they’ve been grown.

And, lastly, I recommend you research and not consume foods considered “high risk” for contamination. Foods like meat that’s cooked rare, raw milk products, and unwashed produce are among those that pose a greater risk, especially for people who are immune-compromised like kids, pregnant women, and mature adults.

Avoiding these things are going to put you and your family at a much lower risk for suffering from a foodborne illness like I did.

Angela is a registered nurse at a rehabilitation hospital living in Spokane, WA. Her foodborne illness hospitalization taught her what makes a really great nurse and how much that can positively impact a patient. During one of her dialysis sessions, Angela decided to pursue a nursing career. While she thoroughly enjoys her work as a nurse helping others, Angela’s main passion is caring for her own family. She’s a stay-at-home mom who loves homeschooling her 5-year-old daughter and 2-year-old son, spending time with her husband and kids, reading, and doing craft projects.

Want to reach out to Angela? She’d love to hear from you. Email her at angela.price17@yahoo.com.