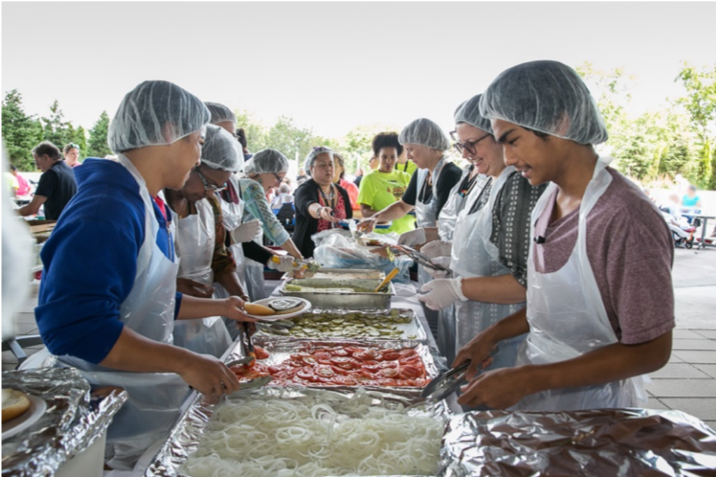 Hair Nets: Do They Really Help Protect Your Food from Harmful Pathogens?

Hair in our food … is not very appetizing!

It’s something we’ve all been conditioned to get squirmy about.

To help prevent that dreaded occurrence from happening, hair nets have become a common food safety tool. And we’re betting that, when you see food service folks wearing them, you feel better about the safety of the food they’re preparing for you.

Even though you’ve come to believe those hair nets represent rigorous food safety standards rooted in science, they aren’t about safety at all. In fact, the U.S. Food and Drug Administration has never recorded a single person falling ill from foodborne illness due to a stray hair in their food.

Yes, you heard that right: Hair that may get stuck in your meal during food prep is pretty much harmless.

That’s because hair is made of keratin, a protein that’s chemically inactive, which means it doesn’t have any kind of negative health reaction in your digestive tract. Now, experts do say it’s possible for potentially harmful bacteria to piggyback on a hair or two; but, the amount of bacteria carried on the hair probably isn’t enough to cause any problems.

So how did this trend of wearing hair nets for food safety purposes come to be?

Well, it had everything to do with short hairstyles becoming all the rage back in the early 1900s and, consequently, a movement to boost up a formerly booming hair net market.

More specifically, a famous ballroom dancer, Irene Castle, decided in 1915 to go very short with her once long and flowing locks. This new cut became known as the “Castle Bob” and it was wildly popular. Thousands and thousands of women were going for this new hairstyle. And, seemingly overnight, long hair worn by women who used rollers to style it—along with hair nets to keep the rollers in place—was out, which resulted in a sharp decline in the hair net market.

Hair net manufacturers were losing A LOT of business and needed a fix.

Edward Bernays, a marketing expert and pioneer in the growing field of PR, was hired by hairnet company Venida to turn this business nightmare around. One key strategy used by Bernays was drawing widespread attention to the purported safety risks of hair falling out into food. Panic around uncovered hair of food service workers set in and voilà—state by state, laws in the U.S. were requiring hair nets (or some type of hair restraint) be worn in restaurants.

Yet, the fact remains: These laws have nothing to do with safety. Born from a PR movement, they have more to do with the “ick” factor of finding hair in your food than anything else.

To learn more, check out this article published by The New Food Economy.

WHAT DO YOU THINK?

Got an opinion or thought you want to share on hair nets and food safety? We want to hear it! Email Stanley Rutledge, Community Coordinator, at srutledge@stopfoodborneillness.org on this or ANY food safety topic anytime. We always love hearing from our friends.