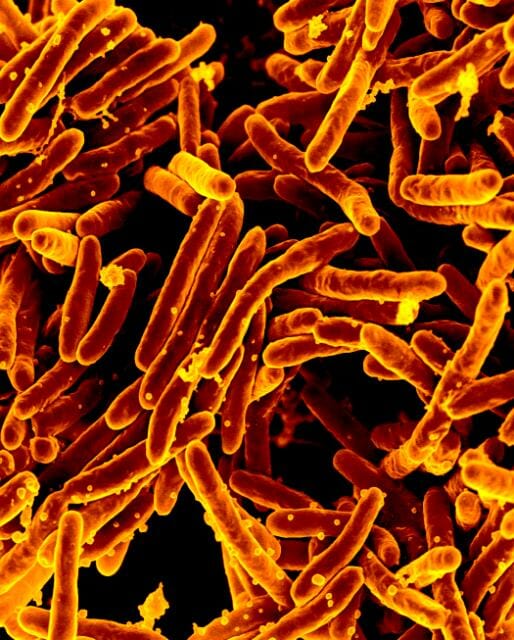 Learn how to avoid getting sick every year from the top 8 most common types of foodborne illnesses. The CDC estimates that one in six Americans (48 million people) gets sick from foodborne diseases. Beyond falling ill, 128,000 are hospitalized and 3,000 cases turn deadly.

What they are, how they get into your food, and how to avoid getting sick

At the center of all this devastating sickness and death lie eight of the most common and deadly foodborne pathogens, which the CDC identifies as:

Visit this CDC article for more about which pathogens are responsible for the vast majority of illnesses, hospitalizations, and deaths.

Now, let’s take a look at each pathogen with some highlights on what they are, how you could become infected, who’s most vulnerable, and how to prevent exposure:

Campylobacteriosis is an infectious disease caused by a bacteria called Campylobacter. Most people who become ill with campylobacteriosis get diarrhea, cramping, abdominal pain, and fever within two to five days after exposure. The diarrhea may be bloody and can be accompanied by nausea and vomiting. The illness typically lasts about one week. Some infected people don’t have any symptoms. In those with compromised immune systems, Campylobacter occasionally spreads to the bloodstream and causes a serious life-threatening infection.

Infection occurs most commonly by ingestion of the bacteria via contaminated food or water, particularly raw or undercooked meats (especially poultry) or raw milk, and from contact with pets (especially puppies and kittens), farm animals, and infected infants.

Campylobacter can affect anyone; however, the most vulnerable are very young children (5 years and under) and the elderly.

Learn more about how to prevent Campylobacter infection here.

Everyone is susceptible to becoming ill from C. perfringens. The very young and elderly are most at risk, though, and can experience more severe symptoms that may last for one to two weeks. Complications, including dehydration, may occur in severe cases.

Escherichia coli (E. coli) are a large and diverse group of bacteria. Although most strains of E. coli are harmless, others can make you sick. Some kinds of E. coli can cause diarrhea while others cause urinary tract infections, respiratory illness, pneumonia, and other illnesses.

Some of the most harmful E. coli strains cause disease by making a toxin called Shiga toxin. These are called “Shiga toxin-producing” E. coli, or STEC. You might hear these bacteria called verocytotoxic E. coli (VTEC) or enterohemorrhagic E. coli (EHEC); these all refer to the same group of bacteria. The STEC strain E. coli O104:H4 that caused a large outbreak in Europe in 2011 was frequently referred to as EHEC. The most commonly identified STEC in North America is E. coli O157:H7 (often shortened to E. coli O157 or even just “O157”). When you hear news reports about outbreaks of “E. coli” infections, they’re usually talking about E. coli O157.

Symptoms of STEC infections vary for each person but often include severe stomach cramps, diarrhea (often bloody), and vomiting. Some types of STEC frequently cause severe disease including hemolytic uremic syndrome (HUS), which is a type of kidney failure. If fever is present, it usually isn’t very high (less than 101˚F). Most people get better within five to seven days. Some infections are very mild, but others are severe or even life-threatening.

People of any age can become infected with E. coli. Very young children and the elderly are more likely to develop severe illness and HUS than others, but even healthy older children and young adults can become seriously ill.

Listeriosis is a serious infection usually caused by eating food contaminated with the bacteria Listeria monocytogenes.

Someone with listeriosis usually has fever and muscle aches, which are sometimes preceded by diarrhea or other gastrointestinal (GI) symptoms. Almost everyone diagnosed with listeriosis has an “invasive” infection where the bacteria spreads beyond the GI tract.

Symptoms do vary, though, depending on the infected person.

Pregnant women typically experience fever and other non-specific symptoms like fatigue and aches. However, infections during pregnancy can lead to miscarriage, stillbirth, premature delivery, or life-threatening infection of the newborn. Symptoms in others can include headache, stiff neck, confusion, loss of balance, and convulsions, in addition to fever and muscle aches. In older adults and people with immunocompromised conditions, septicemia and meningitis are the most common clinical presentations.

Listeria primarily affects older adults, pregnant women, newborns, and adults with weakened immune systems. However, people outside of these groups can also get sick.

Norovirus is a very contagious virus that can infect anyone. You can get it from an infected person, contaminated food or water, or by touching contaminated surfaces. The virus causes your stomach or intestines or both to get inflamed. This leads you to have stomach pain, nausea, diarrhea, and vomiting. These symptoms can be serious for some people, especially young children and older adults, who are most vulnerable.

Salmonella is a bacteria commonly found in raw food products that come from animals such as eggs, egg products, meat, meat products, unpasteurized milk, or other unpasteurized dairy products.

Most people infected with Salmonella develop diarrhea, fever, and abdominal cramps between 12 and 72 hours after infection. The illness usually lasts four to seven days, and most individuals recover without treatment. In some cases, diarrhea may be so severe that the infected person needs to be hospitalized. For these people, the Salmonella infection may spread from the intestines to the blood stream and then to other body sites. This can ultimately cause death unless the person is treated promptly with antibiotics.

People most at risk for a severe Salmonella infection are the elderly, infants, and those with impaired immune systems.

Staphylococcus aureus (Staph) is a common bacterium found on the skin and in the noses of up to 25% of healthy people and animals. Usually it causes no illness in these healthy people unless it’s transmitted to food products. Staph has potential to be a very harmful pathogen because it can make several types of toxins, many of which are responsible for food poisoning.

Staphylococcal food poisoning is a GI illness. It’s caused by eating foods contaminated with toxins produced by Staph. Food workers who carry Staph and then handle food without washing their hands contaminate foods by direct contact. The bacterium can also be found in unpasteurized milk and cheese products. Staph toxins are resistant to heat, so they can’t be destroyed by cooking. Foods at highest risk of producing toxins from Staph are those that are made by hand and require no cooking like sliced meat, puddings, pastries, and sandwiches.

Staph toxins are fast-acting, sometimes causing illness in as little as 30 minutes after eating contaminated foods; however, symptoms usually develop within one to six hours. People infected typically experience several of the following symptoms: nausea, vomiting, stomach cramps, and diarrhea.

Everyone is at risk for Staph food poisoning.

Toxoplasmosis is a leading cause of death attributed to foodborne illness in the United States. More than 60 million men, women, and children in the U.S. carry the Toxoplasma parasite, but very few have symptoms because the immune system usually keeps the parasite from causing illness.

In healthy people who aren’t pregnant, mild “flu-like” symptoms such as muscle aches, mild fever, and tender lymph nodes typically occur if illness does come about. Those symptoms can last for weeks to months but then usually go away. If someone is immunosuppressed, the illness can become reactivated.

People most at risk for suffering serious health consequences of toxoplasmosis are newly-infected pregnant women and anyone with a compromised immune system.