As Drs. Stacey and Michael Lent watched their nine-year-old son, Joey, suffer and struggle in the hospital with severe kidney failure, waves of these dreadful feelings washed over them.

As each minute ticked by, they wondered if Joey would live or die.

Sitting by their son’s bedside, seeing Joey’s young life hang in the balance, Stacey and Michael were in utter disbelief.

“We kept thinking: What in the world could have happened? Why was our perfectly healthy Joey now battling just to survive?” Michael told us with a still-heavy heart.

Home-Cooked Hamburger Dinner Lands Joey in the Hospital with HUS

After putting in a long day of work and school, Stacey, Michael, and Joey sat down together for dinner. Dad played chef, cooking up some hamburgers. Especially sensitive to the potential dangers of undercooked food, Michael was diligent about cooking the meat thoroughly.

After eating, everyone seemed fine. They all went about their usual nighttime routines and soon found themselves in bed for some shut eye.

But, after a couple of days, life was anything but normal.

On the morning of May 23, all hell broke loose.

First, Joey started feeling nauseous. The Lents figured it was just a stomach bug that would clear up soon. Even so, Joey wasn’t feeling up to much, so they canceled camping plans they had for that Memorial Day weekend.

As Stacey looks back, “Thank goodness we weren’t in the woods when Joey’s symptoms started to worsen.”

And worsen they did.

From May 23 through the next five days, Joey went from having severe nausea to repeated bouts of bloody diarrhea. Several trips to the pediatrician and the emergency room ensued. On May 28, Joey was given IV fluids at his pediatrician to offset dehydration, and blood tests were ordered.

“We became very concerned when Joey’s lab tests came back showing anemia, with liver and kidney abnormalities,” shared Stacey. “Joey had made no trips to the bathroom to urinate after having IV fluids. That evening, we took him to our University Medical center ER, where they recognized what the other doctors had not: Joey had hemolytic uremic syndrome (HUS) and his kidneys were shutting down. That was the beginning of a long, painful, and terrifying three-week hospitalization for acute kidney failure.”

Shortly after Joey’s hospital stay, the Lents learned why their son became so sick: Testing showed that the meat used for their hamburger dinner was contaminated with E. coli O157:H7. The ground beef they purchased at their local grocery store was tied to an outbreak in Arizona that affected several other children.

Prior to Joey’s ordeal, Stacey and Michael didn’t pay much attention to how or where their food was produced.

This has changed dramatically.

“For the most part now, we buy and eat locally-produced food. Eating organic is also important to us. We’re busy people, but this has become a top priority,” says Michael. “We frequent our local farmers’ market on the weekends, where we regularly stock up on organic produce. We have a local butcher who can grind a chuck roast while we wait if our taste buds are calling out for a ground beef dinner. We’ve also got a few local beef ranchers offering grass-fed beef if we’re hankering for a steak.”

In addition to bypassing the many steps in industry food production— harvesting, washing, manufacturing, shipping, and distribution that greatly increase risk for contamination—eating locally-grown food has a slew of other benefits. 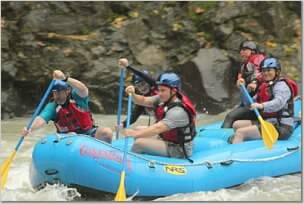 For Michael, here’s what’s at the top of his list of benefits:

The Lents are also eating more of a plant-based diet.

“We’ve moved away from consuming a lot of animal meat like we did in the past. Our diet mainly consists of lots of leafy greens, vegetables, fruits, grains, beans, nuts, and seeds. We drink almond milk instead of cow’s milk. And we love making healthy, delicious green smoothies. Our current favorite is one with spinach, kale, apples and pineapple. It’s so good! You should try it,” shares Michael.

Eating a plant-based diet is important to the Lents because, in their opinion, food from plant sources is safer than animal foods, particularly when you opt for organic fruits and vegetables. They also shy away from processed foods due to health concerns about food additives.

The Lents aren’t full on vegetarian, though. They still eat ground turkey, salmon, and chicken when they cook at home. But, red meat is not regularly on their menu. On rare occasions when they do eat it, the Lents make sure it’s grass-fed beef given that some studies show that grain-fed animals are more likely to harbor the deadly pathogen E. coli O157:H7. If they do order hamburgers at a restaurant, they have them cooked medium-well or well-done and only order it if the beef is grass-fed and produced locally.

Finding Their Silver Lining After a Terrible Tragedy

He’s a happy, active, 16-year-old high school sophomore who’s very involved in showing pygmy goats for 4H (a youth organization administered through the United States Department of Agriculture) and horse judging at his high school for FFA (Future Farmers of America, a student-led organization for students of agricultural education). He also likes filling his days with skiing, sea kayaking, and whitewater rafting, along with cooking, photography, and traveling with Dad. Joey and Michael recently took father/son trips to New York City and Philadelphia.

According to Michael, Joey now towers over the rest of the family at 5’11” and boasts the biggest feet, wearing size 11 ½ shoes.

“Joey has come a long way since the food poisoning experience six years ago. He’s grown into a healthy, happy, handsome, and intelligent young man. He still needs to go up to Phoenix for annual check-ups with his nephrologist, Dr. Morgenstern, who we all think the world of. And while trace amounts of protein are still found in his urine, he’s otherwise doing great,” shares Michael.

The Lent family is closer than ever before.

“One beautiful silver lining is that our family is closer than ever. It’s amazing how sometimes it takes a tragedy to make you sit up and reexamine life. Seeing Joey narrowly escape death made us deeply realize that every day we have together is a precious gift. We feel compelled to spend as much time as possible together. Unlike the past, we don’t schedule our lives to be so busy,” Michael told us.

Last summer, the Lents vacationed in Costa Rica and had a blast. As you see in the photo above, whitewater rafting was a fun highlight. This summer, they’re all off to Alaska for rafting, fishing, hiking, and sightseeing by plane and train.

“When Joey fell ill, STOP was like a rock for us,” says Michael.

“It was a hard, frightening time. I spoke with Margaret, who was so generous with her time and knowledge. She was positive and encouraging, too, which helped buoy me and Stacey as we navigated the murky waters of the whole experience. STOP’s website was also incredibly helpful.”

For Stacey and Michael, both veterinarians, their medical background was a blessing and a curse.

“A blessing because we easily understood what we were being told by medical professionals caring for Joey. A curse because we knew exactly how life threateningly sick he truly was,” laments Michael.

Since finding STOP back in 2009, Stacey and Michael have been generous supporters of the organization and have spoken to families going through the same horrors they did when Joey was sick.

“We want to continue sharing our story and helping others affected by foodborne illness,” emphasizes Michael. “Obviously, everyone has to eat. We’re all at risk every time we take a bite of food. But there are safer ways to eat that lessen our risk of consuming contaminated food that can make us sick.”

And Michael would love your involvement:

“I’m looking forward to getting more people on board with buying their food locally. STOP is unmatched when it comes to connecting with consumers and building awareness with audiences who can affect change, so it will be great working with the STOP team to see what can be done. If you’re passionate about this issue, too, please join us!”

The Lent family lives in Tucson, Arizona where they enjoy whitewater rafting, sea kayaking, hiking, camping, and fishing together. If you’d like to reach out to Dr. Michael Lent to talk about your foodborne illness experience, he welcomes you to email him at mlent@pantanoac.com.

Interested in finding out how you can help? Reach out to Stanley anytime at srutledge@stopfoodborneillness.org.

STOP’s mission is to prevent illness and death from foodborne pathogens and we believe it is important to remember that “Organic” and “Local” do not equal “Safe”. Produce purchased at the Farmer’s Market needs to be washed and handled safely, and safe cooking temperatures apply to locally-sourced meat.

Food safety is the responsibility of everyone in the supply chain. Whether you’re shopping at a national supermarket, the local farmer’s market, or eating in a restaurant we encourage you to know about the food you eat. Speak up and ask about food safety practices wherever you purchase your food.