Understanding How Bacteria Contaminates the Food We Eat

When it comes to food poisoning caused by harmful bacteria lurking in food, we all know about the awful symptoms like vomiting, nausea, and diarrhea that can come with it.

But many people reach out to Stop Foodborne Illness to ask us something they don’t know:

How, exactly, does bacteria get in the food we eat?

So, in this article, we’re tackling that subject to help you understand THREE of the most common ways bacteria can contaminate food.

Before we dive into them, let’s cover a brief primer on bacteria. To begin with, bacteria are ALL AROUND us. They’re in the soil, on animals, in the environment, and inside the human gastrointestinal tract, too.  Most bacteria are friendly and help break down wastes such as dead plant/animal matter. Only a small fraction of all bacteria on Earth are pathogens that can cause disease and, among those, only a few are found in food. If you’ve been following food safety for awhile now, you’re likely familiar with the most common types of these infectious bacteria (called “genera”), which are Campylobacter, Clostridium, Escherichia, Listeria, Salmonella, and Staphylococcus.

Now, here’s a look at how these different bacteria sometimes make their way into the food we eat: 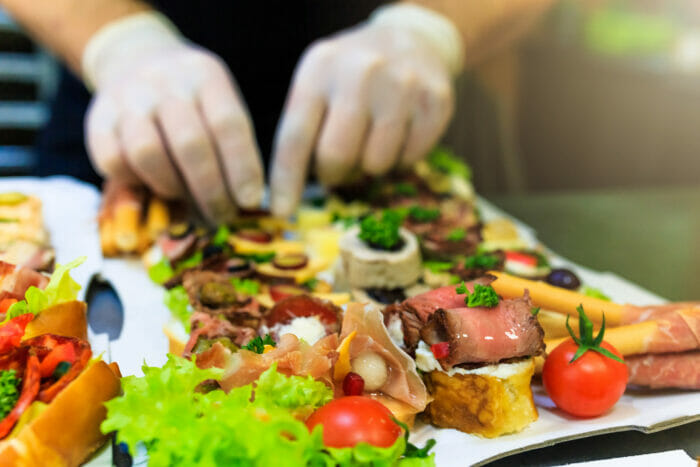 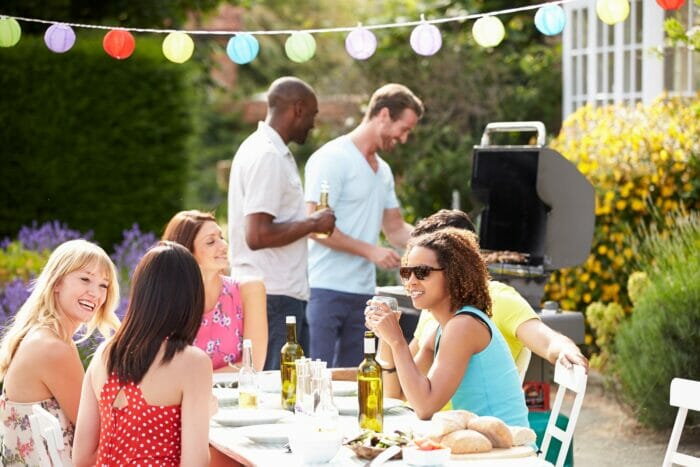 BACTERIA CAN CONTAMINATE FOOD VIA ANIMALS

Bacteria that can cause illness in humans inhabit the intestines of healthy animals like cows and chickens raised for food. E. coli is a typical one. During slaughter of the animals, these germs usually never come into contact with meat and poultry intended for consumption. However, if the intestinal bacteria does transfer onto those foods—such as if the intestines are cut open mistakenly during slaughter—even just small amounts can contaminate the meat/poultry.

Another way bacteria from animals can contaminate food is when water used to grow fruits and vegetables is contaminated by animal feces.

BACTERIA CAN CONTAMINATE FOOD VIA HANDLING OF FOOD

Along the food chain, there are many people who handle the food we eat. Farm workers, employees in processing/packaging plants, cooks, waiters, and consumers—all these people have potential to contaminate food with harmful bacteria. One of the most common ways this can happen is when people touch food without having washed their hands properly first.

At any given time, our hands have loads of bacteria on them! And this is especially true after you’ve used the bathroom. So, one of the best ways all of us can prevent foodborne illness is being ever so diligent about washing your hands before and after handling food.

When stored at the wrong temperature—or when kept out at room temperature too long—bacteria can multiply to large amounts that cause foodborne illness. For instance, a pizza left out overnight can become highly infectious in those warm, moist conditions.

So, prompt refrigeration or freezing of perishable food is vital for preventing growth of bacteria. Always refrigerate perishable food within TWO hours of being left out or ONE hour when the temp is above 90°F.

Check out more tips on safe storage of food here.