Campylobacter jejuni is the most common cause of bacterial foodborne illness in the United States.  Most cases of campylobacteriosis are associated with eating raw or undercooked poultry.

Outbreaks of Campylobacter are usually associated with unpasteurized milk or contaminated water.

Campylobacter organisms are spiral-shaped bacteria that can cause disease in humans and animals.

Campylobacter jejuni grows best at the body temperature of a bird, and seems to be well adapted to birds, who carry it without becoming ill. These bacteria are fragile.

They cannot tolerate drying and can be killed by oxygen. They grow only in places with less oxygen than the amount in the atmosphere. Freezing reduces the number of Campylobacter bacteria on raw meat.

How common is campylobacter?

Campylobacter is one of the most common causes of diarrheal illness in the United States.

The vast majority of cases occur as isolated, sporadic events, not as part of recognized outbreaks. Active surveillance through FoodNet indicates that about 13 cases are diagnosed each year for each 100,000 persons in the population. Many more cases go undiagnosed or unreported, and campylobacteriosis is estimated to affect over 2.4 million persons every year, or 0.8% of the population.

Campylobacteriosis occurs much more frequently in the summer months than in the winter.

Although Campylobacter does not commonly cause death, it has been estimated that approximately 124 persons with Campylobacter infections die each year.

How do people get infected
with campylobacter?
what are the symptoms?

Campylobacteriosis is most often associated with eating raw or undercooked poultry or from cross-contamination of other foods by these items.

Infants may get the infection by contact with poultry packages in shopping carts.

Most people who get ill with campylobacteriosis get diarrhea, cramping, abdominal pain, and fever within two to five days after exposure to the organism. The diarrhea may be bloody and can be accompanied by nausea and vomiting. The illness typically lasts one week. Some infected persons do not have any symptoms.

In persons with compromised immune systems, Campylobacter occasionally spreads to the bloodstream and causes a serious life-threatening infection.

Animals can also be infected, and some people have acquired their infection from contact with the stool of an ill dog or cat. The organism is not usually spread from one person to another, but this can happen if the infected person is producing a large volume of diarrhea.

A very small number of Campylobacter organisms (fewer than 500) can cause illness in humans. Even one drop of juice from raw chicken meat can infect a person. One way to become infected is to cut poultry meat on a cutting board, and then use the unwashed cutting board or utensil to prepare vegetables or other raw or lightly cooked foods. The Campylobacter organisms from the raw meat can thus spread to the other foods.

How does food or water
get contaminated with campylobacter?

Many chicken flocks are infected with Campylobacter but show no signs of illness. Campylobacter can be easily spread from bird to bird through a common water source or through contact with infected feces.

When an infected bird is slaughtered, Campylobacter organisms can be transferred from the intestines to the meat.

In 2005, Campylobacter was present on 47% of raw chicken breasts tested through the FDA-NARMS Retail Food program. Campylobacter is also present in the giblets, especially the liver.

Unpasteurized milk can become contaminated if the cow has an infection with Campylobacter in her udder or the milk is contaminated with manure.

Surface water and mountain streams can become contaminated from infected feces from cows or wild birds. This infection is common in the developing world, and travelers to foreign countries are also at risk for becoming infected with Campylobacter.

I was intubated and put on a ventilator, I would remain on life support via a tracheostomy for 3 months. I cannot begin to describe the horror I went through during this time. The pain, isolation within my mind not being able to talk or move, the helplessness, as well as the stress my body was going through. My B/P and heart rate would reach dangerous levels since my autonomic nervous system was affected; I was in trouble.

How is an infection
diagnosed?

A Campylobacter infection is diagnosed when a culture of a stool specimen yields the organism.

treatment of a campylobacter infection

Almost all persons infected with Campylobacter recover without any specific treatment.

Patients should drink extra fluids as long as the diarrhea lasts. In more severe cases, antibiotics such as azithromycin or erythromycin can shorten the duration of symptoms if given early in the illness. Your doctor will decide whether antibiotics are necessary.

Most people who get campylobacteriosis recover completely within two to five days, although sometimes recovery can take up to 10 days.

Others may develop a rare disease called Guillain-Barré syndrome that affects the nerves of the body beginning several weeks after the diarrheal illness. This occurs when a person’s immune system is “triggered” to attack the body’s own nerves resulting in paralysis that lasts several weeks and usually requires intensive care.

Campylobacteriosis is not a nationally notifiable disease, although many state health departments do track cases.

Physicians who diagnose campylobacteriosis and clinical laboratories that identify this organism should report their findings to the local health department.

If many cases occur at the same time, it may mean that many people were exposed to a common contaminated food or water source which might still be available to infect more people.

When outbreaks occur, community education efforts can be directed toward proper food handling techniques, and toward avoiding consumption of raw (not pasteurized) milk.

from the National Institutes of Health
Guillain-Barré Syndrome Fact Sheet

“Tests were run, blood work was drawn, stool cultures were taken. Izzy had to lay clothing-less in the bed … her bottom was ruby red and bleeding. A student nurse from Uganda was the only nurse that came in and rocked her and showed her loving attention. She sang to her, caressed her little head and told her everything was going to be alright.” 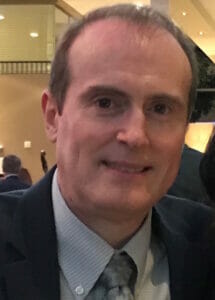 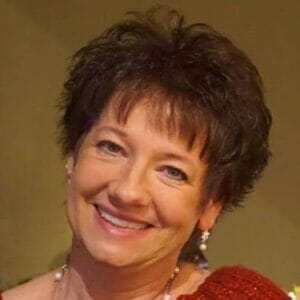 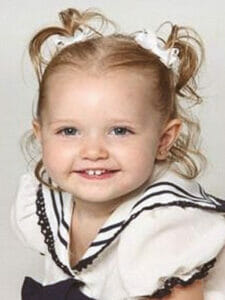